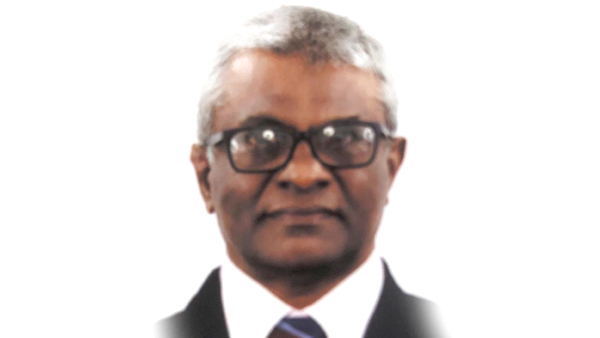 Selvin Bulathsinghala, better known as Bulath, one of the top ruggerites to come out of St. Anthony’s College, Katugastota. During his school rugby career he played as a wing-three-quarter. He started his rugby at school in 1974 and ended in 1978.

He led the side in 1977. He was a fine runner and tackler, a player who played with guts. As a winger as usual, he positioned closest to the touch-line and was a fast player of the team. He was a player with the speed to exploit space which helped him to make attacking moves. He also played for the Outstation Schools in 1976 and 1977 and was the vice captain in 1977. He was coached at school by Iswan Omar, Irwin Howie and some of his team mates were M. Ali, Nihal Viper Guanrthne, Hiran Jayasundara, Sisira Weerakoon, Adrain Muller, Susantha Wijasiri, Rangith Periers.

After school he joined Kandy Sports Club from1977 to 1984 and was a member of the Irwin Howie’s Kandy SC Clifford Cup final team. He was able to score the highest tries in 1982 club season. In 1982 he was in the national rugby pool and played in the same year. He gave his best for rugby for St. Anthony’s College, Kandy Sports Club, Up-Country and the country and earned a good name in the field of rugby. He was attached to the Leaf division of the Ceylon Tobacco Company and gave his best for all sports like Rugger and atheistic and played in the mercantile tournament and became Best Sportsman of the Year in 1984.

He was also a good athlete at school, took part in – 100m, 200m, 400m, and long jump and also was a relay team member. His first school sport was athletics, in 1967 and was the house captain in 1975-76. He also represented the Central Province and Public Schools in 1967 to 1976. His best year in athletics was when he led the school team in 1975 and helped the school in 1976 to win the second place in the pentathlon meet of the Central Group sports meet. He was awarded the coveted Eagle, the highest award at St. Anthony’s College for winning the 4×100 relay in Public Schools sports meet in 1976.

He is keen to give a hand to sports like rugger and athletics, what he did with great enthusiasm. At present he is in Kandy and an ardent rugby fan who never miss a single Kandy Sports Club and St. Anthony’s College rugby match. Bulath had a brilliant rugby career at school and club level.