Initially, the War Memorial was located at Galle Face Green. The foundation stone for this memorial had been laid by Governor of *Ceylon Brigadier General Sir William Henry Manning on December 7. 1921. This memorial had been unveiled by Sir William on October 27, 1923 (at Galle Face Green). It was initially known as Victory Tower. It was initially built to commemorate Ceylonese as well as Europeans who died in action during the World War I.

Cenotaph and the Memorial Wall had been designed by the renowned architect *Sir Edward Lutyens.

During the World War II, it had been dismantled and re-erected at Victoria Park (at present known as Viharamahadevi Park) considered as a safe site. 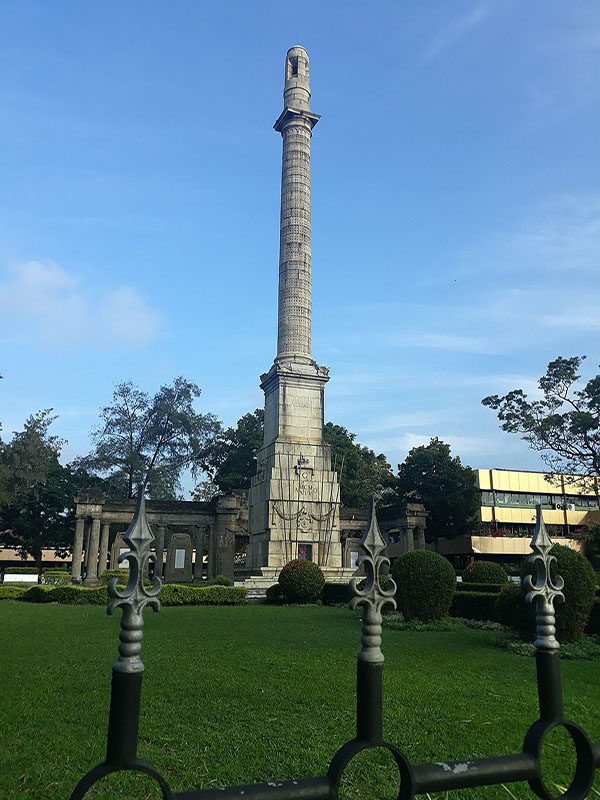 An annual service is held every year at the Cenotaph and the Memorial Wall on *Remembrance Sunday, the closest Sunday to *Armistice Day.