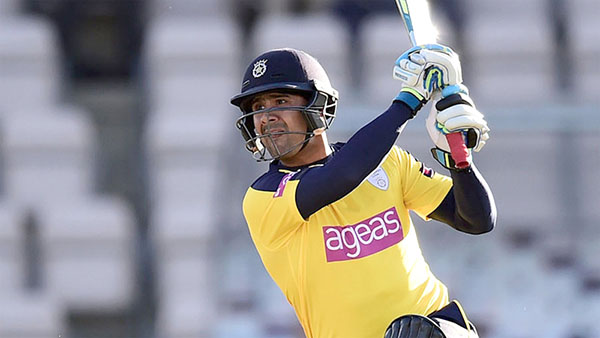 In addition, his presence would certainly be of great value to some of the upcoming talented local cricketers, who have been included in the Dambulla franchise.

In fact, the Dambulla franchise is one of the favourites for the title with several National and former National players like Niroshan Dickwella, Lahiru Kumara, Oshada Fernando, Kasun Rajitha, Upul Tharanga and Angelo Perera in the line-up.

The former Essex and Hampshire batsman is certain to make an impact with the Dambulla franchise having already proved his ability to develop a strong rapport with the players and the support staff within a short period.

Shah, a veteran of 230 T20s will also carry a load of experience under his shoulders having represented the Delhi Daredevils, Kolkata Knight Riders and the Rajasthan Royals in the lucrative Indian Premier League (IPL) T20 Tournament.

His England Test and One Day International (ODI) career of course, ended in 2009 but he kept on playing in the English County circuit until 2015.