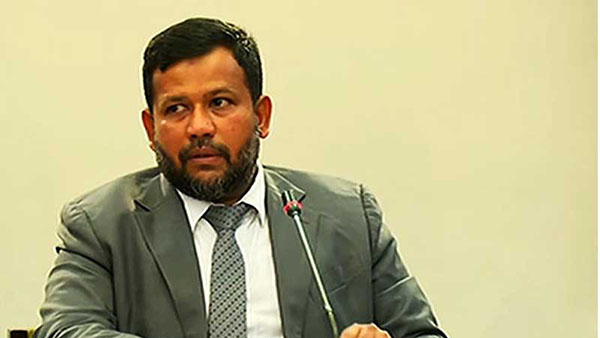 The Court of Appeal yesterday ruled that deforestation of the northern sanctuary of the Wilpattu National Park Forest for the re-settlement of Internally Displaced Persons (IDPs) had been made contrary to law and ordered former Minister Rishad Bathiudeen to bear the full the cost of the tree planting programme in these areas based on the ‘Polluter Pays’ principle.

Meanwhile, the Court of Appeal Court issued an order in the nature of mandamus ordering the Conservator General of Department of Forest Conservation to take action to implement a tree planting programme in accordance with the provisions of the Forest Ordinance in any area equivalent to the reserve forest area used for the resettlement of IDPs.

Accordingly, Court of Appeal issued a consequential order directing Rishad Bathiudeen, the seventh respondent in the petition to bear the full the cost of such a tree planting programme applying the polluter pays principle as according to the evidence before Court he was instrumental in using the reserved forest land for the re-settlement of the IDPs.

The Conservator General, Department of Forest Conservation was directed to calculate the costs of the tree planting programme directed by Court and inform Rishad Bathiudeen of this cost and the details of the account to which the said sum should be paid by him within two-months of the date of the judgment. The Court of Appeal ordered that Bathiudeen should pay the said sum within one month of such notification.

The Court observed that seventh respondent Bathiudeen was instrumental in getting the reserved forest released for the re-settlement of the IDPs.

The Court of Appeal observed that in terms of Article 28(f) of the Constitution, it is a fundamental duty of every person in Sri Lanka to protect nature and conserve its riches. This includes public officials and representatives of the people like the 7th Respondent Bathiudeen.

“In Buddhism, the Kutadanta Sutta states that it is the responsibility of the Government to protect trees and other organic life and that the government should take active measures to provide protection to flora and fauna,” Justice Janak de Silva observed.

Justice Janak de Silva concluded that he made relief pertaining to the petition based on the finding that the re-settlement of the IDPs in this case has been made contrary to law.

Maraichukkaddi/Karadikkuli Reserve Forest standing westward of Wilpattu blocks II and IV and the forest area in Madhu, Periyamadu and Mannar area which is part of the Madhu Road Sanctuary and Madhu Road Reserved Forest.

The Petitioner stated that a vast area of approximately 2000 Hectares in the forest complex adjoining the Wilpattu National Park (Northern Sanctuary of Wilpattu National Park and Maraichukkaddi /Karadikkuli Reserved Forest Stands westward of Wilpattu Blocks II and IV) had been cleared, divided into plots, roads paved and unauthorized Settlements established causing irreparable damage to the whole environment, the ecosystem and wildlife habitats.

The Petitioner further stated that approximately 1,000 hectares of forest in Madhu, Periyamadu and Sannara area which is part of the Forest complex (Madhu Road Sanctuary and Madhu road Reserved Forests) had similarly been destroyed for settlements.

The Petitioner further stated that around 1,500 families have been illegally settled in cleared areas belonging to the Maraichukkaddi /Karadikkuli Forest Reserve and in the forest complex of Madhu Road reserve and Madhu road sanctuary which come under the purview of Forest Ordinance No. 02 of 1937 as amended.

The Petitioner states that in several plots of lands approximately 50 Acres in the Northern sanctuary of Wilpattu National Park which comes under the purview of Fauna and Flora Protection Ordinance, permanent and temporary houses and other structures have been erected and cleared for the road construction.

The Petitioner has information that the former Minister of Industry and Commerce Rishad Bathiudeen has been involved in mobilizing deforestation of these forest reserves and establishing a settlement under the pretext of resettlement of IDPs.

The petitioner further sought an order in the nature of Mandamus ordering the 1st Respondent to take action against the illegal removal of forest cover and re-instate the forest lands to the forest reserve and organize a forest replanting program under and in terms of the provisions of the Forest Ordinance No.16 of 1907.