The Definitive Answer To 20 Of Your Biggest Health Questions

Thanks to the eLanka member who emailed the following. If you are the author of this great write up, kindly email us at info@eLanka.com.au and we will add you as the author! Thanks! 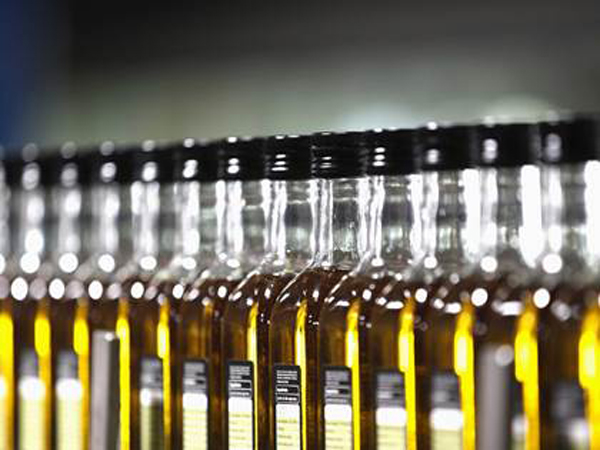 Short answer: Yes
The health benefits of olive oil come from the presence of polyphenols, antioxidants

that reduce the risk of heart diseases and cancers.
But to get these healthy compounds, consumers should buy good-quality, fresh “extra-virgin” olive oil, which has the highest polyphenol content. Most commercially available olive oils have low levels of polyphenols associated with poor harvesting methods, improper storage, and heavy processing. 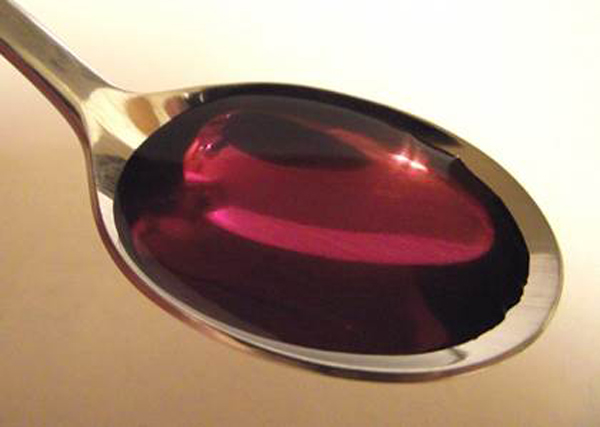 Short answer: No
In 2006, the nation’s chest physicians agreed that the majority of over-the-counter cough medicines don’t actually work.

These colorful syrups typically contain doses of codeine and dextromethorphan that are too small to be effective.
Only cough suppressants that contain older antihistamines seem to relieve coughs.

That includes brompheniramine, an active ingredient in Dimetapp. 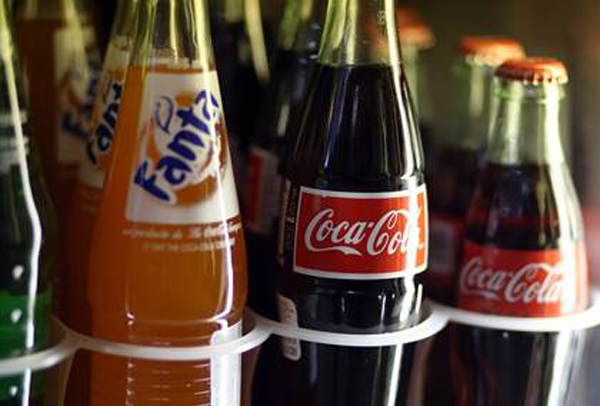 Short answer: Yes
The majority of health research is stacked against sugar-sweetened soda. A large 2004 study in the Journal of the American Medical Association found that women who drank one or more sugary drinks per day increased their risk of developing type 2 diabetes by 83% compared to those who consumed less than one of these beverages per month.

Do I need sunscreen with more than 30 SPF? 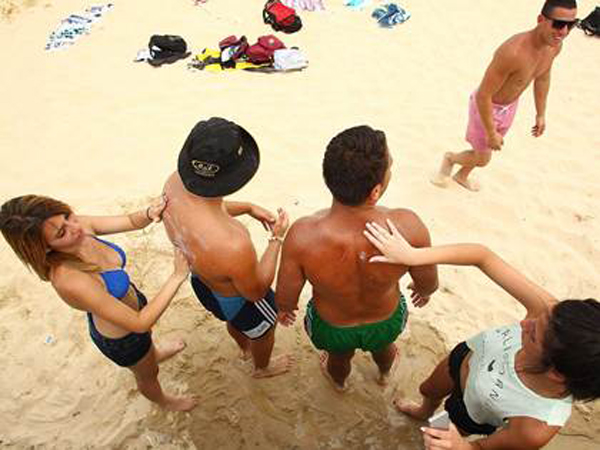 Short answer: No
Sunscreens with an SPF (sun protection factor) of 30 block about 97% of ultraviolet rays,

while sunscreens with an SPF of higher than 30 block 97%-98%.
It’s more important that you choose “broad-spectrum” sunscreen, meaning it protects against both UVB and UVA rays.

Sunbathers also need to apply a generous amount of sunscreen in order to get the full benefit of the SPF.

Is the MSG in Chinese likely to give you a headache? 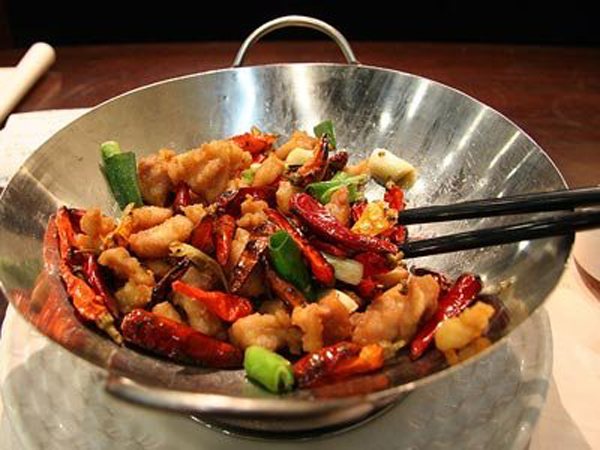 Short answer: No
A review of 40 years of clinical trials, published in the journal of the American Academy of Nurse Practitioners in 2006,

and the constellation of symptoms that comprise the syndrome,” including headaches and asthma attacks.
The misconception spawned from several poorly-done small studies in the 1960s that seemed to connect MSG with a variety of maladies that people experienced after eating at Chinese restaurants.

Do nuts make you fat? 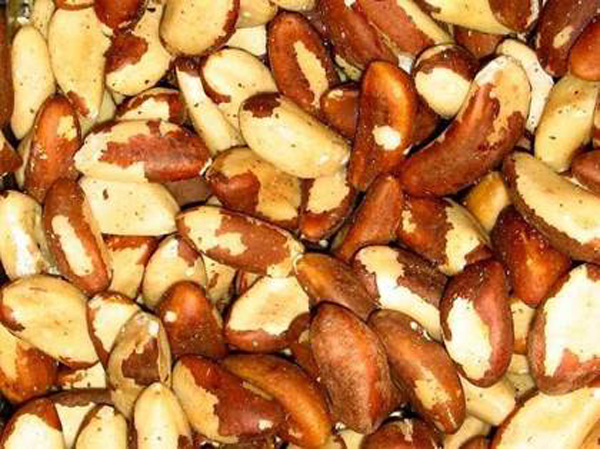 Short answer: No
As much as 75% of a nut is fat. But eating fat doesn’t necessarily make you fat.

The bigger factor leading to weight gain is portion-size.

Luckily, nuts are loaded with healthy fats that keep you full. They’re also a good source of protein and fiber.
One study even found that whole almonds have 20% less calories than previously thought because

a lot of the fat is excreted from the body.

Is walking as effective as running? 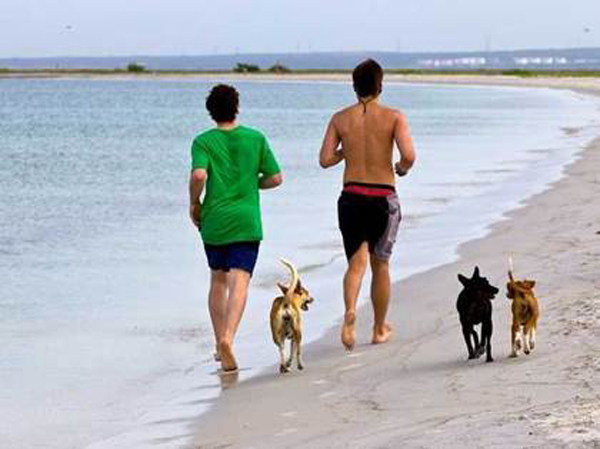 Short answer: Yes
Studies have shown that how long you exercise — and thus how many calories you burn — is more important

than how hard you exercise. Running is a more efficient form of exercise, but not necessarily better for you.
A six-year study published in the journal Arteriosclerosis, Thrombosis, and Vascular Biology in April found that walking at a moderate pace and running produced similar health benefits, so long as the same amount of energy was expended.

Is drinking fruit juice as good for you as eating fruit? Short answer: No
Calorie for calorie, whole fruit provides more nutritional benefits than drinking the pure juice of that fruit.

That’s because when you liquefy fruit, stripping away the peel and dumping the pulp, many ingredients like

Are all wheat breads better for you than white bread? 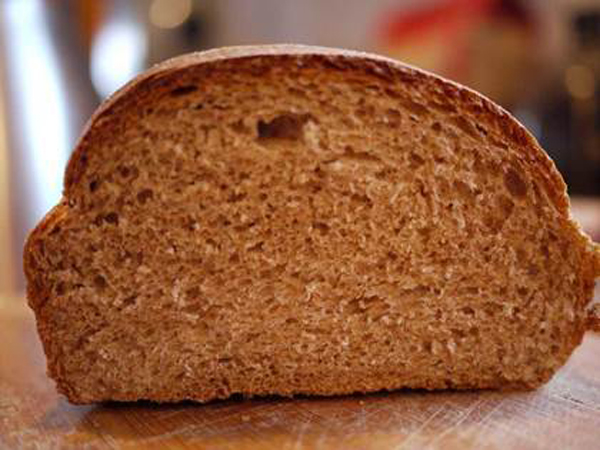 Short answer: No
Not all wheat breads are created equal. Wheat breads that contain all parts of the grain kernel,

including the nutrient-rich germ and fiber-dense bran, must be labeled “whole grain” or “whole wheat.”
Some wheat breads are just white bread with a little bit of caramel coloring to make the bread appear healthier,

according to Reader’s Digest.

Can a hot tub make me sick? 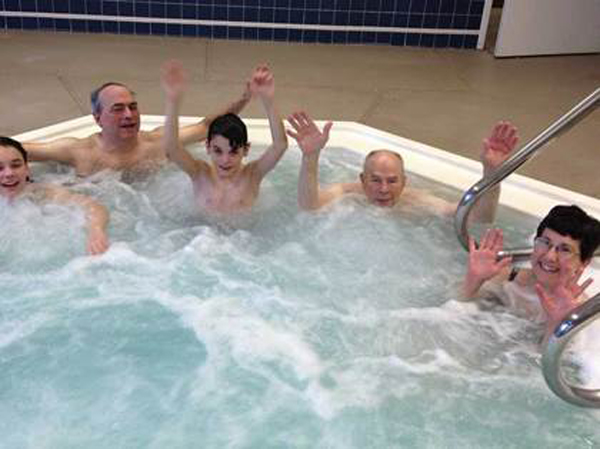 Short answer: Yes
Hot tubs — especially ones in spas, hotels, and gyms — are perfect breeding grounds for germs.
The water is not hot enough to kill bacteria, but is just the right temperature to make microbes grow even faster.

Even though hot tubs are treated with chlorine, the heat causes the disinfectant to break down faster

than it would in regular pools.
The most common hot tub infection is pseudomonas folliculitis, which causes red, itchy bumps.

A more dangerous side-effect of soaking in a dirty Jacuzzi is a form of pneumonia known as Legionnaire’s disease.

This is what reportedly sickened more than 100 people at the Playboy Mansion back in 2011.

Does coffee cause cancer? 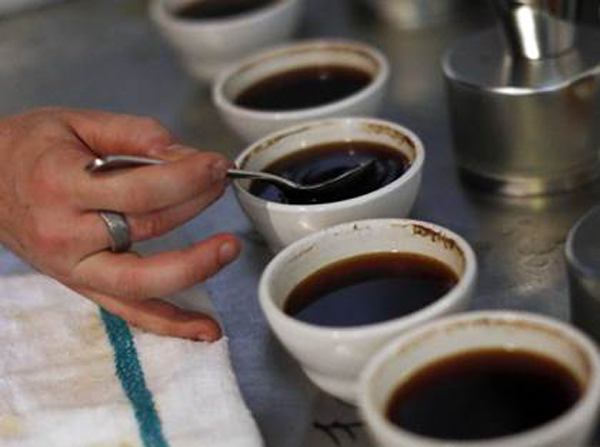 Short answer: No
Coffee got a bad rap in the 1980s when a study linked drinking coffee to pancreatic cancer.

The preliminary report was later debunked.
More recently, health studies have swung in favor of the caffeinated beverage.

Coffee has been linked to a lower risk of type 2 diabetes, Parkinson’s disease, liver cancer, and even suicide. 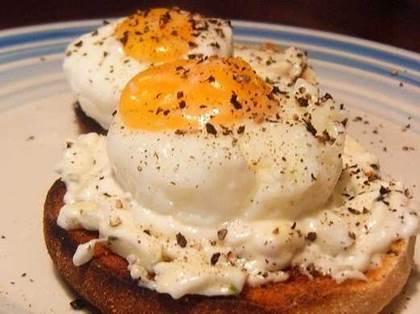 Short answer: No
Although egg yolks are a major source of cholesterol — a waxy substance that resembles fat — researchers have learned that saturated fat has more of an impact on cholesterol in your blood than eating foods that contain cholesterol.
“Healthy individuals with normal blood cholesterol levels should now feel free to enjoy foods like eggs in their diet every day,” the lead researcher from a 25-year University of Arizona study on cholesterol concluded.

Can you drink too much water? 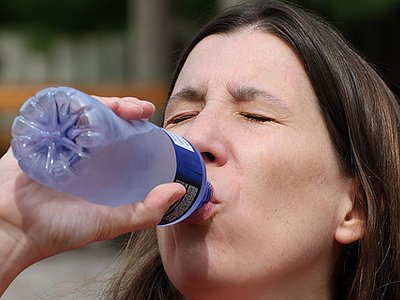 Short answer: Yes
It is very rare for someone to die from drinking too much water, but it can happen.
Overhydrating is most common among elite athletes. Drinking an excess of water, called water intoxication, dilutes the concentration of sodium in the blood leading to a condition known as hyponatremia.

The symptoms of hyponatremia can range from nausea and confusion to seizures and even death in severe cases.
To avoid this, drink fluids with electrolytes during extreme exercise events. 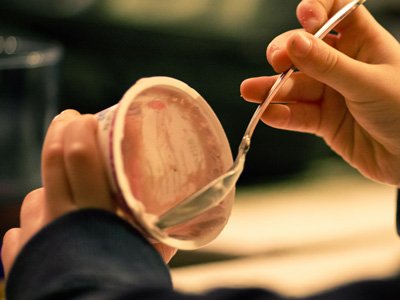 Probiotics can relieve several gastrointestinal problems, including constipation and diarrhea.
Certain brands of yogurts, like Activa by Dannon, are marketed exclusively to treat tummy issues. 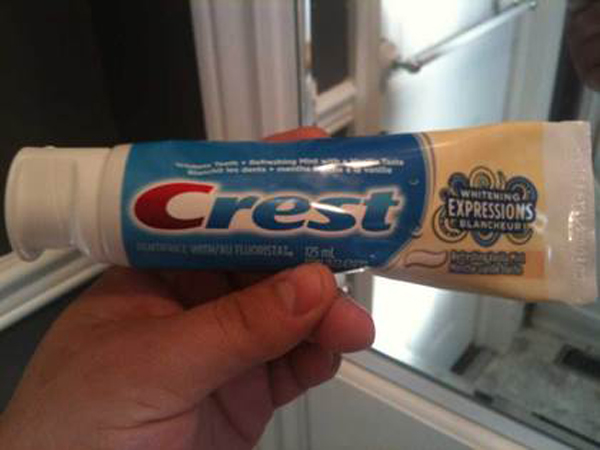 Short answer: No
Whitening toothpastes usually contain peroxides and other strong abrasives that might make

your teeth appear whiter by removing stains. Unlike at-home whitening strips and gels that contain bleach,

these toothpastes do not actually change the color of your teeth.

Is it safe to microwave food in plastic containers? Short answer: Yes
But the plastic container should display the words “microwave safe.” This means that the Food and Drug Administration has tested the container to make sure no chemicals used to make the plastic leech into foods during microwaving.

If chemicals do seep out into food, the amounts are tiny and not dangerous to our health.
As a general guideline, plastic grocery bags as well as most plastic tubs that hold margarine, yogurt, cream cheese,

and condiments are not microwave safe.

Can watching TV ruin your eyesight? 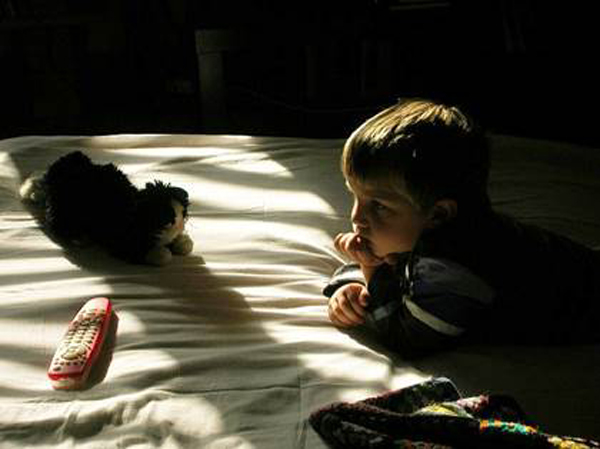 Short answer: No
Watching TV will not destroy your rods and cones as the outdated myth suggests. Before the 1950s,

TVs emitted radiation that could increase an individual’s risk of eye problems after excessive TV viewing.

Modern TVs have special shielding that blocks these harmful emissions.

Is red wine better for you than white wine? 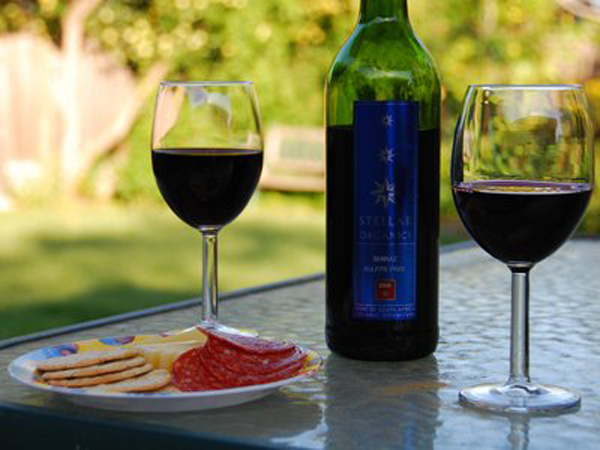 Short answer: Yes
Red wine contains much more resveratrol than white wine, an antioxidant found in the skin of grapes

that has been shown to fight off diseases associated with aging.

Is bottled water better for you than tap water? 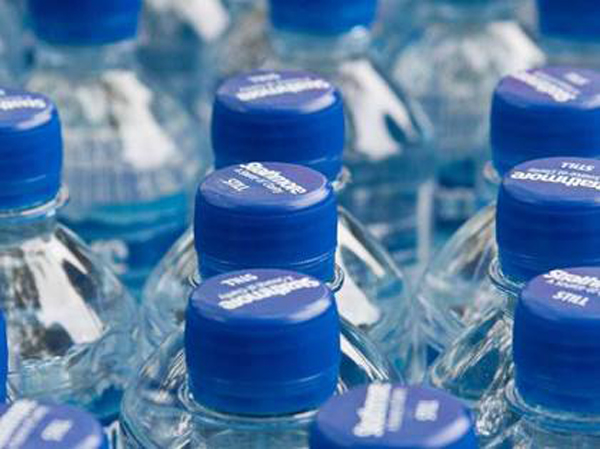 Short answer: No
Bottled water is no safer or purer than tap water, although it is substantially more expensive.
A recent study by Glasgow University in the U.K. found that bottled water is actually

more likely to be contaminated than water from your faucet because it is less well-regulated.
Bottled water and tap water typically come from the same sources — natural springs, lakes, and aquifers.

While public water supplies are tested for contaminants every day, makers of bottled water are only required

to test for specific contaminants every week, month, or year.