The story of Green Cabin – Introduction

There were dozens of restaurants akin to the Green Cabin, but not many have so much history associated with “eating-places”, as this simply named little Cabin. Once again, Max Gerreyn has chosen to send me this most interesting story, which in turn, I would love to have all expatriates read if only to conjure up magic memories of the home that many of us had to leave, some, like your’s truly, very reluctantly.

A little added note here. I take this chance to thank everyone who send in their “stories” to eLanka. While we appreciate every effort, eLanka prefers to keep out of Politics & Religion based articles, as much as possible.

We leave these things to the various Television Channels, and there are more than enough Social Media “scoops” out there right now, (even with a global pandemic in full swing), that keep repeating P & R Breaking News, even though this “news” has long since, been broken.

So, once again, thank you good people for helping us to ensure that eLanka provides reading matter that does not

cause any unnecessary friction. Memories are very often, the only thing that human beings are left with, so please enjoy this memorable story of OUR GREEN CABIN in old Ceylon, now Sri Lanka.

The story of Green Cabin 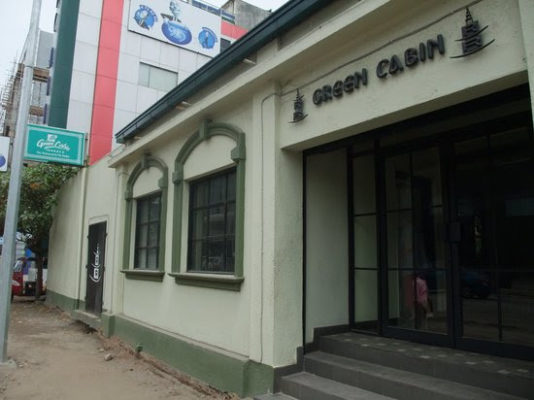 The story of Green Cabin begins in 1884 when the Ceylon Tea Kiosk was established in the jetty of the Colombo Harbour. A group of enterprising British planters were the founding fathers of this establishment. Their objective was to sample their product, Ceylon Tea, to visiting tourists. 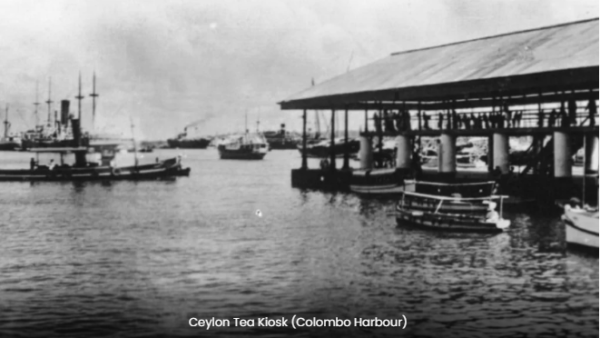 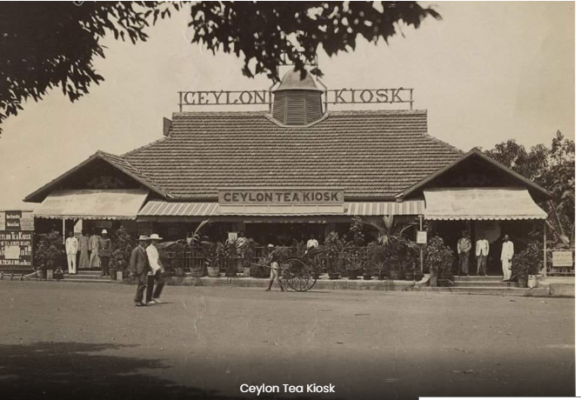 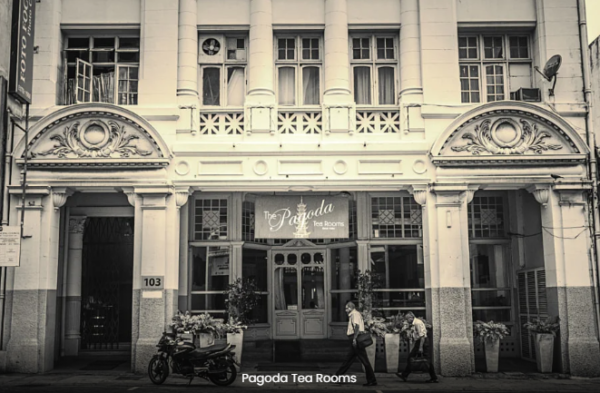 Following the first world war, Mudaliya Thomas Rodrigo purchased controlling interest in the Pagoda Tea Rooms. By this time, the Colombo Fort had become a hub of activity. From Baillie Street, the Pagoda Tea Rooms shifted to its iconic Chatham Street location which has been featured in pop culture media such as the Duran Duran’s Music Video, Hungry Like The Wolf.

The Mudaliya, who had invested his wealth in the business, was growing old and tired. He then entrusted his eldest son Cyril Thomas Rodrigo to take over the business.

​Young, energetic and fresh from his college learning, Cyril Thomas Rodrigo took up the challenge and immersed himself in the operations of the Pagoda Tea Rooms. Very much like his father, he found himself totally conversant with the trade. Catering and restauranteering seemed to have been a part of his blood. 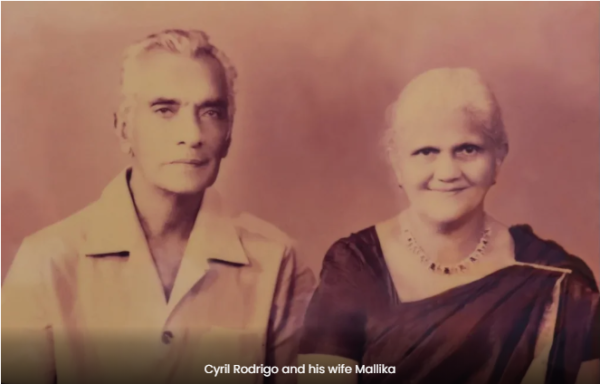 Cyril would innovate, experiment and create new items for the menu. He was personable and would find time to talk to his customers, learn of their needs and deliver. He became a popular figure amongst both his patrons and his staff. Being detail oriented, it was his vision that drove the business and saw beyond the horizon.

​It was during his time that Sri Lankan food was introduced to the menu. It must also be noted that the famous ‘cheesecake’ (which has no cheese) was founded – a truly authentic invention of the Pagoda Tea Rooms.

A new line of business

The worldwide depression of the 30’s had taken its toll. The Pagoda Tea Rooms also suffered, and times were not as good as they were. The Mudaliyar was unsure of the future of his investment.

Young Cyril endeavoured to build the business. He concentrated his times and efforts towards the management of the Pagoda Tea Rooms. His wife Mallika was a natural in the culinary art. Her innovative contributions, support, belief and luck brought strength to Cyril.

​The far thinking Cyril developed a new line of business. He undertook to cater at “receptions” hosted in the leading residences of Sri Lanka. This service gained a reputation for its excellence overnight. His catering services extended to all parts of the island. No place was too far nor was any function too small for the Pagoda Tea Rooms to accept the order.

​History records that Cyril catered to receptions hosted in the deep south to the far north. His personal attention and presence was the hallmark of this service.

At the outbreak of the 2nd world war, the colonial partners sold their equity to Cyril and returned to their motherland to serve their country.

​The 2nd world war was not a welcome sign to the Rodrigo’s. In fact, it was perceived to be a gloomy period. Now with a home to manage, five children to educate and a loan to repay the Pagoda Tea Rooms seemed a white elephant.

​Cyril with his vision of seeing beyond the horizon borrowed even more money and purchased the Green Cabin from Mrs. De Vos, she was a lady of Dutch origin and had established this restaurant in 1936 in the heart of Colombo’s residential district.

​He proudly boasted that his two restaurants never closed during the days of the war, even though many others put-up shutters and evacuated from the capital city following the bombing of Colombo.

​The patronage of a large number of servicemen stationed in Colombo and the enhanced custom from the local patrons helped to yield high profits. Cyril was fast to settle his borrowing with these earnings.

​As the years went by, his other two daughters joined the business and contributed towards its management and growth. Indrani, the eldest of the five joined in 1969 followed by Sinthatmany who joined the company in 1973. In 1977, Mahesa, Cyril Thomas’ oldest son joined his brothers and sisters to share in their father’s pioneering vision. 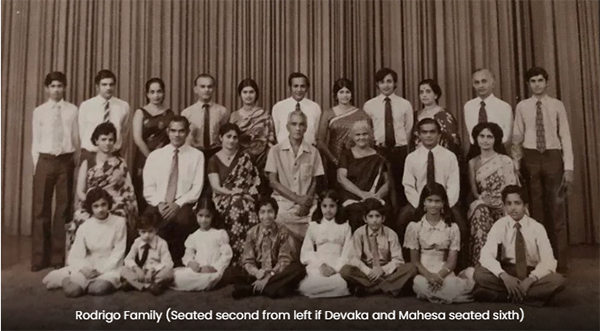 Cyril Rodrigo Restaurants is a unique institution. It’s a family business with a special character. A place where times has stood still. A legend that will never be forgot.

The unity and harmony that the legendary Cyril Thomas Rodrigo fostered has kept this institution in good shed. His beliefs are still upheld. He is revered and remembered with affection, admiration and gratitude. 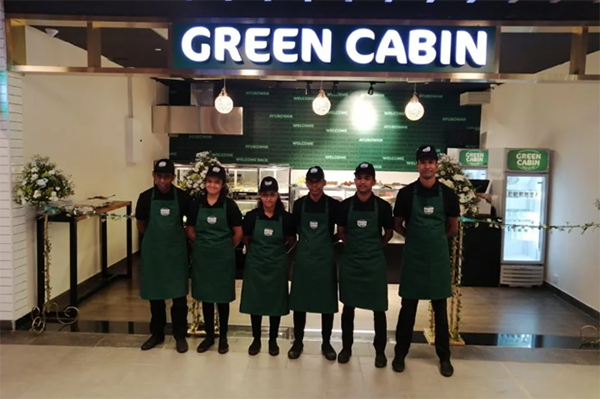 Cyril Rodrigo Restaurants was perceived to be a family business and has remained thus, since its inception. Cyril’s vision for this unique institution is still upheld and will be upheld in the years to come from generation to generation.