“WHITHER GOES’T THOU”? – By Des Kelly 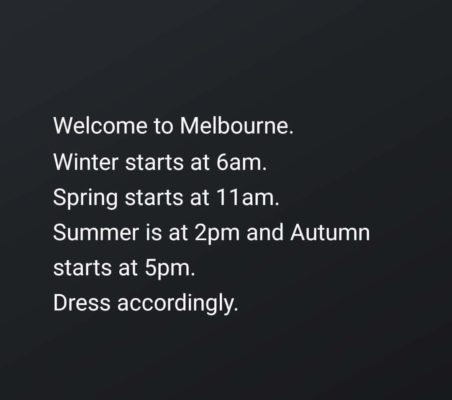 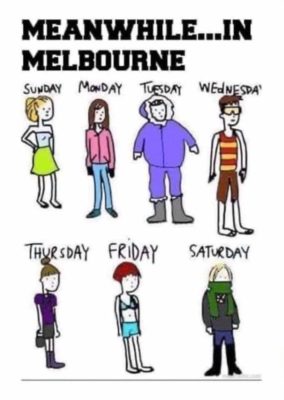 Answering the above question, William Shakespeare, of a latter era (of course), would assure us that if one wished to experience four Seasons in one day, Melbourne, Australia would have to be the only City in the whole wide World where this would be possible. It did not really matter whether the weather began with Spring, Summer, Autumn or Winter, people in Melbourne would be expected to be suitably attired, or face the consequences. One would think that Melbourne- born Australians would be quite used to the vagaries of climate-change, but, no, it seems quite impossible for anyone to climatize accordingly. Anyway, Melbourne is still the best City in the World, so, if the question Whither goes’t thou ?, is put to me, my answer would unhesitatingly be, Melbourne, for Your’s Sincerely,