A better way to check your diabetes:

Most Sri Lankans do ignore a simple test to check for diabetes when required after the age of 40, as they do not realise the serious issues of the disease and the ability to control better when detected early. Those who have a family history of diabetes do check to find out whether they have got high blood sugar levels.

To check for fasting blood sugar finger prick test would do. If you have your own glucose testing monitor, you could check it at home when required. In a normal non-diabetic person the reading would be about 90mg/dl. (6 mmol/l). When it reaches 126mg/dl (6.9mmol/l) you would be considered a pre-diabetic. The complications with pre-diabetes and full blown diabetes are similar. So, it is important at the pre-diabetes stage to nip in the bud by eating low GI foods and exercise daily

END_OF_DOCUMENT_TOKEN_TO_BE_REPLACED

When breast cancer is detected early removal of the breast is the most common management, with or without adjuvant, radio and chemotherapy. Mastectomy is the name given to breast removal. In the past radical mastectomy was the standard treatment when the cancer was limited to the breast tissues and local underarm glands. This includes the removal of the breast tissues, regional lymph glands within the breast and the arm-pit, plus the pectoralis minor muscle for better exposure for the removal of the lymphatic tissue. END_OF_DOCUMENT_TOKEN_TO_BE_REPLACED

Do Mangoes raise blood sugar among people having diabetes?

All fruits have fructose and they are converted into glucose in the gut, and absorbed as glucose. Doctors will tell you not to eat too many fruits if you have diabetes as your anti-diabetic medication will not be able to normalise blood sugar levels. 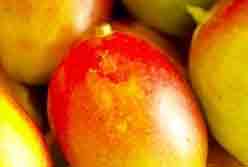 END_OF_DOCUMENT_TOKEN_TO_BE_REPLACED

Why do your legs swell? 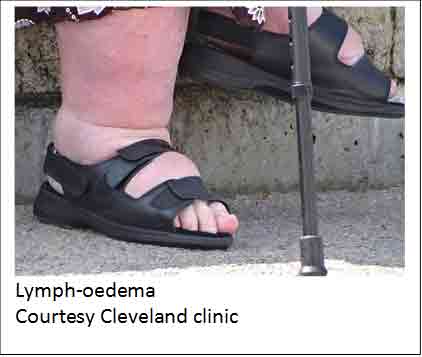 When you are young and active swelling of the legs and round the ankles are a rarity unless you suffer from a disease like nephritis- chronic inflammation of the kidneys due to many reasons.

Venous blood pumping from the feet and legs work efficiently through the pumping action of the peripheral heart and that would be your calf muscles. There is an efficient lymphatic system which takes extra-cellular body fluids in the legs towards the heart an additional system to remove fluid (lymph) from the lower extremity. END_OF_DOCUMENT_TOKEN_TO_BE_REPLACED Nomads in the Middle East and Central Asia carried milk in containers made from animal stomachs, when bottles were unheard of then. When on the move the milk got curdled due to an enzyme called rennet remaining in those stomachs which separated the milk into curds and whey. This was an accidental discovery. There are murals in Egyptian tombs showing the way cheese was made, then.

Sri Lankans don’t traditionally use cheese in their curries. It is too expensive and that would be the main reason why it’s not included in the Asian cuisine. If you cook with cheese, you can use it straight from the fridge in the frozen state. If it is used as an appetiser or to settle your stomach after a heavy meal, it is best to serve at room temperature.

Soft cheeses are sometimes referred to as fresh cheeses. They are ricotta, feta, and cottage cheese among others. These cheeses mature for a short time and being creamy could be used as a spread on your sandwiches. They are used as dips and good for cooking. You add into salads and cooking to get that salty taste that normal sea salt does not provide.

Those people who are advised to eat less salt can substitute with soft cheese.

Cheese comes in all shapes and sizes. Some names are Goud, Havarti, and Muenster and so on. Some Italian cheeses like mozzarella belongs to a group called pasta filata.

The harder cheeses like cheddar and Parmesan can be grated into macaroni and casserole. It is best that these cheeses are hard when it’s taken out of the fridge.
When mould sets in to cheeses it’s called veining and it is created by adding a type of mould called penicillium roqueforti during the making. These are called Blue cheeses and a well-known blues are Gorgonzola, Roquefort, Maytag Blue and Stilton.

All varieties of cheeses are made with the same four ingredients: milk, a starter culture, salt, and rennet. It is made mainly from cow’s milk, also made from goat, buffalo and sheep milk.

Cheese has saturated fat and should not be eaten excessively as a routine. It provides calcium, selenium, phosphorus and zinc. Cheese is among the richest dietary sources of calcium which plays a role in bone and teeth health. It has vitamin B12 an important mineral for the wellbeing of the nervous system. It provides adequate protein for those who don’t eat meat. The majority of proteins in cheese belong to a family of milk protein called casein. It lowers your blood pressure and lowers the risk of heart disease and type 2 diabetes. Cheese has lot of salt but you can always chose low-sodium cheeses like mozzarella. Cheese has vitamin A, Vitamin K2 and riboflavin

Keep cheese in the original wrapper in your fridge’s vegetable drawer. It is warmer there than in the meat drawer. Once open,cover the expose area with the same wrapper to prevent mouldy spots. You can always cut away the mouldy spots and the rest is okay.

Check on the label and always select cheeses made from pasteurised milk. Unpasteurized milk has a higher chance of getting listeria.
There is no fibre in chees. It has mono and polyunsaturated fats in addition to the saturated fat.

Is cheese really good for you?
Cheese is bursting with calcium, and many vitamins mentioned earlier. It is calorie dense and full of fat. It is good for you in moderation.
(Some ref: WebMD)

Alcoholic drinks when having diabetes

Yes, true, people having raised blood sugar need to be careful drinking alcohol. They still can enjoy a drink or two without guilt, but intelligent drinking is the solution. Men with diabetes can still enjoy two drinks a day, just like the non-diabetics and women too can have just one drink a day.

A sugary drink like a cocktail can raise your blood sugar, and if you are on insulin medication you could whack small insulin shot to maintain a steady blood sugar level. Those on anti-diabetic tablets unfortunately may not have this flexibility.

If you drink on empty stomach, on the other hand a strong alcohol drink will bring your blood sugar level too low. END_OF_DOCUMENT_TOKEN_TO_BE_REPLACED We need water for transporting nutrients in the body from cell to cell. It is a wonderful God-given solvent, sometimes we refer to as ‘Adam’s Ale’. We need water for our temperature regulation, muscles activities, joint lubrications maintain electrolyte balance, control of pH, and proper functions of organs like liver, brain and kidneys and getting rid of waste material among others. END_OF_DOCUMENT_TOKEN_TO_BE_REPLACED As you grow up you could manufacture stones (calculi) in your body, such as in organs like the gall bladder, kidneys and so on. Our discussion today is about kidney stones emphasis on oxalate stones.

Most kidney stones include calcium stone which are radio-opaque and seen on plain X rays. They are mainly oxalate stones a naturally occurring substance in food-vegies fruits nuts, chocolate and so on as oxalic acid.
One cannot pin-point the cause or causes that create kidney stones. Taking too much of calcium do not produce calcium oxalate stones, either. These stones form when your urine contains more crystal-forming substances that you eat. High doses of taking vitamin D supplements, intestinal bypass surgery and several metabolic disorders can increase the concentration of calcium or oxalate in urine. END_OF_DOCUMENT_TOKEN_TO_BE_REPLACED

The average life expectancy at birth was 68 years and 6 months for males and 73 years and 6 months for females during 2010 and 2013, figures released by the United Nations World Population Prospects 2012 Revision. Japan leads the figures with both sexes expectancy of 83.7, followed by Singapore, Switzerland and Australia; in that order The lowest expectancies are Angola and Sierra with a life expectancy of 52.4 and 50.1 respectively.

In an ideal situation when age turns into ageless, humans will still die prematurely. It is the biological age and expected life span that would be everlasting, but through one’s journey in life could contract debilitating chronic diseases, traumatic experiences, dementia, Alzheimer’s and so on and demise.

WE age because our cells age and our telomeres get shorter.