Why Chicken Skin Is Good For You 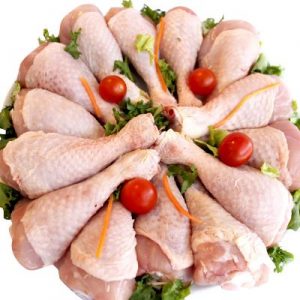 When eat chicken curry along with other curries and rice, we hardly think of removing the skin before we eat, never thought about any healthy points either. Chicken up to twice or thrice a week is good for you. Chicken, along with fish and turkey, is white meat and often recommended for a healthy lifestyle. Your chicken intake in your daily meals can be in many different healthy ways such as baking or grilling chicken breast or serving it with a variety of sauces and vegetables. It is, however, important that this chicken be skinless and certainly not fried.

People even eat chicken up to 5 and 6 times a week, may be because they do not like other things such as pork and beef. As long as the chicken is cooked healthily and eaten in limited portions, it will not be health hazard. For a 1600 calorie meal, about 2 portions of 2 ounce chicken servings are usually served in one day. Instead of consuming chicken as protein every day, you can eat fish, beans, legumes or tofu. Sometimes people a variety of dried fish such as tuna, mackerel and sprats. Places such as Negombo and Chilaw are quite famous for dried fish, prawns and sprats. Some people buy these from the local markets and also from weekly “pola”.

Eating chicken at every meal, especially processed chicken or fried chicken, defeats the purpose of having healthy meal. Often fried chicken is not only loaded with trans fats but is also fried with the skin on adding to the cholesterol and fat count of the meal. Eating too much of anything is bad and that applies to chicken as well. Takeaway shops always sell fried and ready to eat chicken with chips.

So, you should balance your chicken consumption along with other healthy and interesting proteins to keep your system active and healthy. If you don’t eat chicken skin because you think it’s bad for you, fear not; it is high in unsaturated fat that is beneficial for the heart. Don’t eat too much, though, and know how the chicken was raised

The facts: The next time you cook or eat a piece of chicken, be sure to leave some of the skin on. For years, nutritionists and heart doctors have advised us to remove this fattening part of the bird before enjoying it, but as it turns out, chicken skin really isn’t as bad as was originally believed.

In addition to making cooked chicken juicier and more flavourful, chicken skin contains a good amount of heart healthy unsaturated fat. In fact, the majority of fat in chicken skin is unsaturated, according to the Harvard School of Public Health. Consumption of unsaturated fat is believed to be associated with lowered bad cholesterol and blood pressure levels.

However, there is no mistaking that chicken skin is fattening, so, whether or not you are watching your weight, you should not eat too much of it. It’s fine to leave the skin on that broiled or poached chicken breast, because there is very little difference between a 340-gram skin-on piece and a skinless one when it comes to fat content and calories – about 2.5 grams of saturated fat and 50 calories, to be exact. But gorging on large amounts of chicken skin daily is not going to do your heart or waistline any favours. Some people eat chicken and chips on daily basis and that may not be a good idea if you want to keep you healthy.
A little bit with a chicken-based meal occasionally is fine, but I would not go out of my way to eat a lot of chicken skin,” says Sheena Smith, a naturopath and clinical nutritionist at the Integrated Medicine Institute. “Chicken meat, and in particular the skin of the chicken, has more omega-6 fatty acids than any other meat. Omega-6 is an unsaturated fat that increases inflammation in the body and is the driving force behind cardiovascular disease, type 2 diabetes, rheumatoid arthritis and asthma. How you cook the skin is important, too. If you are going to bread or batter and then deep-fry the chicken, then you are turning this whole food into something positively unhealthy. “Every step of processing usually takes a whole food further and further away from its most healthy state,” Smith explains. “As soon as you bread and deep-fry foods you are simply adding more empty calories.”

“Back in the day, people ate the whole bird, skin, fat and all, and they did not have any problems. But this was because the chicken was reared well, unlike today, where most chickens available commercially are injected with hormones and antibiotics and are just highly unnatural. And the sad part is that whatever chemicals are consumed by the chicken is stored in the fat,” says Rucker. “Since the skin contains mostly fat, this part of the bird can be highly toxic when eaten. If you know that the chicken has been reared well, however, then go ahead and consume the skin, but do so in small amounts.”

In battery chicken farming, the main disadvantages are discomfort to the animals and abnormal behaviour which are inherent to the system. The design of the system does not allow bird’s sufficient space for exercise, thus restricting or preventing behaviours such as wing flapping and flying, and leading to disuse osteoporosis that renders birds susceptible to fractures on depopulation.

At a recent presentation, I made my audience gasp when I suggested they stop peeling the skin off chicken. After all chicken is a whole food. Until you start taking things away.

Ever really think about that?

When we talk about whole foods, we mean food that is minimally processed. A product of nature – in its natural form. Eating a whole food means eating all the edible parts. For instance, the fat found naturally in milk. The stem on kale. The skin on apples and potatoes and then, chicken.

But we’ve been told that chicken skin is terrible for us. Unlike beef, which is marbled with fat, the fat on chicken lies just below the skin. We strip it away and breed our chickens to be less and less fatty.

So let me suggest that we stop manipulating food and allow our complex bodies, with systems scientists can barely wrap their heads around, eat food as nature provides it. We are not smarter than nature.

Some people suggest that definitely and recommend eating the highest quality animal products you can get your hands on. That means being picky about your source. If you don’t live near a trusted farm, you can order free-range poultry.
Let’s talk about the kind of fat you’ll find in chicken skin. It’s mainly monounsaturated, in the form of oleic acid. Oleic acid, also found in olive oil, is known for beneficial effects on cholesterol.

Of course there are also saturated fats in chicken skin. This is no accident. Nature provides what the body needs. The body does, in fact, need some saturated fat. So why not eat it?

If you’re in the calorie-counting camp, there’s roughly a 50 calorie difference between chicken with or without skin. Seems a small price to pay for a huge increase in flavour and satisfaction.

Did I mention flavour and satisfaction?

When your food satisfies your taste buds and body’s cravings, you don’t need to eat as much or as often. Sugar cravings subside and you can go back to loving food instead of fearing it.

Fat doesn’t make you fat. If it did, the low-fat/non-fat craze would have given us a country of slender people. Instead, we have an obesity epidemic. It just doesn’t add up. Here’s a thought. Eat the skin that occurs naturally on chicken. Forget marinades, seasonings and complicated recipes! Naturally occurring fats make chicken delicious, as-is. Cooking is easy. I mentioned earlier some people prefer eating chicken biryani. Sometime back, I made a mistake by eating this chicken biryani from a famous five star hotel. These hotels keep these precooked chicken biryani, may be in stock for a week or more because not many people ask for these kinds of chicken biryani from a five star hotel. The possibility is that the rice has a certain bacteria called bacillus cereous that multiply in stored biryani. If you want to eat chicken biryani, try from hotels that prepare them on daily basis than eating from stored, old, out dated chicken biryani. Your comments are welcomed perera6@hotmail.co.uk