by Desmond Kelly ‘the Star of eLanka’ 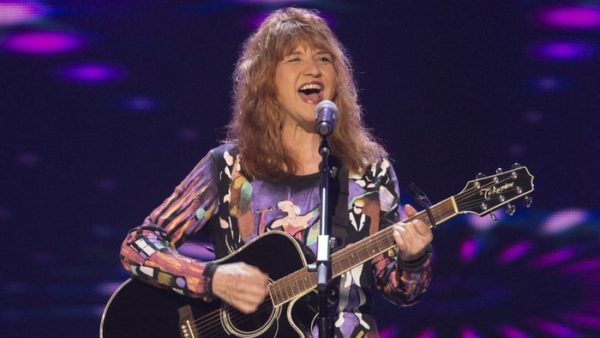 Kacey Jones, born Gail Zeiler in the U.S.A., 1950, died far too early in 2016, was.not too well known in Australia, but as a Singer, Songwriter, Comedienne who recorded a song about Donald Trump’s HAIR, she caught my attention with another clever song about the misfortunes of SOME women everywhere, one supposes. It was, once again, the story of life, but something that happily does not happen too often.

“EVERY MAN I love was either married, gay, OR DEAD”.

He swore that he would leave her
And he’d start a brand new life
But in the end, surprise, surprise
He left me for his wife

Then, I met the sweetest guy
He was too good to be true
He loved to do all those things
Men usually hate to do

When he took me to that bar
I thought we’d find romance
But when I saw Tom, Dick & Harry
I knew I didn’t stand a chance

Chorus, every man I love is either married, gay or dead.

Narrative :- Could this song possibly have a happy ending? .

Well, I finally met the perfect man
Good lookin, single & straight
When we were making love, I thought
Good things come to those who wait

But right in the middle of “you know what”
He gasped his final breath
Well, what a shame, he’ll never know
I loved that man to death.

Chorus, every man I live is either married, gay or dead!

Kacey, it is a shame that you have “carked it” too early in life, but you did give us a few songs to remember you by. Sleep peacefully now & be thankful that you are “out of Trump’s hair”.

** Above song + others are featured on “You-Tube”.