Ceylon Society of Australia: General Meeting with a Speaker on a topic of interest followed by Short-eats and socialising –

Note: All meetings are subject to Covid19 restrictions/lockdowns, and will be held in compliance with safety regulations as required, with proof of full vaccination.

The next meeting of the Ceylon Society of Australia will be at 6.30 pm on Sunday 29 May, at the Pennant Hills Community Centre, Main Hall on Level 1, Ramsay Road, Pennant Hills NSW 2120.

The Speaker will be Dr Leonard Pinto, and the talk will be on “The Evolution of Governance in Sri Lanka.” Attached are his photo and Biodata, with Synopsis of talk.

After a brief question time period, the usual Social will follow. Those able are requested to kindly bring non-sweet savoury finger food. Please avoid cakes with icing as the general preferences are for plain cakes, sandwiches and savoury pastries. As an alternative, a donation to the CSA to help defray costs could be made at the meeting.

SYNOPSIS OF TALK FOR MAY 2022 MEETING BY DR LEONARD PINTO

The Evolution of Governance in Sri Lanka

The history of Sri Lanka can be divided into 3 phases – Pre-Colonial, Colonial and Post-Colonial periods, based on the systems of governance by either a Sri Lankan-Indian monarchy, a Colonial Governor under a Western monarchy or a parliamentary democracy elected by Sri Lankans.

The Pre-Colonial period runs from the 3rd century BCE to the 19th century, comprising the various Kingdoms in the different parts of the country – Anuradhapura Period, Polonnaruwa Period, Dambadeniya and Yapahuwa Period, Kurunegala and Gampola Period, Kotte Period and Kandy Period. Some historians consider the number of kings who ruled the Pre-Colonial Sri Lanka to be 184, but others go up to 295.

The Colonial period goes from 1505 to 1948 – Portuguese for 153 years, Dutch for 138 and the British for 152. The Portuguese were mainly interested in spiritual and temporal conquest, the Dutch in business and the British in expanding their empire. The Portuguese and Dutch ruled only the coastal areas of the country with the Kandyan Kingdom able to resist all attempts at conquest. After losing battles with the Kandyans, the British were able to exploit the rift between the Kandyan king and his chieftains and finally took over Kandy without a fight. With the signing of the Kandyan Convention in 1815, the entire island came under British rule. The Colebrooke Commission in 1831 attempted to streamline and unify administrative and judicial systems in different provinces and the Donoughmore Commission created the Donoughmore Constitution which made provision for training and inclusion of Sri Lankans in the governance of the country from 1931 to 1947.

The Post-Colonial period began with independence in 1948, and from 1956 to 1977 a gradual socialist policy framework attempted to eliminate the prevailing class differences through free education, nationalisation, recognition of the language and religion of the majority population, change of foreign policy direction away from capitalist countries and subsequently to non-alignment status. In 1972 the Governor General position under the earlier Soulbury Constitution gave way to the post of titular President with power vested in Parliament and retained by the Prime Minister, and Ceylon became a Republic within the Commonwealth and changed its name to the original Sri Lanka. In 1978 the Constitution changed again with the introduction of the Executive President as head of state and head of government with the power to choose the Prime Minister from the majority party in Parliament, and Sri Lanka became the Democratic Socialist Republic of Sri Lanka. 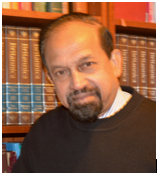 Leonard Pinto is an ecologist by qualification and a historical anthropologist by interest. He is a graduate of Peradeniya (B.Sc.), Colombo (M.Phil.), and the University of Philippines (PhD). He was a lecturer at De La Salle University, Manila, and the Director of its Batangas Marine Research Station from 1980-85. From 1985 to 1991 he was a Senior Lecturer and from 1988 the Head of the Zoology Department of the Open University of Sri Lanka. He was involved with the activities of the Sri Lanka Association for the Advancement of Science (SLAAS) and was President of Section D: Life and Earth Sciences in 1988. He was the President of the Open University Teachers Association (OUTA) for two years.

His research area includes mangrove ecosystems, wetlands and their biota. His publications include the books, Mangroves of Sri Lanka (NARESA, SL 1986), parts of A Directory of Asian Wetlands (IUCN, UK 1989) and Being a Christian in Sri Lanka: Historical, Political, Social and Religious Considerations (Balboa Press, USA 2015), with over 30 scientific papers in local and international journals and conference papers presented in Australia, UK, Philippines, Malaysia, Singapore, Thailand, Kenya and Sri Lanka.

He worked as an ecologist at Sydney Water for 20 years, and in 2003 he shared the NSW Premier’s Silver Award for the Environment for Protecting and Restoring the Botany Wetlands – A Historical Asset in Sydney. He taught ecology, biology and scientific methods at WSU, UTS and UNSW for a couple of years. Currently he is a Senior Environment Consultant to Blacktown City Council for the development of North West Growth Centre.