Home  ⁄  Articles  ⁄  ‘Everything about music is fun-oriented’: Sunil Perera of The Gypsies on celebrating 50 years of music
Feb 16, 2021 Posted by eLanka admin In Articles Tagged SUNIL PERERA, The Gypsies

‘Everything about music is fun-oriented’: Sunil Perera of The Gypsies on celebrating 50 years of music 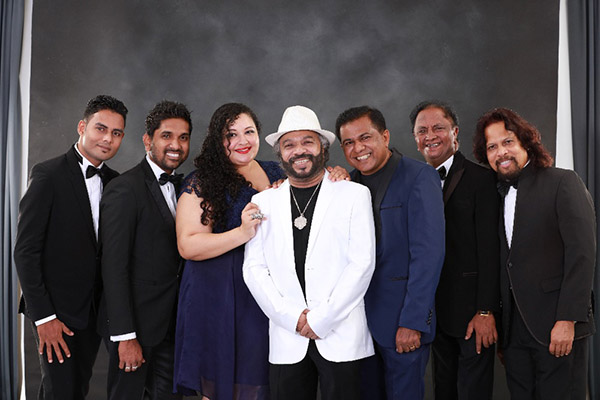 The Gypsies need no introduction. They are one of Sri Lanka’s best-loved and most famous bands. 2020 saw the iconic group celebrating 50 years of music, having started their journey together back in 1970.

Needless to say, the last 50 years have been a time of great change, across all levels, with our most recent upheaval taking place in 2020. Through it all, The Gypsies have entertained us with their music.

The Gypsies lead singer Sunil Perera is at the core of The Gypsies, and is one of Sri Lanka’s best-known entertainers. The Sunday Morning Brunch chatted with Perera, reflecting on how The Gypsies came to be and how the music industry has grown since they started out.

Below are excerpts from the interview: 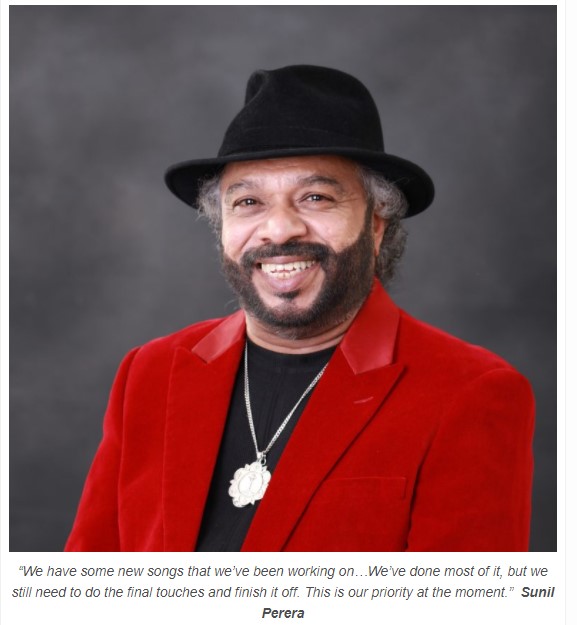 As a family, music was a big part of our lives. My father, my mother, my relatives, their friends, we were partying all the time. My dad was a great dancer, and they were into ballroom dancing. They used to bring records home all the time to play. We had a radiogram. Every occasion was like a party for us. We were really party animals.

Music is such a wonderful thing, it brings you so much happiness. Everything about music is fun-oriented because it entertains people and, as a job, playing music for people is something you really enjoy, unlike other jobs.

Tell us a little bit about how The Gypsies came to be.

It happened just after my Ordinary Levels (O/Ls). My father had wanted me to pursue higher studies and eventually become a doctor, but I didn’t have the right results to move beyond O/Ls. He was devastated and put me through the rigorous task of resitting privately, but I got the same results. Realising that I didn’t have the right results to go through to higher studies, he then asked me what I wanted to do with my life.

I was 15 at the time and I didn’t have any plans, although I was interested in music. So he then said that if I was interested in music, he’d support us 100%. He was adamant in helping us after that and built a studio for us to practise in. Initially, The Gypsies was a group of seven – three of my brothers, three of my cousins on my father’s side, and me. We played and learned at the same time. I myself studied guitar under Winston Jayawardena and we had a teacher, Joy Ferdinando, who came to the studio almost every day to train my younger brother on the keyboard and get us together musically and groom us. 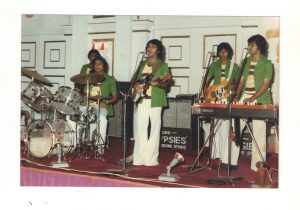 How did The Gypsies decide on what kind of music to make?

Initially, as a group, we did only western music, but after a few years, around 1973 or so, we got interested in Sinhala music because of the significant impact Sinhala music has. Clarence Wijewardena’s music, for example, was everywhere. We decided to do our own Sinhala music to go islandwide and create that kind of impact with our music. Our first two Sinhala songs, Linda Langa Sangamaya and Amma Amma, were released in 1973, and from there on, we had our eyes on Sinhala music.

Sinhala music has a bigger impact than English music because English music only has an impact and audience in Colombo and other major towns. Sinhala was the big thing, and to date, we still do a lot of English music for dances and all that, but our main concern is to write and create Sinhala music.

The Gypsies are celebrating their golden jubilee this year. How would you say the music industry has changed since The Gypsies started out in 1970?

It has changed quite a bit with regard to technology, with all the new recording machinery that is now available, and the style of music has also changed a lot. Today’s youngsters are doing quite interesting music, especially with the change in styles. We have a huge number of young artists who are very talented and have come up with a lot of new material and are having an amazing impact on the industry with the new styles and trends they’re exploring.

What would you say were your biggest highs and biggest lows over your 50 years in music?

Around 1980, we put out a cassette that had songs like Kurumitto and None Mage Sudu None, and from that, we got into doing a lot of outdoor events. From 1980 to about 2000 we were doing a lot of outdoor concerts and released a lot of music. Those 20 years were really good. From 2000 onwards we did only one album, I Don’t Know Why, which we released in 2004 and it was a peak for us as well. Koththamalli was released, but this wasn’t a full album.

As a low, I had a court case in 1989 or 1990 – a particular party filed an action against me for saying something on stage during a concert. I said something I shouldn’t have said that offended people. The court case was against me personally, not the entire band, and we later on somehow managed to come out of it, but it was a moment where I said certain things that I now regret.

How are The Gypsies planning on celebrating their golden jubilee?

We are planning a virtual concert. We’re not completely sure yet how we’re going to plan it, but we are working with partners who are very thorough and will work on the concept and the technical side of things. We haven’t set a date for the concert yet, but we are very keen on doing something to celebrate this milestone with our fans.

What are your thoughts on the pandemic as a musician and the shift musicians are making to performing virtually? The pandemic has affected us all very badly. All events have been cancelled and we’re not allowed to do any major events or anything with more than 150 people. It’s been a major setback, but we have been able to sort of go through with things and sustain ourselves. I have had some work with radio jingles and commercials and stuff like that, but for the rest of the band, it wasn’t that good. Let’s hope things this year turn around and that all these things settle and the music industry comes back to normalcy.

For the industry as a whole, I feel things will be okay. I know a lot of young people are doing concerts and there is always lots of new talent coming into the scene.

In terms of performing virtually, the biggest problem is you don’t see an audience. I sang some concerts with some other bands where you’re in a room and you’re performing, but there’s not a single soul. As a performer, the excitement of playing to a crowd is not there. In the case of The Gypsies, we’re trying to find ways of making it more exciting. It’s very difficult to create the same kind of atmosphere virtually.

What is your favourite song by The Gypsies to perform and why? 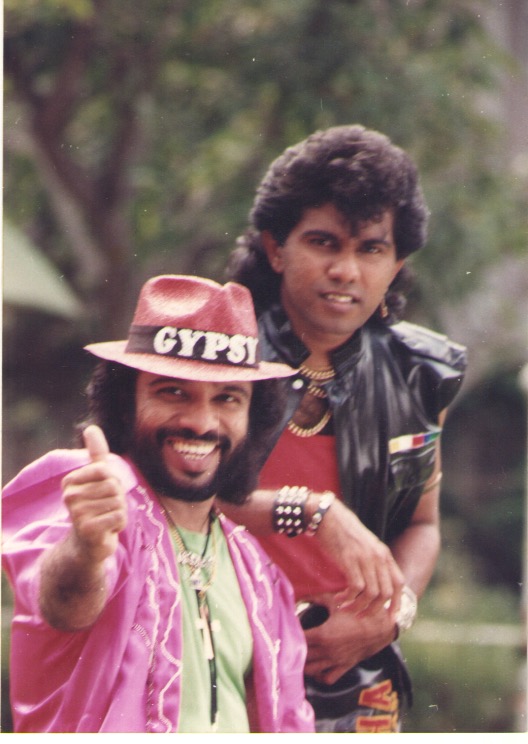 What’s happening next with The Gypsies?

We have some new songs that we’ve been working on. We somehow need to see that they are completed. We’ve done most of it, but we still need to do the final touches and finish it off. This is our priority at the moment. The title song for the new album is to be Gallu Para.

Looking back on The Gypsies’ journey, who would you say has had the most impact on the group?

My father, Anton Perera. If not for my father, there wouldn’t be any Gypsies at all. It was his brainchild. Even the name The Gypsies was chosen by him because gypsies are people who travel from place to place and make a living off music by entertaining people. He went through the encyclopedia a couple of times before coming up with the name. He did everything for The Gypsies, and I am extremely thankful to him.

A few other people who had a major impact on our journey were Vijaya Corea, who very graciously gave us a 15-minute radio show on the SLBC (Sri Lanka Broadcasting Corporation) once a week when we were a young band, giving us much-needed publicity and allowing us to reach a bigger audience, and of course, our teachers, Joy Ferdinando and Winston Jayawardena.