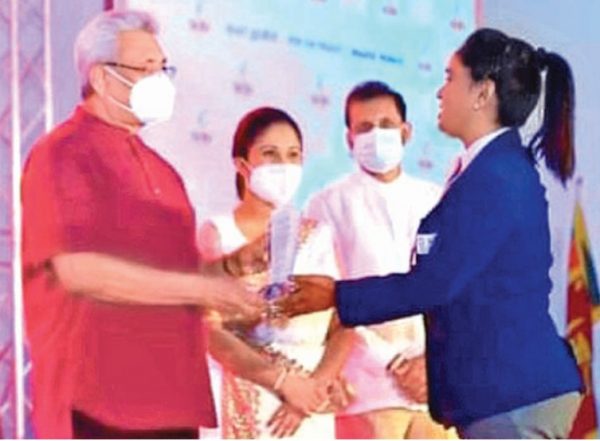 The International boxing referee Nelka Shiromala who created history to become first Sri Lankan boxing women’s referee to officiate last Tokyo Olympics was honoured as one of the best Sri Lankan women’s personalities at the recently concluded ‘WICE WOMEN National Programme” held at BMICH .The ten individuals who have made a name for themselves in various fields both Nationally and Internationally were felicitated on this occasion while Shiromala is the only women’s personality to get honour for her achievement is sport field. Professor Neelika Malavige, Kasthuri Chellarajah Wilson were also among the ten recipients.

“I had the privilege of becoming the first Sri Lankan referee to judge an Olympic tournament. It’s full respect goes to my late father as well as Sri Lankan police. I would like to express my gratitude to Dr. Seetha Arambepola, State Minister of Skills Development, Vocational Education, Research and Manufacturing for the honour bestowed on me “ I am honoured to be named among ten women who have taken the Sri Lankan name to the international and national level through various fields. Honoured to be awarded on the same platform with them is very proud moment added Shiromala.