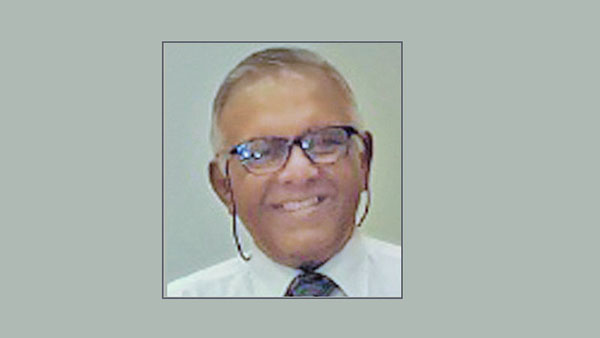 Dhammika Devapriya Jayasuriya, is an old boy of S.Thomas’ College, Mount.Lavinia who has represented his alma mater in crickrt and rugby with distinction.

Better known as DD to his associates he was a third generation school boy of S.Thomas’ from 1959 to 1971. He was in the College Hostel from the age of seven years and started playing a game called Fives which is like Squash and this game is played with both hands using a hard Rubber ball. This game helped him to handle the ball with flexibility and developed the fitness expected of a seven year old boy. As he grew up he was very interested in Cricket and Rugby due to this experience and ability. In time to come he started sports like Cricket, Rugby and Hockey in School. But as hockey was played in the same season as rugby he had to give up hockey and continue with playing Rugby and Cricket.

As a rugby player, he played as a prop forward and a second row forward from 1968 to 1970. He represented Combined Schools team at the Inter Club under 20 Rugby tournament under Shafi Jainudeen and the other Thomian members of the team were D.R.Weerasinghe, Shihan Rahim, and John Rudra to name a few. The others from Trinity were Iswan Omar, Shafi Jainudeen(Captain) Boga Gunasekera and Y S Ping St.Thomas’ team was coached by , Quintin Israel. DD played Cricket under Praboda Kariyawasam and played as an off spinner, Middle order batsman and brilliant fielder in any position. His coach was Oriville Abeynayake. Later DD joined the Planting Sector and climbed up the ladder of success to become a Manager, Visiting Agent and a Director who became the youngest Chairman of S.L.S.P.C. He was also involved in Social service and he was instrumental in completing the Sandamalgama Vidyalaya of Rambewa with modern Toilet facilities.