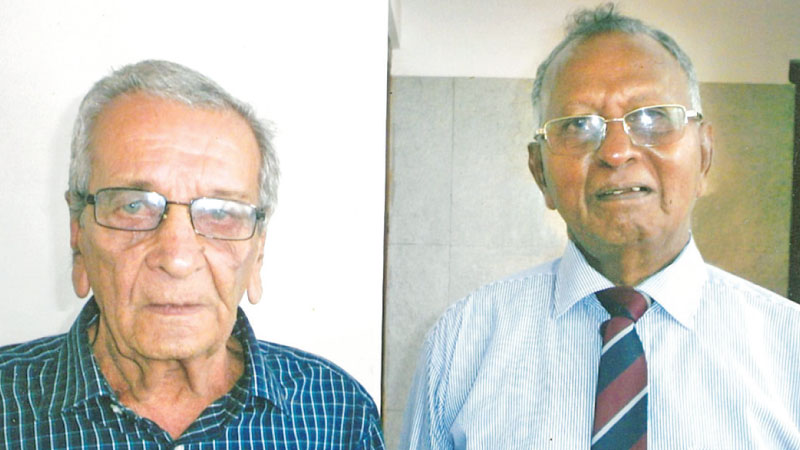 Legendary Antonian Cricketers A.C.M.Lafir and Ronnie Stevens were an outstanding Opening pair during their school days and are best known for producing a record first wicket partnership of 276 against Trinity College,Kandy in their 37th ‘Big Match’ in 1954. In that match Lafir scored 170 while Stevens contributed 107.

Lafir was not only a great cricketer but also an outstanding Soccer player who represented Phoenix Soccer Club as a left extreme. He played for Kandy United and had the privilege of representing the country against the Ted Dexter’s XI under the captaincy of C.I.Gunasekera. Lafir scored 84 in his first match as a schoolboy and made centuries against all the leading clubs in Sri Lanka to have a tally of 50 centuries including 2 tons for Sri Lanka in the Gopalan Trophy

Match against India in 1956 & 1958. The highest individual score at that time was 237 and Lafir scored an unbeaten 206 representing Kandy United against Saracens SC. At that time he did not know of the record score of 237 made by Makin Salih of Moors Sports Club and his Captain Hugh Fernando declared the Innings.

Ronnie Stevens scored 135 against St.Benedicts when he was only 14 years old and was the only player from St.Anthony’s College, to score two hundreds against Trinity in their big match. T.B.Werapitiya of Trinity College also recorded two centuries against St.Anthony’s In the big match series.