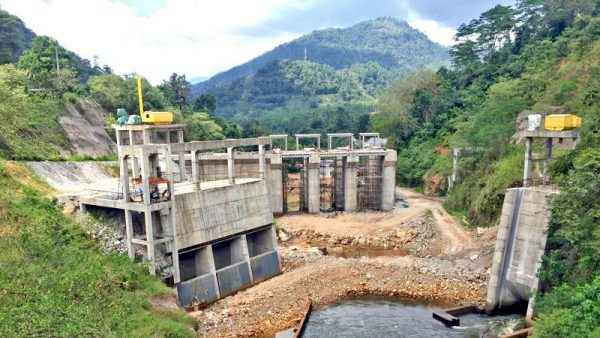 In accordance with President Gotabaya Rajapaksa’s policy manifesto “Vistas of prosperity and splendour”, the Government has been taking measures to accelerate the energy transition from thermal energy to full scale renewable energy. Sri Lanka anticipates to generate 70 percent from renewable energy sources by 2030 doubling our 35 percent share of renewables in power generation today. This requires an additional 11,000 MW of clean renewable energy capacity leading to an annual electricity generation of 21,000 GWh with an investment of 10 billion USD. 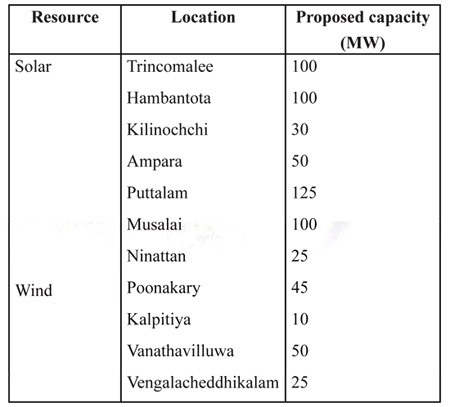 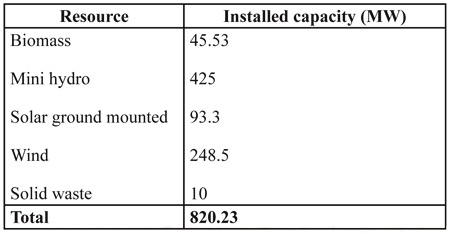 Renewable energy development projects have been implemented in the range from one MW to 10 MW. By means of implementing projects in larger scales such as 100MW or more than that it is possible to attract high end renewable energy investing companies in the world to Sri Lanka where by it would be able to have most sophisticated technologies at most competitive rates. This type of international investments will be a boon to the overall economy of the country.

The SLSEA is taking measures to have streamlined programs in renewable energy development. Steps are being taken to identify suitable lands and locations for developing different renewable energy sources such as solar, wind and biomass in different parts of the country.

The SLSEA has embarked on a project to facilitate to implement projects through the use of renewable energy sources in off-grid electricity systems. Under this initiative, technical assistance is being provided for networking the rural hydro power plants in a pilot project in Meemure, Udagaldebokka, and Galamuduna villages which are isolated habitations in the Minipe Divisional secretariat division in the Kandy district. 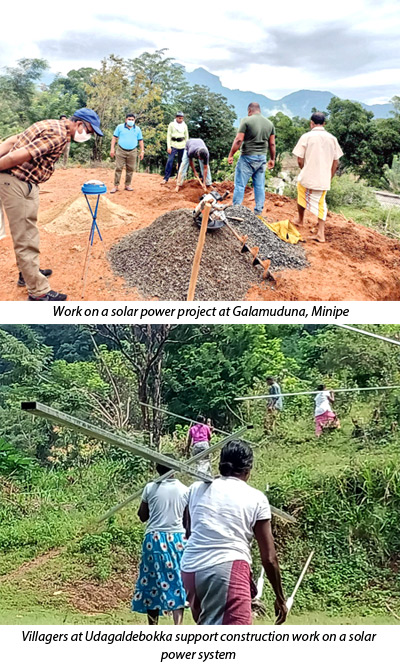 Electricity is supplied to Galamuduna, Udagaldebokka and Medakelle villages under this program using Solar PV systems with mini – grid battery storage systems. Technical assistance is also provided to develop rural hydro power plants in the remote village of Kalukandawa, Palindanuwara. In addition to the renewable energy based rural electrification, interventions are being made targeting rural households such as commencing activities for providing solar powered water pumps for agrarian families at Rajangane and provision of small scale Solar Kits for schoolchildren in remote villages and Solar PV street lamps are fixed at public places.

SLSEA Chairman Eng. Ranjith Sepala told the Sunday Observer that the people of Medakele, Galamuduwa, and Udagaldebokka are facing difficulties sans basic infrastructural facilities mainly access roads, electricity, healthcare, education and marketing facilities. In view of the location of these three villages, it is not possible to provide electricity from the national grid to this zone where around 100 families live due to the high cost to be incurred.

“According to our estimates for providing electricity from the national grid to this area, it costs minimum Rs 200 million. But through the innovative centralised off-grid system the total cost is around Rs 56 million. There are 38 schoolchildren in the three village, who walk about 16km up and down daily to the school along dilapidated gravel roads through jungle haunted by wildlife. The villagers face numerous difficulties in getting marketing facilities for their pepper, kurakkan, maize, bee-honey and Kithul honey production. These inconveniences and difficulties will be lessened once the village electrification program has been completed,” the SLSEA Chairman said.

He said that to fulfill the target of 70 percent renewable energy of the national grid by 2030, there will be a generation of electricity such as 4800 MW and 3500 MW from Solar power and wind power between the period 2022 – 2030.

The three rural electrification programs using solar power will be implemented in the Hasalaka Divisional Secretariat area by the SLSEA. Solar power is generated using solar PV systems of 25 kW capacity set up in a central location of the village, where battery packages are also installed for energy storage at the same location.

All the households in the village are connected to the centralised electricity supply system through an AC network, where the electricity supply within 24 hours each day is ensured by way of using the energy stored in batteries for the night time electricity needs of the households. It caters to their power needs for lighting, TV and other essential requirements, whereby the living standard of people has a substantial increase, especially providing with improved lighting solutions with LED lamps for the study purposes of the children.

According to the SLSEA Chairman, the electricity supply system has an in-built energy management system using smart metering methods, which provides with an optimal solution for the efficient use of solar electricity. A rechargeable card is provided to each householder, which functions as the activation system of the electricity supply of each household used in association with the smart meters installed in the houses.

At the beginning of the month, the card is activated for a pre-determined number of electricity units, and the householder has to manage his electricity consumption within the particular limit. In case it exceeds, he has to recharge it paying at a higher rate, and therefore, the householders are promoted to use their electricity at optimal levels through the system.

These three projects are being implemented by the SLSEA as pilot projects for demonstrating a self-sufficient energy supply system managed by smart metering systems. Based on the outcome of these projects, it will be possible to provide similar electricity systems with further sophisticated inputs for the electrification of households using renewable energy and smart metering based energy management systems in the most effective manner.

The initiative will provide an attractive solution for rural electrification using renewable energy based off-grid systems, and by way of replicating the same it will be possible to reach the complete electrification of the country in a short period of time.

The Sri Lanka sustainable Energy Authority is the key government organisation involved in the development of renewable energy. It is an organisation enacted by Act No. 35 of 2007. The Government is highly committed to renewable energy development. The SLSEA develops ready to invest energy park projects using solar power and wind power in the capacity range of 100MW.

The Siyambalanduwa 100MW solar power project which is a model energy park project being the first of its kind will generate 148 GWh of clean energy per annum leading to 147,542 tons of Green House Gas (GHG) emission reduction. The project consists of a solar park and a 27 km of 132 KV transmission line in a single package.

The Pooneryn 100MW wind power project initially will generate 370 GWh of clean energy annually leading to 265,732 tons of GHG emission reduction. The Mannar 100 MW wind power project has the highest wind power potential in the country with more than 300 MW estimated. The first phase of wind power development with 100MW capacity was implemented by the CEB with an estimated annual electricity generation of 400GWh. A feasibility study and environmental impact assessment are being carried out by SLSEA and CEB for the second phase.

The project will generate 380 GWh of energy annually leading to 270,350 tons of GHG omission reduction.

Renewable energy resources allocation and project facilitation processes continued in last year with a considerable progress in the registration of tendered solar power projects with the SLSEA and the issuance of energy permits for them. Some 101 projects were registered and 89 energy permits were issued for one MW projects and provisional approval given for 81 projects with a capacity of 57 MW under the 150MW solar tender by the end of October last year.