THE MAKING OF DAYA SAHABANDU (Bandu) 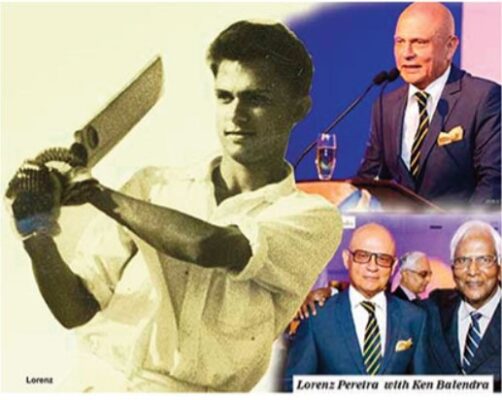 When I saw Daya Sahabandu’s name included amongst the 30 “Lions of Sri Lanka” Cricket, I am not ashamed to say that tears rolled down my cheeks.

Let me tell you why.

It’s a real-life narrative of an initial part of a journey in the evolution of a tiny insignificant acorn into a mighty oak, speaking metaphorically.

The episode has stood the Test of Time in my memory and I am able to recall every detail as if it occurred only yesterday.

I inherited the captaincy of the Royal College Cricket Team in 1958 when the previous year’s captain, Michael Wille (Mike) migrated to Australia. With Mike’s departure my team was left with no fast bowler of any standing, not that Mike was one. In fact, he was far from that. The only reasons he opened bowling for Royal was because there was no one else whom he thought was better than himself, and secondly because he was an authoritarian captain and made these unilateral decisions. No wonder some of his team-mates dubbed him “Hitler”, a name that still follows him, although the boss is considered by his Royal (loyal) team- mates 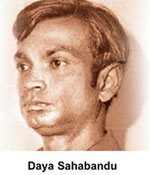 with much admiration, adulation and affection.

Hence, my very critical initial task, as the new captain of Royal, was to set about searching for an opening bowler of some merit. My team was doomed to a season of mediocracy without a competent bowling attack. As they say, “bowlers win matches”. In comparison, the Thomians of that year boasted a formidable bowling attack spearheaded by their demon fast bowler, Denis Ferdinands (probably the fastest in school cricket at the time), the mercurial leg spinner, Lareef Idroos, who remains unmatched as the most outstanding in school cricket of that art of spin bowling together with probably the best off-spinner in school cricket, Neil Chanmugam who later went on to play for Sri Lanka.

The Thomians were also captained by that brilliant all-round cricketer and outstanding sportsman, Michael Tissera. We were rival captains on the field in 1958, but our relationship away from cricket has been a very special one, endearing and blossoming to be the closest of friends. Royal faced a daunting and humiliating prospect in the Big Match that year.

In 1956, when Bandu was just 16 years old, the legendary Gamini Goonesena had seen him bowl a few balls in the nets at Royal and predicted then to Mike that he would some- day play for Sri Lanka. Indeed, an extremely profound observation.

During Mike’s captaincy, Bandu was given a few games in the First Eleven. But in-spite of his unique inherent talent as a left arm slow medium pacer, he was a total liability in the field.

Mike would set him at wide third man on the boundary at the start of an over, only to find him loitering aimlessly and merrily in his own little world, at the end of the over, at fine leg. He needed to be set, not every over, but every ball.

When Bandu came to us in 1958, he was a pathetic looking specimen of a human being.Thin and lifeless as a sagging reed, incapable of bowling more than a few overs in an innings and a nightmare to any fielding captain.

The article below describes him as a ‘scrawny little chap”, also with a “gawky gangling figure”. I think that is a rather polite description of the 18-year old Bandu in 1957/1958. To make matters worse, his mind was nowhere on the field of play, a total scatter brain, wondering perpetually in cuckoo land.

So that was the Bandu I inherited. Not a complimentary portrayal, but realistic and necessary to benchmark his commencement state of being.

Something draconian needed to be done and done quickly. I set about this monumental task with a passion bordering on ridiculousness and insanity. An activity that I kept preciously private from my team-mates in case they considered that their captain had both flipped and was being unnecessarily partial to a new player. It was a case of the means justifying the end. An outcome I dearly cherished.

Bandu lived down Charlemont Road, Bambalapitya, a road that ran down by the Savoy Cinema and off the Galle Road. Bandu’s home was a two minute walk to the beach. I lived down Arathusa Lane, Wellawatte, a ten minute cycle ride from Bandu’s. I decided to wake him at the crack of dawn which required the throwing of numerous pebbles through his open window and in the process waking the entire neighbourhood with the sound of a chorus of howling dogs. I struggled with great difficulty to wake him every other weekday morning and take him on to the beach for some morning beach therapy, prior to attending school.

Certainly not for a jog, nor even a brisk walk for I would have had to carry a corpse back. It was more akin to a lovers’ moonlight stroll.

Often, I had to hold his hand and pull him a long, pleading, “come on Bandu, come on”. Onlookers would not have hesitated to think that we were a pair of “pufters” (a term used by us schoolboys), which at that time was not an accepted lifestyle, certainly not in public.

To make matters even worse, Bandu was a dedicated Vegan (not even eggs) which did very little to help build his strength and stamina to perform and play as an opening bowler for Royal for an entire season.

That was an even more confronting dilemma. I was in no position nor had I the training or inclination to spoon feed him like a paid nanny. I hatched a cunning and devious plot, probably highly questionable, but with the best of intentions, both for the team and Bandu’s future as a person and a cricketer.

There was this Kopi Kade at the North East corner of High Street and Galle Road, Wellawatte. I frequented the place and knew its owner, Ponnusamy, quite well. I pre-arranged with Ponnusamy that he prepares two coffees with an egg in each. They used to call it an “egg flip” and I must admit, it is a rather slimy concoction not easy to consume. At an agreed time with Ponnusamy, I walked in with Bandu after our beach stroll.

The Kade was packed with office workers sitting down having their breakfast on their way to work. There were no vacant seats.

Seeing us enter, Ponnusamy walked up to us with the two “egg flips”.

“Whats this, Bandu asked”. I don’t believe that he had ever seen or tasted a coffee before.

“Bandu it’s a coffee, drink it,” I said firmly.

Bandu took one big mouthful and instantaneously spat it all out with the slimy raw egg pieces on to this young guy, dressed impeccably in a white shirt and white trousers enjoying his breakfast.

He looked formidable being either a weight lifter or a boxer/wrestler.

He immediately sprung to his feet and in violent rage threw a mighty ferocious punch at Bandu.

Fortunately for Bandu and for me to some extent, Ponnusamy’s quick reflexes

saw his rather flabby body come in between Bandu and the punch.

It hurt Ponnusamy and he appeared visibly shaken.

The punch would have destroyed Bandu and I would have been the next casualty.

Hastily, I escorted Bandu out of the Kade and onto the pavement.

I was furious with Bandu and insulted him with some choice harsh words. Indeed, a totally wasted effort, as Bandu thought that I was paying him a compliment. I failed to wipe that ever present grin off his face.

That was Bandu personified. Nothing, yes nothing ever upset him.

I was however determined not to fail in accomplishing my mission, so passionately undertaken up to that disaster.

I had to conjure up in haste, a bloody good yarn, being both convincing and palatable.

Not an easy task when one is so frustrated, annoyed and disappointed. Calming down, I told Bandu that he had just spat out the most expensive coffee in the world. It had been imported from Peru in South America. The ancient Peruvians lived on it and the men were known to be the most virile in the world. All a bit of bullshit, which often works.

“What is virile” he asked me. I was taken aback that he had even listened to me.

A mischievous glint came into his eyes.

To my utter amazement and disbelief he said, “shall we go in then?”

No, we didn’t that day. It was far too risky.

Thereafter every beach stroll ended with the consumption of a “Ponnusamy Egg-flip”.

Bandu’s resurrection as a person, a bowler and a cricketer had earnestly begun.

The “acorn” had germinated and was well on its way to maturity and stardom.

That year in 1958, under my captaincy, Bandu went onto take five wickets in the Royal -Thomian, mainly via his slow left arm spinners that I made him bowl during the Season to justify his place in the team. As an article on him stated, Bandu went on to take over a thousand wickets in his career in first class matches. He became only the third Asian to do so.

Congratulations dear Bandu. I am so very proud of you.