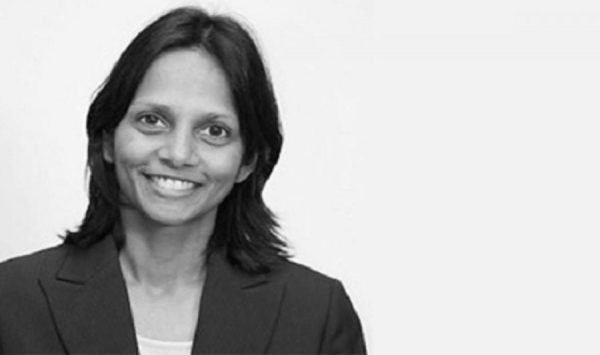 Macquarie’s Shemara Wikramanayake gives all women something to celebrate as she tops the list for executive pay. Women’s Agenda’s Angela Priestley tells us more.

There’s nothing like playing ‘spot the women’ when it comes to lists ranking the salaries of those in the mega-rich stratosphere.

One of the most interesting of such lists is also one of the most difficult for women to crack: a detailed look at what Australia’s top chief executives get paid.

It’s difficult to crack given the tiny proportion of women to ever reach such positions in the first place.

But this year one woman leads the pack of highest paid executives according to the Australian Financial Review (AFR) and that’s Shemara Wikramanayake with more than $17 million in total pay as global head of asset management at Macquarie Bank.

Although she’s still a good million or so short of her boss Macquarie CEO Nicholas Moore, who takes pole position on the list of highest paid CEOs with a salary of more than $18 million. Wikramanayake is largely tipped to be Moore’s successor.

When it comes to the full list of CEO salaries, you’ll have to scan until position 41 and 42 to find some women.

Coca-Cola Amatil CEO Alison Watkins is reported as being on $4.55 million, followed by Mirvac Group’s Susan Lloyed-Hurwitz on $4.53 million. Rounding out the top 50 is Sydney Airport CEO Kerrie Mather on $3.85 million.

According to the AFR, one woman features in its top ten list of ‘CEOS by biggest increase in pay’. That’s Blackmores’ Christine Holgate, with a massive 85 per cent increase in pay over the past year, up to more than $2.8 million in total pay.

Chris Ellison from Mineral Resources takes the top spot on that list, with a 287 per cent increase in total pay over the past year to just over $2.9 million.

Not a bad pay rise. Second on the list is Rowen Craigie from Crown Resorts, up 237 per cent to more than $6.2 million

Despite the mind-boggling numbers of such salaries, the AFR reports that there’s a significant trend seeing CEO salaries “moderate” for the first time in a long time.

Its verdict is that although boards are showing more restraint, chiefs are still being paid too much, and “chief executive” salaries remain our of step with a company’s performance.”