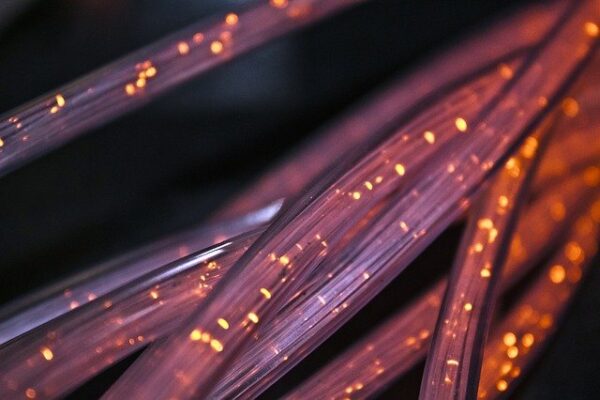 Sri Lanka is the first country in Asia to come up with such a framework, and this was possible with the generous support of the Japanese Government through the United Nations Office on Drugs and Crime (UNODC) Global Maritime Crimes Program (GMCP).

In this new age of lockdowns, remote working and virtual conferences, our reliance on global digital communications has grown dramatically, yet most people incorrectly assume that satellites are responsible for sending data. In reality, more than 99% of all international digital data and communications are transferred via a network of more than 400 cables, which span a distance of more than 1.8 million km across the world’s oceans.

The International Cable Protection Committee (ICPC) estimates that internet traffic increased between 25% and 50% between November 2019 and the early stages of lockdown in April 2020, and this will likely continue as we adapt to the ‘new normal’. Zoom Video Communications revenue for the quarter ending on 31 July 2020 saw a 355% increase compared to the previous year. This is just one indication of the increased video conferencing occurring as a result of widespread remote work, remote education, and remote personal video communications.

Given the reliance on this global network, it is critical that it remains as resilient as possible.

Delivering the opening remarks, Foreign Secretary Admiral Prof. Jayanath Colombage highlighted that Sri Lanka has been working with international partners such as UNODC’s Global Maritime Crime Program (GMCP) and the International Cable Protection Committee (ICPC) in order to develop a National Plan on Submarine Cables, to provide protection and resilience for Sri Lanka, having understood the threats and responsibilities of having several cables running through its jurisdiction.

UNODC GMCP Program Coordinator Kaitlin Meredith made reference to the UN General Assembly Resolution (A/RES/73/124, 31 December 2018), which highlights the responsibility of states, whose economies and societies are served by these cables, to contribute to the protection of cables, under international law. She further reiterated that “UNODC values the continued leadership of Sri Lanka in the development of its national framework, as well as in the sphere of maritime security more broadly” and that “UNODC is looking forward to the continued partnership with Sri Lanka as we can begin to export some of the good practices and lessons learned to the region”.

In Sri Lanka, developing of the framework was undertaken jointly by the Telecommunication Regulatory Commission of Sri Lanka (TRCSL) and the Ocean Affairs, Environment and Climate Change Division of the Foreign Ministry with the technical assistance of ICPC and UNODC-GMCP.

The process began in September 2020, with stakeholder engagement and was followed by a series of virtual consultations. The framework encompasses international best practices recommended by ICPC.

At the launch of the framework, Minister and Japanese Embassy in Colombo Deputy Head of Mission Kitamura Toshihiro noted that “the National Framework would certainly consolidate Sri Lanka’s aspirations to develop into a Commercial and Financial Hub, as well as a Global Innovation Hub, as envisaged in the ‘Vistas of Prosperity and Splendour’”.

It was also noted that this initiative “in close partnership with UNODC-GMCP, to develop the National Framework, would not only be seen as a major breakthrough for Sri Lanka but also for the whole region, to stand as a shining beacon in the Indian Ocean”.

Telecommunications Regulatory Commission Director-General Oshada Senanayake reiterated the importance of ensuring a robust and resilient submarine cables ecosystem in Sri Lanka in line with the UNGA resolution, on the need for nations to take proactive measures to secure fibre-optic submarine cables.

He further reiterated that “the initiative will now provide for the implementation of a progressive national submarine cables protection and resilience framework to further strengthen Sri Lanka’s vision of digital transformation, as well as positioning Sri Lanka as a hub for technology services and innovation”.

The framework and enabling legislations, which are in the pipeline, would further contribute to Sri Lanka’s overall image, projecting the country as a maritime and logistics hub in the Indian Ocean.

Foreign Ministry Ocean Affairs, Environment and Climate Change Director-General Hasanthi Urugodawatte Dissanayake explained that the role of the Foreign Ministry in the process has been to bring all stakeholders together and connecting the relevant international organisations with Sri Lankan agencies on an important aspect that Sri Lanka needs to focus on. She further highlighted the necessity to declare submarine cables as ‘critical infrastructure’.

The experience that Sri Lanka gained in the process would be shared with the Member States of the Indian Ocean Rim Association, of which Sri Lanka is assuming responsibilities as Vice-Chair in 2021 and thereafter, accepting the role of Chair, from 2023-2025.

The launch concluded with suggestions made regarding the way forward by Secretary to the President Dr. P.B. Jayasundera.