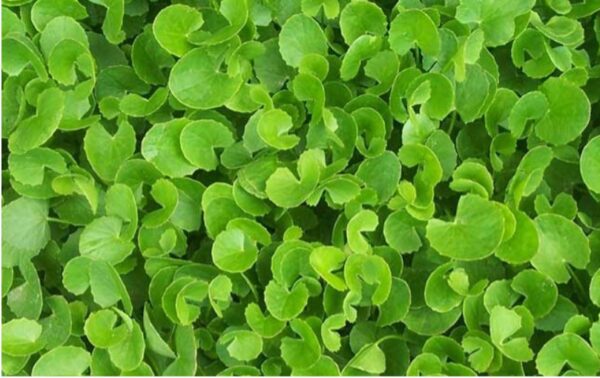 Almost every culture from the ancient Egyptians to the native Americans possess a wealth of herbal medicinal knowledge which has been passed down from generation to generation. According to the World Health Organisation, 80% of the world’s population rely on traditional herbal medicines as their primary source of health care. 74% of the modern medicines were discovered as a result of the study of plants used in traditional medicine. The current global boom in sales of alternate 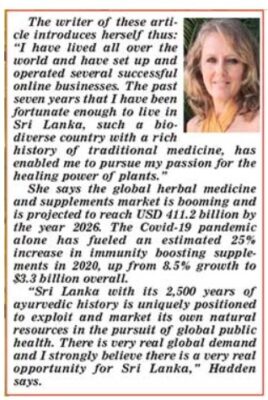 herbal remedies and supplements is driven by a growing awareness for preventative healthcare methods and consumer demand for healthier and more natural products. People no longer blindly accept something as being safe just because a doctor says so.

The number of information-hungry patients has increased dramatically, around 66% of US adults go online to research their conditions, as do more than half of all Europeans. According to Nutrition Business Journal, the Covid-19 pandemic alone has fuelled an estimated 25% increase in immunity boosting supplements in 2020, up from 8.5% growth to $3.3 billion overall. The global size of the herbal remedies and supplement market was projected to reach USD 86.74 billion by 2022.

The latest reports suggest that this figure may double as a result of the Covid-19 pandemic. In the face of increasing strains of microorganisms developing resistance to drugs, as patents on existing drugs expire and the promise of huge profits from potential prescription drugs and herbal supplements, both Big Pharma and Big Herba are ramping up their search of the natural world for molecules they can extract and patent as new prescription drugs or market as the next best-selling ‘superfood’ supplement. This kind of bioprospecting is by no means new. Willow bark has been used as a traditional medicine for more than 3500 years.

The ancient Sumerians and Egyptians used it as a remedy for aches and pains. Detailed references are made to it in the Vedas and later by Hippocrates for its efficacy in relieving fever and pain. However, the active agent in willow bark, salicin, which would later form the basis of the discovery of aspirin, remained unknown. It was several thousands of years later, in the late 1800s, that researchers in Europe identified salicin (after Salix, the genus of the willow tree). This led to the creation of aspirin the world’s

best-selling drug, by German chemist Felix Hoffmann. Shortly afterwards Hoffmann produced a second famous drug: diacetylmorphine, also known as heroin! Ayurveda, “the Mother of all Healing”, considered by many scholars to be the oldest healing science, originated in India more than 5,000 years ago. It stems from the ancient Vedic culture and for many thousands of years was taught in an oral tradition by accomplished masters to their disciples. Some of this knowledge was later set to print in ancient Ayurvedic texts. In Sanskrit, Ayurveda means “The Science of Life’ wherein the body, mind and consciousness work together in maintaining balance. Great emphasis is placed on prevention and encouraging the maintenance of good health through close attention to balance in one’s life, right thinking, diet and the treatment of illness through lifestyle practices and the use of herbal remedies. 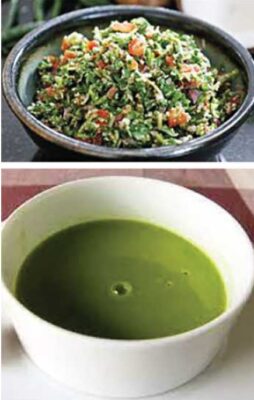 The cause of disease is viewed as a lack of proper cellular function due to an excess or deficiency of an individual’s vata, pitta or kapha dosha and the presence of toxins. In Sri Lanka, Ayurveda, the official term used to denote collectively all the traditional medical systems, encompasses Ayurveda, the predominant system which came to the island from India with Buddhism 2,500 years ago, Siddha, Unani, and Deshiya Chikithsa. Deshiya Chikithsa is the earliest system of medicine Sri Lanka and has existed before the advent of Ayurveda. The term “traditional medicine” thus largely overlaps with the term “Ayurveda.”

Sri Lanka has a continuous written history. Stone scripts as early as 250 BCE, ancient texts together with remaining ola palm leaf texts, offer an insight into the intricacies of traditional food preparation which are based on ancient Ayurvedic principles of health. The nutritional basis of ingredients, methods of preparation, and their suitability for consumption depend on the patient’s physiological condition, as well as the environment and climate, are intricately interwoven.

For most people in Sri Lanka, a sambol or mallum, green leafy accompaniments to rich, spicy dishes, is a must have. They may not be aware of the exact nutritional value of these healthy and delicious greens but as children they will have been told to eat them up because they are good for them!

Centellia Asiatica, is a small perennial herb native to Asia and naturalized in many parts of the world including the US and Africa. It is mentioned in ‘Sushruta Samhita’, one of the earliest Ayurvedic medical texts, and for thousands of years has been famed for its Ayurvedic medicinal properties. In traditional Chinese herbal medicine, it is known as one of the “miracle elixirs of life” and in India, Centellia Asiatica is sometimes referred to as “Tiger Grass” due to the fact that wounded tigers would roll themselves in it. However, it is most often referred to by its Sinhalese name “Gotu Kola.”

In Sri Lanka gotu kola thrives in the marshy, shaded areas of the wet and intermediate zones but has established itself as an integral part of home gardens. An invaluable herb, having little taste or smell, with white or light purple-to-pink flowers and small oval fruit, it has throughout history been an integral part of traditional Sri Lankan cuisine and traditional medicine. It is commonly used as a juice, tea, or green leafy vegetable in dishes such as gotu sambol and gotu kanda, a nutritious herbal porridge based on ancient indigenous and Ayurvedic principles of well-being. Highly valued for it nutritional components of vitamins A, B2, C and iron, potassium and calcium, it is so popular that supermarket shelves now offer it in chopped, ready-to eat packets along with instant gotu kola kanda.

Long before the term “superfood” was coined, gotu kola was referred to in Ayurveda as the “herb of longevity”, standing out as having no equal in the treatment of general debility and decline. With its distinctive fan-shaped leaves, often described as being brain-like, it conforms to the “doctrine of signatures”, an ancient belief that herbs resemble the part of the body that they provide nutrients for and are used to treat.

In Ayurvedic medicine it is famed as a “medhya rasayana” with a rejuvenative effect on nerves and brain cells, that improves brain function, boosts memory and prevents cognitive deficits. It is also known as a powerful wound and skin disease healer and a blood purifier with gastroprotective qualities.

Studies continue to demonstrate the science behind gotu kola’s efficacy in traditional medicine. A nootropic which supports circulation to the brain whilst nourishing the nervous system, it is also a powerful adaptogen and antioxidant. It has also demonstrated anxiolytic, anti-convulsant, neuritogenic, antispasmodic, astringent, cardiotonic, diuretic, anti-inflammatory, analgesic and antipyretic qualities. It is easy to understand why in Ayurvedic medicine it is considered “a pharmacy in one herb”.

Its remarkable cognitive, neurotropic and neuroprotective effects highlight its potential to modulate disease processes involved in neurodegenerative disorders such as Alzheimer’s, Parkinson’s and Huntington’s disease in addition to treating conditions such as schizophrenia, epilepsy and strokes.

In today’s highly competitive society, nootropics, from the Greek nous (“mind“) and trepein (“to bend” or “turn“), literally meaning “mind turning’, often used to treat attention deficit hyperactivity disorder (ADHD), have gained popularity with students seeking to improve cognitive function, boost memory, focus, creativity, and motivation. Statistics from the Alzheimer’s Association suggest that someone develops Alzheimer’s every 65 seconds. In 2019 Google searches for “nootropic” reportedly averaged 110,000 per month, reinforcing the fact that cognitive health is a cause for real concern across age demographics.

According to the current analysis of Reports and Data, the global nootropics market was valued at USD 1.96 billion in 2018 and is expected to reach USD 5.32 billion by the year 2026, at a CAGR of 13.2%

Whilst extracts of gotu kola phytochemical compounds may one day be the next miracle drug in the fight against neurodegenerative conditions, creating a new medicine is a long and rigorous process that takes 10 or more years from discovery to market at an estimated cost of around $2.6 billion. In contrast, herbal medicines and food supplements aren’t generally subjected to the same stringent testing requirements.

Alone or in combination with other nootropics, of which Sri Lanka has several, a simple decoction of fresh or dried gotu kola leaves, leaf-based juices, extracts in the form of tinctures and capsules of dried powdered leaf, offer an array of proven health benefits:

*helps reduce anxiety and stress and helps with insomnia

*acts as an antidepressant

* reduces scarring and the appearance of stretch marks

* its anti-inflammatory properties may be useful in treating joint inflammation, cartilage and bone erosion

* Its antioxidant effects are immune
boosting

* suppresses the toxic side effects of drugs on liver and kidneys

Modern-day scientific research has yet to catch up with what has been known to sages and vaidyas, whose focus has been on the healing benefits of nature, for thousands of years but this is changing. Advances in science and information technology are making it easier for the pharmaceutical industry to uncover new insights into diseases, to identify and isolate specific phytochemical compounds, and to review the explosion of biological data that has already been published in peer-reviewed biomedical journals.

The World Health Organisation has recommended that medicinal plants be used more effectively in healthcare. Sri Lanka is uniquely positioned to exploit and market its own natural resources in the pursuit of global public health. There is very real global demand and there is a very real opportunity.

Emme Haddon has lived in the West Indies, France, Malaysia, Hong Kong and the UK. She has lived in Sri Lanka for 7 years. She has run various businesses and has set up a successful on-line clothing operation. She has a great interest in Sri Lanka’s plants and herbal medicines.