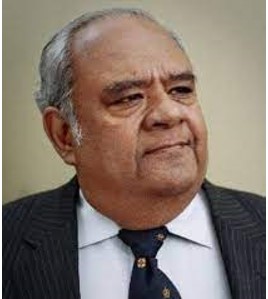 My acquaintance with Sunil De Silva was mainly after he migrated to Australia in the early 1990s when I encountered him at a Sri Lanka Association dinner which he attended in formal attire replete with a curved pipe, (ala Sherlock Holmes) firmly placed in his mouth. We immediately acknowledged each other, he  recognizing me as a senior student from his old school and as a fellow denizen of a small town in Colombo called Pamankade. I  of course had seen him first as a rather rotund young hosteller at Royal College in around 1951/52, given to streaks of impish behaviour. No signs then of the great future that awaited him. A few years later I observed him when his parents moved from Galle to Harischandra Mawata in Pamankade. I use the word ‘observed” as I  had not spoken to him yet, but watched him with not a little amusement as he had his daily struggles with his father’s car a Simca Aronde. Harischandra Mawata was right in front of the bus stand from which I took a bus to the Technical College, and the infrequency of the bus service compelled me to observe Sunil and his car. He was invariably bare bodied wearing only a pair of shorts and was always either under the jacked up car, or peering into the engine with its “bonnet” up. Invariably he would do a test run up and down that stretch of Havelock Road, always bare bodied ! Their house had an annexe in which lived Chula Unamboowe (who was a year senior to me  in Prep school but later moved to Kandy), his wife Ira, and their son Bradley all of whom I knew. Chula was a senior administrator in government service and a more dedicated public servant was difficult to find. Chula remarked that Sunil had all the making of a top motor engineer of the future! One day Ananda Senatileka who was a year junior to me in school, and also a “motor head” arrived in his red Studebaker  at Sunil’s and after some joint tinkering with Sunil on the   Simca  was departing, when he spotted me standing at the bus stand. I hopped into his car and during the short trip told me that Sunil was his cousin who had joined Aquinas for his A levels, but was more interested in motor mechanism !  Times, and aptitudes have changed much since then, and  I observed with great interest from Sydney, Sunil’s  entry into the legal profession, and his meteoric rise therein.

The Ceylon Society of Australia was formed in 1997, and Sunil and Senani attended one of the early meetings in Sydney  at which my wife Tulsi buttonholed him and gave him an application form for membership. He duly signed up then and there! He and Senani  have since been regular and very interested members, and great friends too as an added bonus. On the late Tony Peiris completing his three year term as President, Sunil was an automatic choice for the leadership role which Sunil fitted into with great aplomb and distinction. Our friendship grew and I have come to accept his great equanimity, his resolute character, and his warmheartedness without the slightest sign of affectation  even in the face of unpleasant encounters with people of lesser make up. Never to resort to “ad hominems” Sunil was a person who rarely  was ruffled into provocation.

As President of CSA for some three years, he gave strong leadership and brought not only goodwill to the Society and its activities, but also  his legal acumen and experience  which supplemented the role, and  which benefitted the Society immensely. He hosted some great lunches at his home then in North Ryde, and some splendid after meeting suppers at various restaurants in Sydney. He himself was an epicure beyond measure, and complementing  that role was an insatiable apetitie! Sunil however did not pressure Senanie to pander to his tastes, as he was a great cook himself. I recall the delicious crab curry he cooked up for a few of us who visited him at Kariong, and the meal and the conversation that went with it was of the highest class, not forgetting the matching wines he had thoughtfully selected.

Much has been said and written of Sunil as a Thespian, drama being his other love. I also recall his skills in carpentry in which he engaged in as a sort of therapy to take his mind away from the travails of mundane matters. Wherever he went Sunil was quickly recognized for his capacity to lead whether it be in Sri Lanka, Australia or elsewhere. He was President of the Sri Lanka Association of Sydney, the Royal College Old Boys Association of Sydney, and Trustee of the Royal College Union, and  of course President of the Ceylon Society of Australia. Such leadership qualities  comes only to people with genuine concern for others, a quality which he seemed to possess in abundance. To strike a personal note, even after I moved to Melbourne five years ago we communicated by email frequently, and we were delighted  by a visit that he and Senanie made to see us a couple of years ago. When I heard that he was  due  in Melbourne last month,to deliver the Eddie Gray Memorial oration  to the Old Boys of Royal College in Melbourne, I lost no time in organizing a get together with a few mutual friends and booked a restaurant for the purpose.. Alas, that was not to be, as a total lock down in Melbourne occurred, making his much anticipated visit a nullity as  inter state travel was  not permitted . Sunil’s passing came as a great shock to us, and our condolences go out to Senanie and son Sidat. May Sunil attain the supreme   bliss of Nibbana.