Life in the Boarding taught us from an early age to take the good and the bad, taste the bitter and the sweet, and face life squarely and stand our ground. When we left College, we were well rounded human beings (hopefully !) equipped to give life our best shot, no matter where the road of life took us. Sadly, that road took us in different directions and on leaving College, little did we realize that we would never see some of our childhood friends again. True to the script, destiny took us to lands far away, and most may have lost touch with our fellow boarders and schoolmates as the years passed.

This email I’m afraid is not all peaches and cream, because I have detailed below a list of Antonians, I knew who have departed this life. Fellow Antonians may know most of them, and others I may have been inadvertently omitted. Some were senior to me, some much junior, and this list covers a time span of eleven years of my life in College 1951-1962. But as Boarders, our paths often crossed in the hallowed halls of that great College……….along the corridors in the Quadrangle, on the playing fields, in or near the Tuck Shop (!!)……. anywhere in the precincts of College if the rule “Out Of Bounds” was willingly disobeyed ! Grief is like living two lives. One is where you pretend everything is alright. The other is when your heart silently cries out in pain. But when somebody you love becomes a memory, the memory becomes a treasure.

THEY STAYED FOR ONLY A MOMENT. BUT WHAT A FOOTPRINT THEY LEFT IN OUR HEARTS.

Charlie Joseph    (Passed away in Sydney).

Sweeny Mulholland    (Passed away in Melbourne).

Tony Maxworth.    (Passed away in England).

Franco Rudolph.    (Passed away in England)

Ashmore Rudolph. (Passed away in England)

Christy Gomez.    (Passed away in Brisbane).

Nihal Fernando. (Passed away in Melbourne).

The Doranegama Brothers, (Upali, Saliya and Ranjit) the Rambukpotha Brothers (Anton and Brian) the Premaratne Brothers (Wijeypala, Samson, Buncho and Totti), and Srilal Seneviratne, all famous cricketers in the teams of the mid-fifties have gone to greener pastures.

THERE ARE SOME WHO BRING A LIGHT SO GREAT TO THE WORLD THAT EVEN AFTER THEY HAVE GONE, THE LIGHT REMAINS. NO MORNING DAWNS, NO NIGHT RETURNS, THAT WE DONT THINK OF THEM. THOSE LEFT BEHIND WERE GOOD BUT NONE REPLACES THEM.

The following is a list of those wonderful teachers whom we were privileged to have had as our Mentors, and have gone to glory. I am sure you will know most, if not all of them.

Mr.Robert Wright.   (Passed away in Canada).

Mr.Thavaseelan. (Passed away in Perth).

Ananda Dissanayake. (He was a Member of Parliament later on in life).

THOSE WE LOVE REMAIN WITH US FOR LOVE ITSELF LIVES ON. CHERISHED MEMORIES NEVER FADE, WHEN THOSE WE LOVED HAVE GONE.

The following is the Roll Call of the beloved Matrons, or “The Lilies of the Mahaweli” as I once referred to them in a previous article. They nurtured us from childhood to adolescence in that great College on the Hill.

Lest we forget, there is a brigade of the minor staff who by dint of honest toil and the sweat of their brow rendered yeoman service to College. Remember, this was a period when they did not have any representation by way of Unions to safeguard their rights, and they just had to obey instructions and get to work. You may remember most of them. The struggles they faced from day to day, were struggles that never seemed to fade away.

NO LONGER IN OUR LIVES TO SHARE, BUT IN OUR HEARTS, THEY ARE ALWAYS THERE.

Berenger. (In charge of the Shoe Repair Shop).

Banda.     (Assistant to Mrs.Pillai in the Tuck Shop).

Lazarus.   (Assistant in the Tuck Shop before Banda).

Petersen. (He was in charge of the Shoe Shop before Berenger).

Mr.Miller.  (He was in charge of the Piggery before Francke).

Anthony.   (He was brought in to assist Mrs.Pillai for some time).

Mr Saram was a Supervisor looking after the plumbing and was a familiar figure we spotted almost daily, sometimes carrying a wrench in his hand. Mr.Siriwardena was in charge of the College Farm which was located in the vicinity of “The Mansion”. I wonder if some remember “The Great Farm Robbery” where a group of Boarders carried out a daring raid on the Farm which was a dismal failure ending in the apprehension of all the culprits !!  Mr.Saram and Mr.Siriwardena went to their eternal rest many years ago.

I shall conclude quoting an epilogue which I used in my article “Lillies of the Mahaweli”.

” Goodbyes make us think. They make us realize what we had, and what we have lost.

And, what we took for granted. Most of all, “Goodbyes” hurt when the story is not

finished and the book has been closed. But the Book of Antonian memories will always

remain open, and there are still many memories to be made………”

Thank you to Michael Macky and Tilak Pananwala for drawing my attention to some Teachers and Old Boys whose names I had omitted.

Thank you to Chris Duff Tytler in Adelaide for his never-ending moral support which was the trigger for me to put pen to paper, and give my memory bank a good workout !

My apologies if I have left out any names. The pendulum of memory swung back and forth as I parted the veil of time, and the distant past at times was a hazy mist……..Fair winds my friends, and may “Lux De Coelo” be your guiding light on your journey through life. 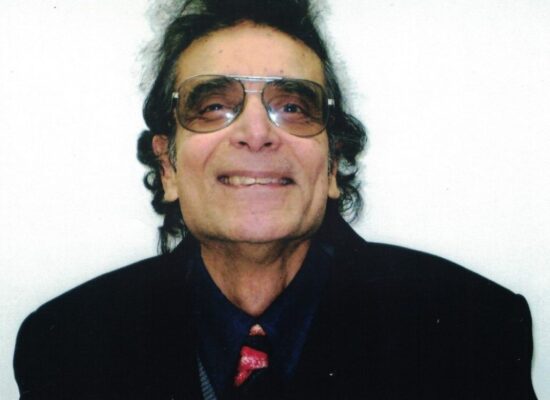