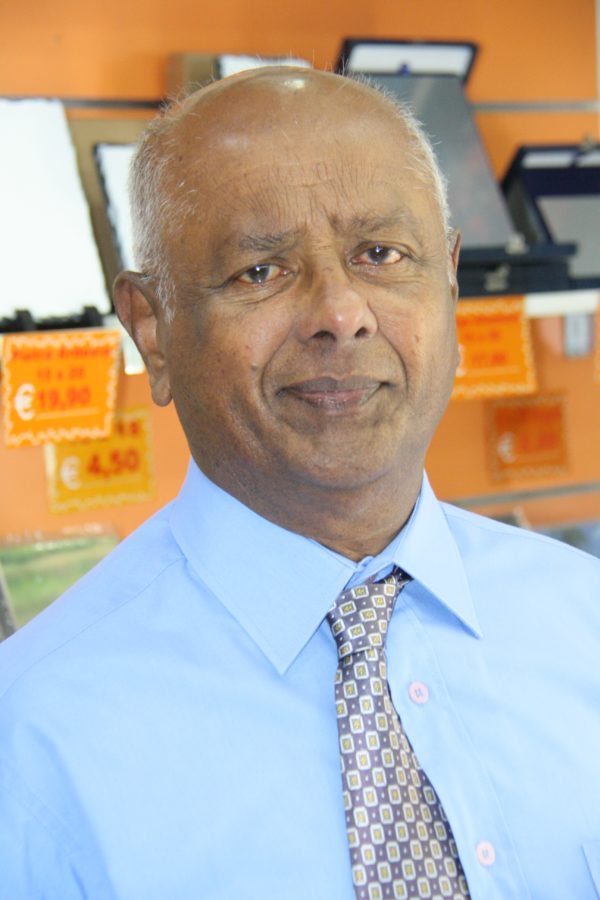 Sunday 22 March 2020:  Less than our first week in Rome from Colombo (via Doha thro. courtesy of Kuwait Airways in association with Qatar Airways) the day continues to remain cool, sunny, and pleasant. A near-deserted Historic City including its suburban Provinces remain closed, calm, and solemnly quiet … like during national mourning !!! The only audible sounds I hear re-echo freely from the chatter and chirp of birds flying outside in the autumn air.

Like other affected nations elsewhere, Italy is fighting hard to resist.  Recorded numbers of the nation’s afflicted to date are nearing 30,000 with almost 4,000 in  recovery and  over 2,900 dead. The number of infected persons irrespective of age continue to rise in Rome as well as in the North although reflecting a gradual drop in warmer regions along the coastal South.

Last Sunday some noticed Pope Francis walk privately out of the Vatican to enter and pray at two very old churches nearby for those affected by the virus as well as medical staff attending to them (15 of whom lost life in combat). Regardless of those who became contaminated while on duty, staff assigned to Italy’s public health sector, security forces and civil service – including voluntary associates and church group members – women and men of all age groups continue to serve the affected and/or vulnerable, not excluding Italy’s own share of asylum seekers, and migrants.  Appeals for blood donation attract flocks of volunteers including migrants from refugee camps in Italy. To further reinforce support services, a team of Chinese medical experts comprised of doctors and nurses flew here two days back

Early mornings we follow Holy Mass Pope Francis celebrates daily at his resident  chapel of Santa Marta. telecast live throughout Italy at 07:00 a.m.   on TV 2000. Contrary to what some once thought, the Roman Pontiff looks very well, alert and steady. His homily on the Feast Day of St. Joseph the carpenter (and spouse of the Virgin Mary) centred on man’s spiritual relationship with God.  Pope  Francis explained, ‘… Joseph was not a dreamer but through his skill for precision in his craft practiced silent contemplation and thereby gained from the Mystery of Faith.’  Meanwhile, the Italian Episcopal Commission (CEI) invited the faithful to a Telecast joint prayer service for the nation which continues to remain gravely affected by ruthless consequences from spread of the corona virus.

In fact, throughout the Peninsula, public gatherings are prohibited; residents are compelled to remain indoors;  and outdoor travel is restricted except for very exceptional reasons. Offenders failing to produce a self-attested ‘certificate’ justifying reasons for leaving home are subject to police reprimand, fines and/or imprisonment.  Public transport is available but limited. Commuters and shoppers are obliged to maintain an arms-length-distance from each other within and outside supermarkets and food stores. This includes home-dwellers, and in particular among families caring for the sick.  To express signs of cheer, encouragement and hope, little children sketch and display on their outer walls and windows imaginary figures saluting shades of the rainbow or dwarfy figures hopping on flowery meadows bathed under a radiant sun.  Their Italian Tricolour is seen fluttering at full-mast in between the seven-coloured Peace flag draped or suspended from overhead balconies.  As night falls, youth exchange flashy  greetings from across or adjacent high-rise apartment blocks with illuminated hand-phones. Some sing in chorus Italian medleys. Other populars  include random lines from ‘We are the World’, ‘What a Wunderful World’, ‘Falling in love’, Be happy’,’ Imagine all the people’, etc., a truly invigorating exercise abounding in practical value as well as childlike fanciful sense.

In light of the growing disruptions caused by the COVID-19 pandemic, the monitors for freedom of expression and freedom of the media for the United Nations, the Inter-American Commission for Human Rights, and the Representative on Freedom of the Media of the Organization for Security and Co-operation in Europe declared inter-alia in a joint statement addressed to governments: Quote: “Human health depends not only on readily accessible health care. It also depends on access to accurate information about the nature of the threats and the means to protect oneself, one’s family, and one’s community. The right to freedom of expression, which includes the right to seek, receive and impart information and ideas of all kinds, regardless of frontiers, through any media, applies to everyone, everywhere, and may only be subject to narrow restrictions.” (Unquote).   Against this backdrop, just a week back, prior to my departure from Colombo, local rumor claimed that, ‘…the current government and the parliamentary opposition are guilty of imposing the IMF’s austerity demands, including drastic cuts to public health’ (!).

Dear readers: Distant though from Europe, please take precautionary care of yourself, family and home.  Advise children, the aged, friends and companions on how best to avoid accidental contamination. We must co-ordinate responsibly with health or civil authorities and comply accordingly with government directives. Willful neglect or careless behaviour can multiply unwanted damage to family, neighbours, or worse still – an entire nation as has become evident now. We must also remember that daily meditation, disciplined behavior and prayer for self and others of whichever religious conviction and/or denomination can help overcome personal depression in this grey hour.  Negative conduct is not only harmful to self-care and self-cure but provokes unnecessary alarm and panic among the weakest in the community. For common good let’s avoid diffusing ‘negative’ sentiments and unfounded impressions about this global epidemic which I agree is undeniably worrisome.  Instead through exemplary conduct, we can help also promote and help uphold hope among especially among the singled, the depressed, the infirm and those saddened and preoccupied wherever.

NEWS FLASH – FLASH- Rome Sat.21 March 2020: The Government of Italy announced on Friday 20 March, additional movement restrictions under a special decree as of Saturday 21st March to 25 March. The principle provisions are the following:

Access to public parks, playgrounds, and public gardens is forbidden; Sports not allowed in open spaces., exercise should be in close proximity to homes; Jogging is permitted if close to residence and keeping a distance of  +1 metre from others; All sales outlets of food and drinks within train stations, gas stations are closed, except for those along highways, or within hospitals and airports; On weekends travel is also forbidden to private holiday-homes within Italy.