Sri Lanka’s largest aluminium extrusion manufacturer, Alumex PLC, is celebrating its first export win after taking home the Gold at the 29th edition of the annual NCE Export Awards held on 21 January. A subsidiary of the Hayleys Group, Alumex was conferred the title for the ‘Machinery & Light Engineering Products’ sector in the Medium Category – cementing its position as a leading exporter and contributor to the country’s growing economy.

2021 has been a challenging year for export-led corporations navigating the ongoing pandemic, and this year’s NCE Export Awards was a testament to resilience and recovery. The ceremony was founded by the National Chamber of Exporters of Sri Lanka with the aim to acknowledge and reward the outstanding achievements of export industry players, and in turn, celebrate their valuable role towards the industry and national economy.

“We are honoured to have achieved this prestigious recognition, which fuels our commitment to continue to provide top tier products to our stakeholders, both locally and internationally,” said Pramuk Dediwela, Managing Director of Alumex PLC. “Aside from being awarded for ramping up our export growth strategy and consistently meeting the needs of international trade, this milestone also highlights our adherence to ethical and green practices that contribute towards a more sustainable future for our industry as a whole.”

Having pioneered the role of fully integrated aluminium manufacturing at its inception in 1986, Alumex has since grown its portfolio and earned for itself a reputation as Sri Lanka’s leading provider of best-in-class and specialized commercial, industrial, residential, and architectural aluminium extrusion profiles; committed to sustainability and shaping industries around the world. Spearheading the country’s reach into international markets in 2019, Alumex has since experienced a rapid growth and expansion trajectory; currently exporting its products to Australia, Bangladesh, Canada, India, Kenya, the Maldives, Nepal, New Zealand, the Seychelles, Switzerland, the United Kingdom, and the United States, while simultaneously continuing to expand its operations across the globe.

More recently -in recognition of its sustainable manufacturing processes- the Company’s entire aluminium extrusion portfolio was certified with the Eco-Label by the Green Building Council of Sri Lanka (GBCSL).

Alumex is a subsidiary of Sri Lankan multinational and diversified conglomerate Hayleys Group, which maintains a global presence across five regions, with business interests spanning 16 diverse sectors. Accounting for USD 600 million of the country’s foreign earnings and 4.2% of the nation’s total export income, Hayleys is a champion of sustainable innovation and represents one of Sri Lanka’s most prominent success stories. 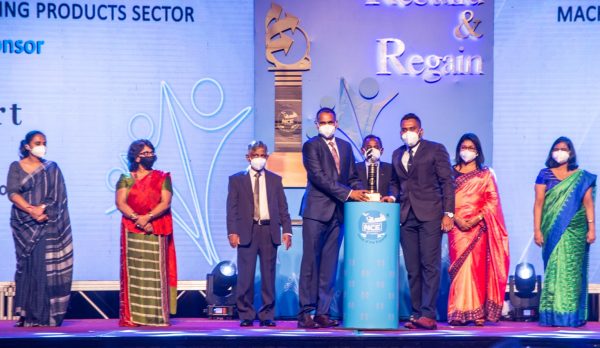 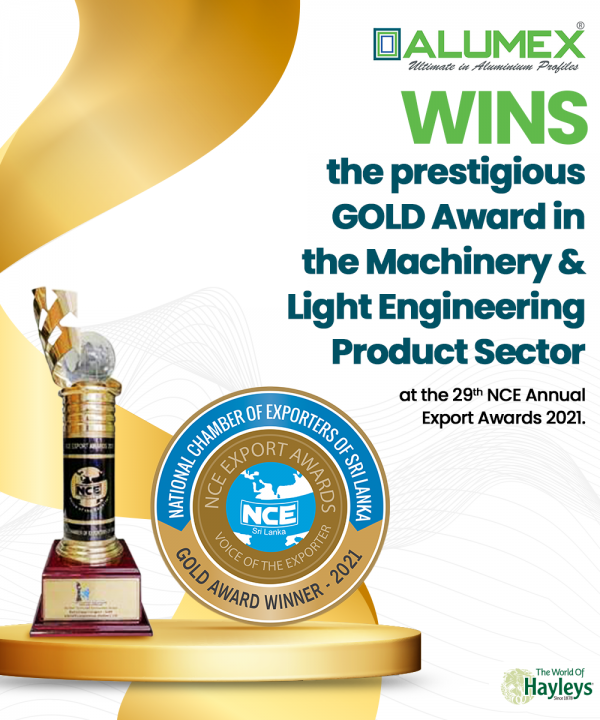