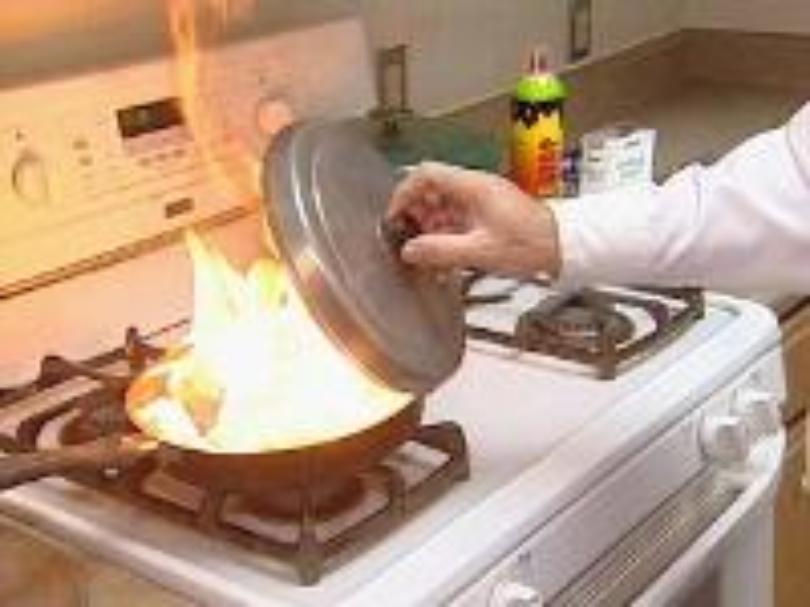 There are far too many cooking programmes in British TV but the only thing is I didn’t figure out any technique of energy saving in cooking. The contestants or even the famous chef’s just cook without due care for any wastage of energy, may be because they do not have to meet the energy bill.

Poisonous gases given out while cooking

Researchers now understand that the process of cooking food and even simply operating stoves particularly gas appliances can emit a cocktail of potentially hazardous chemicals and compounds. Within our homes, these pollutants are less diluted than they are outdoors, and in the absence of proper ventilation, they often get trapped inside. In cold weather countries they hardly open the windows to let these gases escape may be because they are unaware of these poisonous gases. Most of the times, the houses have double glazed doors and windows to prevent any heat loss and that is quite natural but what about the poisonous gases that emit while cooking? Most of the times they have extractor fans to get rid of these gases but there must be some ventilation in the kitchen while cooking. I think these little points must be pointed out but the TV chefs hardly care about the safety. The cooker rings are at full blast while they cook and they are do not care about the energy wastage.

In Sri Lanka they never close doors while cooking

Back in Sri Lanka they never close the doors and windows while cooking because it is a hot weather country and they are not worried about heat lost as the country is gifted with hot sun. In cold weather countries like England and Canada they need to warm the air inside the houses by spending gas and electricity. Even when cooking is done in the kitchen, the doors and windows are not open to get rid of the poisonous gases given out while cooking.

How these poisonous gases are formed

When we cook in gas or with electric cookers, there are a numbers of gases emit from the reaction. In high temperature, nitrogen burns with oxygen to form oxides of nitrogen that react with more oxygen to form nitrogen dioxide which reacts with water vapour to form nitrous and nitric acid. That means even if we inhale these gases they can react with our breath. That is one of the reasons I pointed out one must not cook in high temperature or with gas on full blast.

You might have noticed in some British TV cooking programmes those chefs pay no attention to the cooker flame and cook or toss the food on a cooking pan. The food and oil in contact with very hot cooking pan gives out loads of fumes but they ignore and just cook and say something totally irrelevant while cooking.  They do not know any science in cooking, they just add this and that to the pan and sometimes they catch fire because those cooking aroma chemicals are volatile. In my opinion that kind of cooking do not teach the children or the adults but some children get discouraged to cook.

Anybody can cook with no qualifications

Don’t forget anybody can cook that is not a problem. In Sri Lanka they used to employ some servants to cook but now they are gold dust as some of them have gone abroad for better paid jobs in countries such as in Middle East. When I studied for my Advanced Level in Sri Lanka, I had to eat takeaways for some time but soon I started to cook at the boarding house. There were three of my friends as well but they all left the place when they got selected to Medicine. We hardly applied any science in cooking, no energy saving, we just cooked like any other ordinary people that means showering with cooking aroma.

I discovered the scientific method of cooking in England

When I came to England for further studies, at the start I had to study, sleep and cook in a single. I realised this cooking aroma deposited on me and on the clothes and for a while I had to walk to the University like a Tandoori Chicken. Soon I found an abended storage room next to my room then I moved my cooker to that room for cooking. That helped me to avoid any cooking aroma getting inside the bedroom. Then thinking in the right direction, soon I realised how to cook without too much cooking aroma getting out while cooking. Then thinking more scientifically about the molecules and their speed, I discovered how to cook by saving energy as well.

After a long a time, I thought to show my work to The Sustainable Energy Authority in Sri Lanka for their approval. A whole team visited our apartment to witness my work. I realised that they are visiting me to witness how to save energy in cooking but not to see how I added the ingredients in cooking. When they arrived I showed the pot of chicken that was already left to marinate with the ingredients then it was ready to cook. I let it start to cook and placed a measured quantity of water on the cooker while I washed a measured quantity of rice. By the time I washed some rice water was just getting to boil. Then added the washed rice and explained to them that I was waiting for the thermodynamic equilibrium condition before I could reduce the flame and the same explanation about the chicken curry. Unlike any other chef, I didn’t open the chicken curry to stir and shower any cooking aroma like most of the British TV chefs do while cooking. Once it reached the thermodynamic equilibrium condition then I reduced the flame to as low as 30% of the original flame. By long experience I knew how long it would take the rice to cook and also how long chicken curry to cook. After about 45 minutes I shut the flame in the chicken curry but didn’t open to sir it. The reason I didn’t open the lid is because all the volatile molecules are in a state of very unrest or at high entropy state. The same explanation was done to rice as well. I explained to convince the team of authorities who were watching my cooking. They might have expected me to open the chicken curry and stir it up or to mix them up but I gave a proper explanation for my method of cooking. I didn’t check for any water at the bottom of the pot just like most Sri Lankan ladies do while cooking. I asked the team about the amount of gas I used at the start of thermodynamic equilibrium condition. They admitted that I used about 30 or 35% of the original flame that means I didn’t use nearly 70 or 65% of the original flame that means I have saved that much of the gas while cooking. This explanation must be accompanied with a cooking demonstration then only anybody can understand it properly. My work is based on science and I used gas laws that are more than 200 years old. If those laws are valid for the last 200 years or more and still valid and if I used those laws in cooking and if it worked then my work should be right. A whole team of Sustainable Energy Authority witnessed the method of cooking and they admitted that I used around 30 or 35% of the original flame.

I didn’t kept on stirring the boiling chicken curry and shower with cooking aroma like most of the British TV chefs love to do while cooking. I waited for the unsettled molecules to settle down before I started stir the curry then served it so that it was ready to eat. When the molecules are settle there was not enough vapour to deposit on anyone serving or eating.

I am prepared to help the nation

Now this is the technique that I would like to share with others so that they also can cook and save that much of energy. I contacted Sirasa TV a few days ago then on the same day afternoon I demonstrated my work to The Sustainable Energy Authority, I received a call from the TV people on the same evening so that I had to appear in the TV on the following morning. I was really surprised to receive a call to show my work to the nation on a live TV programme on the following morning. I prepared some chicken curry and left them to get marinated so that I could cook them in the following morning. I took a measured amount of rice but didn’t wash them until it was ready to cook. These are my own ideas I used in energy saving and smell avoiding cooking. If my idea was disproved by any energy saving expert or even a British TV chef, still there is a huge sum of money to give away. Again let me remind, my work is based on science and according to that every action has an equal and opposite reaction.  If my work is good enough to any Sri Lanka TV why not it is good enough to any British TV to show my work to the whole nation? Your comments are welcomed perera6@hotmail.co.uk