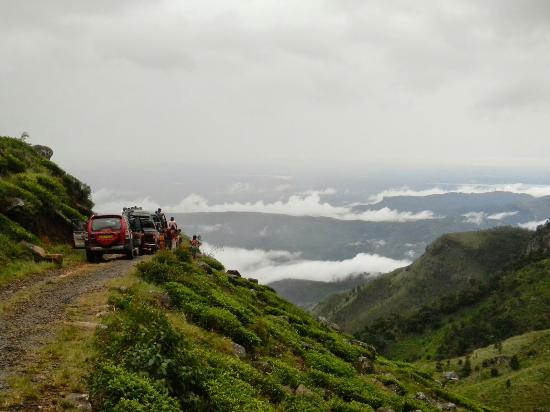 There are several natural as well as man-made formations in many countries that have earned the name “Devil’s Staircase”. Sri Lanka also has one of the most dangerous popular hiking routes in Central Highlands with sharp zig-zag twists, old dilapidated roads through tea estates which are extremely steep and difficult, yet exciting to hike…

The picturesque Devil’s Staircase trail is a well-known secret among adventure loving locals as well as foreigners, engulfed by the serenity of the misty mountains, breathtaking vistas, rolling carpets of tea of the Central Highlands…

When looking from a distance, the terrain has an infinity atmosphere where the sky and lands meet, engulfed in the beauty of Mother Nature blending perfectly with awe-inspiring vistas of mountain ranges, the sky and the impeccable clouds, a mesmerizing view…

Devil’s Staircase popular as “Yakshayage Padipela” (in Sinhala) by many local tourists is approximately a 14 kilometer route from *Horton Plains road in *Ohiya through tea estates to Kalupahana with craggy twists and turns earning its name, indicating a hazardous journey and an adventurous hike with spectacular vistas of the Southern plains of Sri Lanka. The trail connects the hamlet Kalupahana to Ohiya-Horton Plains Road. The trail to Devil’s Staircase is a popular hiking and jeep track in the Central Highlands of Sri Lanka. The main attractions of the route to Devil’s Staircase are Bambarakanda Falls (263 meters), the highest waterfall in Sri Lanka with continuous spray of icy cold water including spectacular views of the surroundings and the gushing cascade *Lanka falls.

The Devil’s Staircase passes by the stream which creates Bambarakanda Falls along dangerously narrow ridges, although there are wide trails in certain places. As there are challenging areas where it is necessary to traverse carefully, it has earned the name “Devil’s Staircase”. There is also a natural pool with crystal clear water and a temple on the trail. 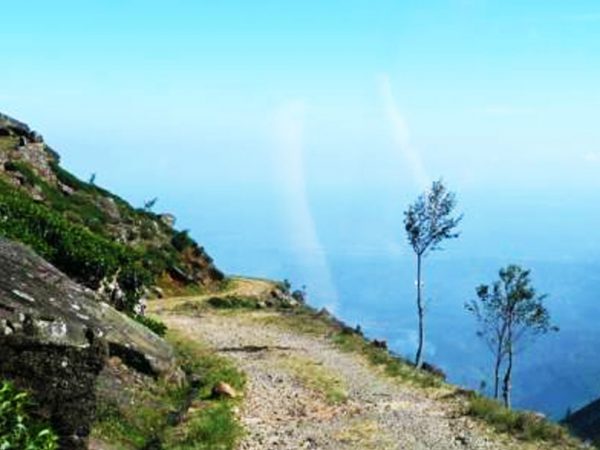 According to many hikers, “the hike to Devil’s Staircase is a hike through hell” due to its arduous nature.  A hiker can choose to hike uphill or downhill and each trail has its pros and cons as the route is moderately steep. Hiking continuously uphill in the mountainous region of Central Highlands can be hard for the majority, whilst a hike downhill is hard for many as it is necessary to have fine muscle strength to balance when hiking downhill. Yet, these two starting points of the hike to Devil’s Staircase have their thrills and challenges.

The two most popular place on the route is the “V cut”, a popular attraction of the route, a channel cut through the hill in the past to allow the road to pass through which can be encountered after entering the Udaweriya Estate.

A few hundred meters from the trail, the valley below as well as the breathtaking mountain ranges of *Gonmollikanda can be seen.

It is better to begin the hike at dawn to watch the first rays of the sun rising slowly over the horizon, gradually revealing multiple miraculous splendor that nature provides, the sun rays glittering on tree tops and the sunrise reflecting on the waters of Bambarakanda Falls.

As there are no directions in the route with many turns, it is easy to be misdirected on the trail. Hence, it is advisable to seek the services of a hiking guide. A 4WD vehicle is advisable for the journey, although many hikers prefer to walk along the route basking in the glory of spectacular vistas. If traveling in a 4WD, it takes approximately four hours to reach Devil’s Staircase due to the rough terrain.

Generally, hikers commence the journey from Ohiya and hike up to Bambarakanda Falls or Kalupahana, considered as a much easier trail, if walking as the trail is mostly down the slope, instead of an uphill hike. 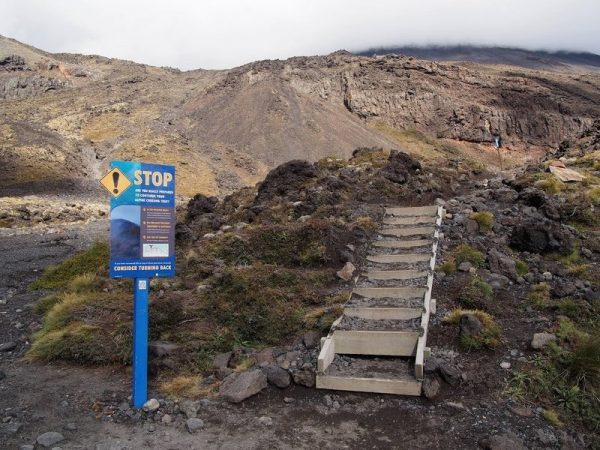 Directions:  Start the journey in Ohiya and end in Kalupahana or vice versa; the only difference is hiking uphill or downhill. But many hikers start the hike at Bambarakanda Falls.

Tips for the hike: