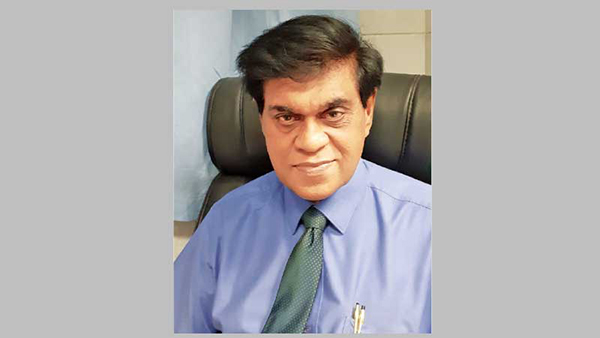 It is very rare to find present day sportsmen or women imbibed with sound professional qualifications . But in the 1970s and 80’s it was a different scenario where most of the men and women, who took part in sports were engaged in various professions, which enabled them to reach the top particularly in sports including International level. Doctor Indrajith Maiya Gunasekera a leading surgeon by profession, well known as ‘Maiya’ both in the field of Sports and Medical fraternity is one of them who excelled in both fields.

Maiya who is in his late sixties, continued his academic career with Royal College, Colombo from 1963 to 1971. He was engaged in Rugby, Basketball and Athletics at school out of which he was very enthusiastic in playing rugby. He joined the College under -15 team in 1965 which was the stepping stone for him in his rugby career which spanned over a decade. While being engaged in studies, his body structure enabled him to engage in all three sports which was an added advantage, where he grabbed college colours in Rugby and Basketball. He was first selected for the first fifteen team in 1968 under C.R.de Silva where he played a few matches. In 1969, under Harin Malawatte he played a full season and obtained college rugby colours.

In the same season he was in the pool, formed to pick the final line up for the Bradby Shield, where initially he was not considered. On the penultimate day’s practice session at around 5.30,p m coach Geoff Weinman spotted his line out skills, where he outjumped almost all opponent teams players. Subsequently, Geoff instructed Maiya to bind in the front row as a makeshift prop forward, which he obliged perfectly by outshoving their opponents in both legs of Bradby Shield in Kandy and Colombo, due to the two Fred’s Perera and Amarasinghe who remained unchallenged in the second row position. He consolidated his place in the team and went back to play in his regular position of second row in 1970 under Jagath Fernando.

In his final season at school, due to the insurrection in the country that year, a curfew was imposed daily at 4 p.m. in the evening. Both Royal and Trinity rugby committees agreed to play the match at Longden Place instead of their regular annual encounter for the ‘Bradby Shield’. Royal led by Fred Perera went on to drub Trinity led by YS Ping by 22 points to 3 in the presence of a sparse crowd where the match started at 1.30 p.m. as all spectators and the players rushed to their homes soon after the match. Two days later Trinity Principal E Lionel Fernando offered the Bradby Shield to Royal for their belligerent performance. Lionel made a surprise visit to Royal College and stated “I am a voice from the Valley of defeat to the mountain of triumph. You beat us in every department of the game against all expectations. I am doing what my heart tells me to do. But my brain tells me not to do this but I am listening to my heart and awarding the Bradby Shield to you because you fully deserve it and we were well and truly beaten”. Dr.Fred Perera, Upali Samarage, , Ray de Silva, Ajith Pasqual, , Thanula Wijewardena, Cargo Siriwardena, Dushy Perera and Michael Muller were some of his team mates that year. Mahesh Rodrigo, Geoff Weinman and Stanley Unamboowe were his coaches at school.

In 1972 he was called for National duties soon after he joined the Colombo Medical College as a medical student. While attending classes there he also engaged himself in rugby and played in the third and fourth Rugby Asiad held in Hong Kong and Sri Lanka respectively, under Y.C.Chang’s captaincy. He completed his entire medical career while involved in sports which is a rare occasion never happened before and will never happen again.

Four players namely Maiya, Hafi Abdeen, Kevin Speldewinde and Tikiri Marambe were called for the National pool, where Maiya and Hafi were selected. At the time he represented the National team he was weighing 112 pounds whereas all other colleagues in the pack were over 140 pounds. His regular practice sessions and continued hard work made him stronger and fitter to retain him in the National team and continue his unbroken rugby career.

While being an intern medical officer he led the University Rugger team in 1975 and later he represented the country at the Hong Kong sevens tournament too. He was awarded the Leslie Handunge Trophy for the most outstanding sportsman of the University of Peradeniya and Colombo in 1974.

He also represented the university in all three sports which he engaged at school. His medical career ended in 1976 after enrolling in 1972 by passing out with honours while playing rugby for the National team. Indrajith Coomaraswamy, Hadji Omar whom he rates as his mentor, Y.C. Chang, Omar Sheriff, Didacus de Almeida, Anton Benedict, Desmond Harridge, Jeffrey de Jong, Ronald Rodrigo and Ronnie Schokman are some of the players who played with him for Sri Lanka. Nimal Maralande, Bertie Dias and Kavan Rambukwella were the coaches in that period.

He joined CR and FC in 1978 and went on to play until 1981. He finally called it a day as a rugby player and opted to get into administration and coaching. His first assignment was coaching his school from 1992 to 1995 during which he produced several talented players who donned the National jersey while transforming some of them as doctors.

Coinciding with coaching Royal he was assigned as the National Rugby coach from 1993/94 season for the Hong Kong sevens team. From 1995 to 1997 he was the Manager of the National Rugby team. He was elected to the top chair of the Sri Lanka Rugby(SLR) in 1998/99 season and went as Chef de Mission for the Commonwealth Games in Malaysia in 1998. He was rewarded by being made a life member by Western Province Rugby Football Union and SLR for the yeoman service rendered for the betterment of the game including as a national selector from 2001 to 2004. He was appointed to the National Sports Council byMinisters Gamini Lokuge, C.B.Ratnayake and Mahindananda Aluthgamage.