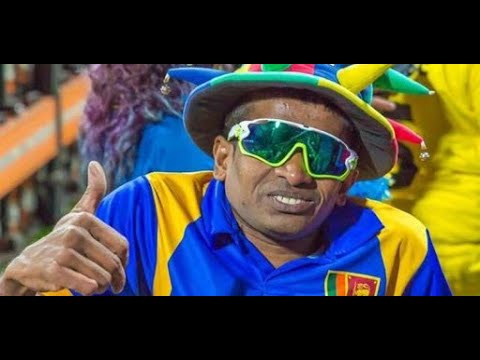 Gayan Senanayake is well known to cricket fans who witness Sri Lanka international matches at home and in overseas countries. Gayan had been actively involved as a ‘one man cheering squad’ personnel dressed in the similar attire used by our national team for white ball colour clothing, is a conspicuous figure at the grounds always concentrating on the game and yelling “come on Sri Lanka”  all the time.He may feel sad when Sri Lanka loses but never shows it to the fans remains in the ground until the last ball is bowled,then to witness the presentation ceremony hoissting the Sri Lanka flag.He has earned friends all over the countries where Sri Lanka plays most fans give him accommodation and it is rarely he seeks hotel accommodation. All fans love him and knows he follows the game well.

Gayan had been a Sri Lankan die-hard fan for over one and a half decades having watched U19 cricket fixtures too. He had first met Virat Kohli when he arrived in Sri Lanka captaining the U 19 Indian team to play a tri nation series involving India ,Bangladesh and hosts Sri Lanka as far back in year 2007 when Kohli had not represented the Indian national side.While touring many Test playing countries Gayan had met becoming trusted friends with  a lot of foreign cricketers and fans.He has the habit of mixing with the fans of opposing teams which is very evident when he stands next to India’s most crazy fan when we play against India, who too could be easily identified among the fans.Gayan is still single had said if he had a wife or girl  friend he will not have the freedom to travel widely. 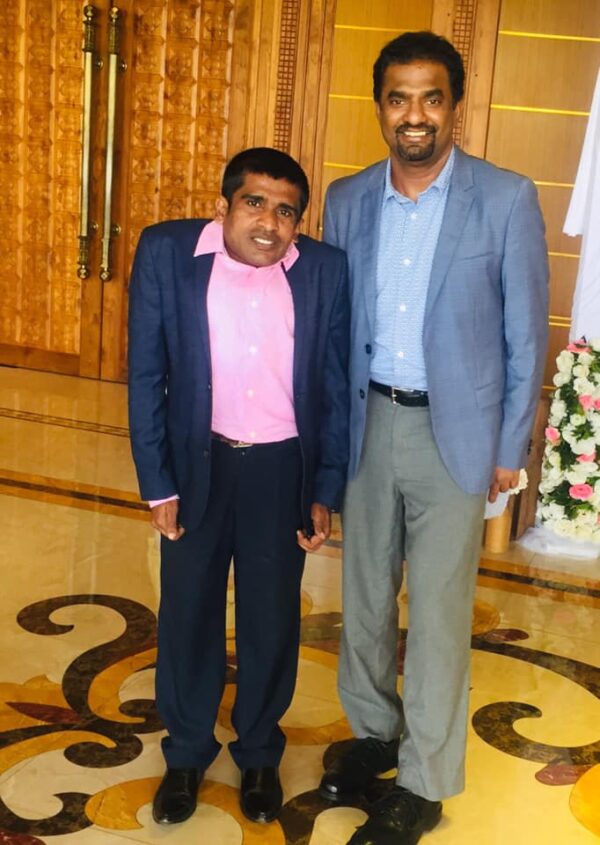 Virat Kohli had invited Gayan for his wedding function in Mumbai, following the main wedding ceremony .Gayan had been the only fan or for that matter the only outsider invited other than team mates, friends and family members.Kohli as we all know married his long time partner Bollywood star Anushka Sharma.Gayan affirmed that  to be invited by such a star like Kohli ‘was very touching’ the event had taken place in December 2017 after the conclusion of a series between Sri Lanka and India. Somehow it is learnt that Gayan had been able  to somehow find a suitable dress to wear for the function which he described “ felt as been on top of the world” particularly as Gayan had confessed he was the solitary fan who had been invited.

Virat Kohli had made Gyan feel comfortable by taking a. selfie with him, dancing with him and posing for a photo with the duo Virat and Anushka.These moments Gayan had asserted would linger in his mind forever.

The die-hard cricket fan Gayan Senanayake will continue cheering our motherland which is his prime interest.All Sri Lankan cricket will no doubt wish him in his noteworthy endeavour.