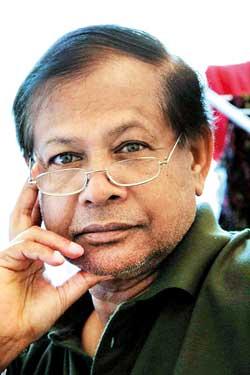 DEATH is inevitable, unavoidable and unpredictable. These statements were REALLY PROVED WHEN my colleague and best friend Mr. H. M. Bandaratillake passed away in his sleep.

After obtaining an honours degree from the Faculty of Agriculture of the University of Peradeniya, he joined the Department of Forests. I together with him was sent on scholarship to the India Forest College, Dehradun, where we learned the basics of Forestry. After, he was posted as the Divisional Forest Officer in the Up-Country Division. Furthermore, he was awarded an USAID scholarship and obtained a Master’s Degree from the University of Georgia, USA.

On his return, he was promoted to a deputy conservator and subsequently he was assigned to the newly created Environmental Management Division of the Department.

Although he was a dedicated forest officer, he never forgot to give priority to his family. He was very proud of the present status of his two daughters.

It is a great loss to his wife Kumari, two daughters Nireka, and Rangika. May he attain the Supreme Bliss of Nirvana. on behalf of all Foresters, M.P. Sarath Fernando, Retired Conservator General of Forests.