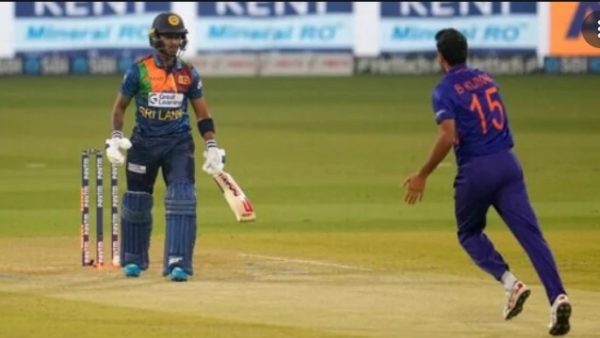 India beat Sri Lanka in the third and final T20I of the series to complete a whitewash over the visitors.

Rohit Sharma had won the toss and opted to bowl in the final match of the series.

Skipper Dasun Shanaka smashed an unbeaten 74 to steer Sri Lanka to 146 for five after a top-order wobble against India.

The win in the third and final T20I also helped India extend their winning streak in T20Is to 12 as they equalled the world record for the most successive victories.