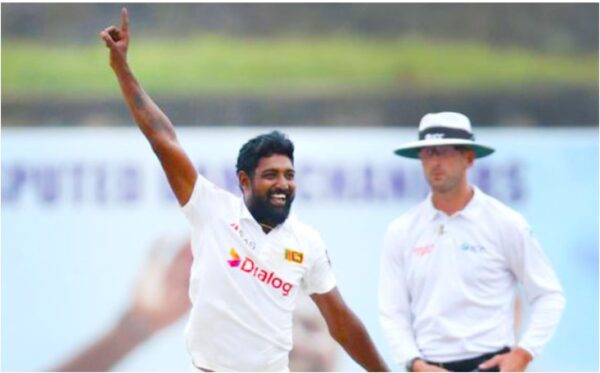 Two Sri Lankan stars who dominated Australia in the recent Test in Galle have nominated to play in the BBL this upcoming season with Prabath Jayasuriya and Dinesh Chandimal among the latest names to headline a host of new nominations for the upcoming overseas draft.

Jayasuriya, Chandimal, Maheesh Theekshana and Bhanuka Rajapaksa have all nominated while England’s Overton brothers, Jamie and Craig, have also put their names forward. None of those players have played in BBL before and Jayasuriya, having taken 29 wickets in his first three Tests, has never even played a T20I for Sri Lanka.

But there are still no Pakistan players amongst the 169 players currently nominated after it was revealed that the PCB is refusing to provide no-objection certificates (NOCs) to Pakistani players – contracted or not contracted – who want to participate in the upcoming BBL season.

There are some familiar names that have nominated to return to the BBL including a host of Afghanistan stars. Mohammad Nabi (Melbourne Renegades), Mujeeb Ur Rahman (Brisbane Heat) and Zahir Khan (Melbourne Renegades) have all nominated and are eligible to be retention picks having played in the BBL last season. Noor Ahmad has also nominated having played for Renegades two seasons ago but is not eligible to be a retention pick.

Sandeep Lamichhane, Tom Lammonby and Unmukt Chand have all joined the draft and could be retention picks having played last season.

South Africa legspinner Imran Tahir has nominated having signed to play for Melbourne Renegades in 2020-21 before he withdrew for personal reasons.

Englishmen Joe Denly and Dan Lawrence and West Indian Fidel Edwards are also included. Overall, players from 13 countries were added to the draft.

Nominations close on August 21 with the event to be held on August 28. Players who have already nominated can change their availability status right up until the cut off. That leaves clubs with just seven days to finalise their draft strategy.