The 87th Battle of the Saints between St. Joseph’s and St. Peter’s ended in a draw at the SSC Ground on Tuesday.

St. Joseph’s forced their arch rivals to follow on as they skittled out St. Peter’s for 138 runs in reply to their 261 for seven wickets. Following on the Petes were 82 for two wickets when bad light forced an early end.

The match was played behind closed doors. Following is the scoreboard of the match courtesy Fazal Mohamed of Sri Lanka Scorers Association. 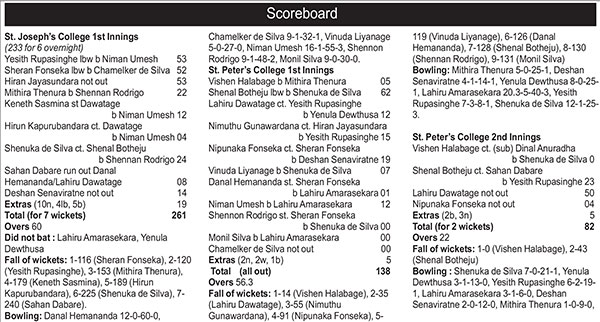