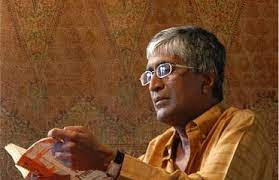 Scholarly senior double doctorate Professor Sunil Ariyaratne, was a visual sensation of the Department of Sinhala and Mass communication, rendered and fulfilled inestimable artistic sustenance to the University of Sri Jayewardenepura during his long tenure.

The artistic personality, Vidyodaya Vibhushana Sahithya Kala Shiromani Sunil Ariyaratne Kuruwita Bandara was born on 28 July 1949 popularly known as Sunil Ariyaratne,   had schooling at St. John’s, Nugegoda. In school he excelled in publishing assortment of diminutive stories, Ähinsakayo” at the tender age of 12 years which foretold the emergence of an aesthetically illustrious celebrity. Subsequent inscriptions were “Api Okkoma” a poetic assortment “Alakeshwara” a historical novel  and “Siyothunta Rekawal” a poetic narrative.

His curiosity for drama emerged from childhood been dreadfully passionate to Sinhala literature and art contributing the script to a play “Amal Biso”. With his neighbours and peers had embarked in producing plays as well. He had written a script for Kumaratunga Munidasa’s  “Magul Kema” while still being a student he produced a drama “Deyyo” to the script of his elder brother Tilakaratne Kuruwita Bandara who inspired him along with his teachers. He was only 15 years, when he won acclamation as a lyricist for his popular song, ‘Sakura Mal Pipila’,sung by Nanda Malini. 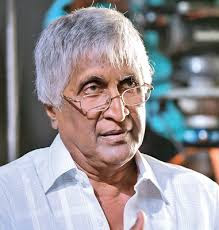 While in school he visualized the fantasy of higher education. He entered University of Sri Jayewardenapura then called “Vidyodaya” , that encouraged and motivated the resolute Sunil Ariyaratne, to prolong his artistic vocation. He received a first-Class Honours degree specializing in Sinhala. He wrote a novel “Jeewithqaya geethayak wewa” along with skilful Buddhadasa Galappaththi and Jayalath  Monoratne published a poetry book “Dolosmahe Pahana. Professor was known in University spheres as a lecturer, the rest got to know him as a versatile lyricist in “Pahan kanda” , “Yathra” , “Pembara  ”, Madhu badun, Adaheraya , Shwetha rathriya  , some wonderful creations since year 1983.Not only had his lyrics, even his researches clutched us to a novel world of opinion. He had confided that though Sri Lanka is rich in Literature only fewer researchers had been made. Some of his research topics were so unique and timely which won him a number of national and state awards. He extensively researched and wrote a book on Baila and Kapirigngna for which he won a State literary award. For his publications on “Grammar phone Era”,  Kerol pasam kantharu , Mahinda prabanda , Manawasinghe geetha prabanda, , Purana sinhala nadagam. Copy editing, Gandarwa apadana , Sinhala Chithrapati geethawali  are also some of professor’s  triumphant researches accomplished  since year 1985.

In 1989 he travelled to Madras and to study Tamil.Via his proficiency in the Tamil language in 1991 he wrote a thesis named “Demala Sahithya Ithihasaya”. In 1994 translated Tamil folk tales with appropriate illustrations, the Tamil Ramayanaya too. Then the genius Professor successfully accomplished the Tamil Sinhala alphabet, writing of Tamil letters, Tamil Buddhism for which he won national awards. He had understood while in Tamil Nadu and Jaffna where Monks who follow Tamil Buddhism preach and recite stanzas in Tamil..He has also written a book on 10 acclaimed musicians in our country to pay homage to them. The book was titled ‘Gandharwa Apadhana’ featuring maestro musicians in the likes of R. Muththusamy, M.K. Rocksamy Mohammed Ghouse and Mohammed Sally,the only one of its kind ever written.

His exertions were vastly acclaimed in national and international media; The University of Visual and Performing Arts of  Sri Jayewardenapura conferred Professor Sunil Ariyaratne his second ‘Doctor of Literature’ honorary Degree in year 2015, a sporadic exploit for any scholar. 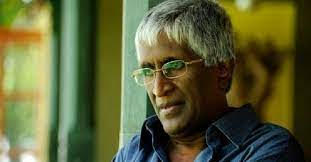 Among the many Sinhala movies directed by him the more recent ones are Uppalawanna, Sacred Cow, Kusa Pabha,Paththini and Ali Kathawa.He had produced and directed Sudu Sevanali. He had contributed to the music scores in “Sacred Cow and “The City”.The scripts of the films Sudu Sevanali ,Ali Kathawa and Paththini were Professor’s.In year 2018, Ariyarante directed a historical story of Bimba Devi Alias Yashodara. It was screened on April 26, at 85 cinema halls becoming the biggest number of the simultaneous screening in Sri Lanka. Laterwas screened in many overseas countries including Australia. The film received mostly positive reviews from the critics.

In 2019, he directed the blockbuster film Vijayaba Kollaya,Professors 23rd film was released on 1 August in 80 cinema halls across the island. The film was an adaptation of W.A. Silva’s novel of the same name. The film received many positive reviews.

On 17 March 2020, he launched the second volume of Gandharwa Apadana where 06 books written on 12 musicians an appropriate tribute to them including deceased musicians.

His first direction was “Anupama” in 1978 continued entertaining people with “Siri bo Iya” “Baba Ketu Hati” “Kele mal”, ‘Kristhu Charithaya” etc., He had confessed that he would in no way retreat from films since the passion is embedded in his genes. Professor Ariyaratne has revisited to filmmaking directing his 22nd film ‘Bimbhadevi’ alias ‘Yashodhara’, the narrative of the beloved wife of Siddhartha. The titles roles of Siddhartha and Yashodhara (Lady of the Lotus) are portrayed by two Indian stars. .The film had been shot inside a massive set at Ranminitenna cinema village in Hambantota  for 45 days of strenuous schedule. It is learned that the two Indian stars selected had been enormously precise. Speaking about his selection of Indian stars to play the roles Siddharatha and Yashodhara,he had quipped that the Indian stars suited to the roles better.

In year 2019 Vijayaba Kollaya as Professor’s 23rd film direction was released which was a historical drama creation. It starred Hemal Ranasinghe, Senali Fonseka and Ashan Dias in lead roles while the music sound track was by maestro musician Rohana Weerasinghe, screenplay was written by Tissa Abeysekera the last before his death.

Professor had triumphed in the area for his lyrics for many songs where all our popular singers had done justice by singing gorgeously. Early in his career when he wrote a song for Pandit Amaradeva “Bambara Petikke” to the music of Victor Ratnayake,  Master had inquired ‘who is this “hadaya” who wrote these lyrics. Anyhow Professor continued to donate lyrics in the same vein had written hundreds of songs most of which had become trendy. A few of them that strikes any one are ‘Me guru pare,Podiduwage sina welai,Oba themei kiya bayyai,Api ethata ethata pa nagala,Viyo ge gayana,Yalu bala sande,Ane kurulu kooduwata gahanna ape’ etc. The critics say the lyrics of the song Buddhanu Bhawena is a song like a Buddhist stanza which is one of rare Buddhist songs to bless the noble triple gem to bring prosperity to our country. The lyrics of Professor are full of tinge, wordplay, innovation, allusions, and gorgeousness. For his lyrics he had won six Sarasaviya awards, four Presidential awards from the year 1981, while for the lyrics in Tele dramas Professor has won three awards.

Senior professor Sunil Ariyaratne had also won a number of honorary awards which proves him to be the finest among the best.  Wishwa Prasadini Award, Vidyodaya Vibhushana Honorary name, Sahithya Kala Shiromani Honorary award,and the Kamban Award, are some such awards that he had won.

In the context of the foregoing for his many milestones of achievements, it would be the fervent hope of all art loving people to wish Professor good health, longevity and courage to continue his superlative endeavours to the utmost to delight the artistic Sri Lankan’s in the motherland and abroad with more such creations.