Very few tourists who have visited Sri Lanka over the past many years have missed seeing this Monolith. Quite a few have climbed Sigiriya as well, marvelling at the wall of ancient frescoes along the way to the apex, then fascinated by the beautiful views from atop this giant rock, which could well have been, in my opinion anyway, the eighth wonder of the ancient World, a fortress built by a former King of the little Island that we called Ceylon, although this teardrop of India did possess several other names in bygone eras before finally arriving at the name of Sri Lanka.

To make a long story short, this King, mentioned above, whose name was Kasyappa was actually a King by default, in that he had “stolen” the throne from his Father, the King, at the time, who he had killed, while his older brother, Moggalana (the real heir to the throne) was away in India, attending to some Princely business at the time.

Kasyappa seized the throne, then heard that brother Moggalana was given the bad news, and quite naturally, was most annoyed about it, started his own Army with the intent of taking back the throne that he was entitled to.

When the new King Kasyappa was told about this, he panicked and, with nowhere else to run, he chose this huge rock in the middle of a jungle, forcing thousands of his Native Citizens to build up this rock, which he named Singha-giriya (abbreviated to Sigiriya) or Lion Rock, because after all, the Sinhalese Race is supposed to have emanated from the Singhaya or Lion, (in English). Kasyappa was a bad man, but a tough, cunning one, and so he had his labourers build him this unique City, complete with a Palace & swank quarters for his Concubines, gardens, swimming pools and the lot, on TOP of this humongous fortress, the idea being that he could then station his Troops to adequately guard the entrance to his headquarters, by picking Moggalana’s soldiers off quite easily, as they tried to access this Rogue King, via a rather narrow walkway. Moggalana’s Mob, for want of another name, did not have a chance against the Kasyappa Klan, and the King went on to rule his people from the zenith of this man-made lion-rock.

The crux of this story is that not many have seen the Lion Rock as it was when first built. It is still a huge tourist attraction, but here are some original photographs of what Sigiriya looked like at the time of building. Taking into consideration that this job was done, completely by hand, what fascinating talent would this little Island have had, even in ancient times. Please enjoy this introduction of the real “LION ROCK”.

Sigiriya the way it was

The grandeur of  Sigiriya fortress when constructed. 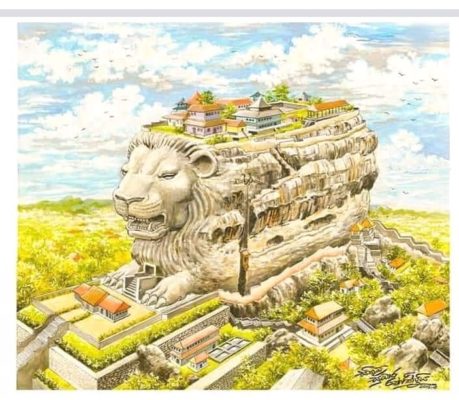 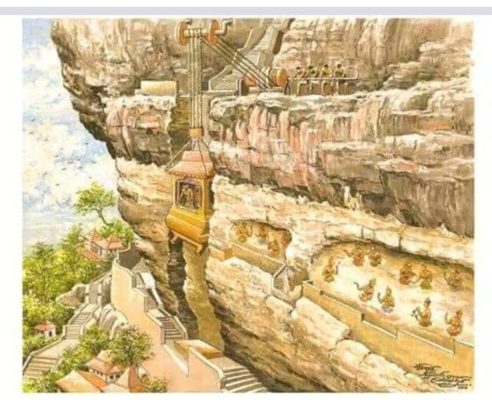 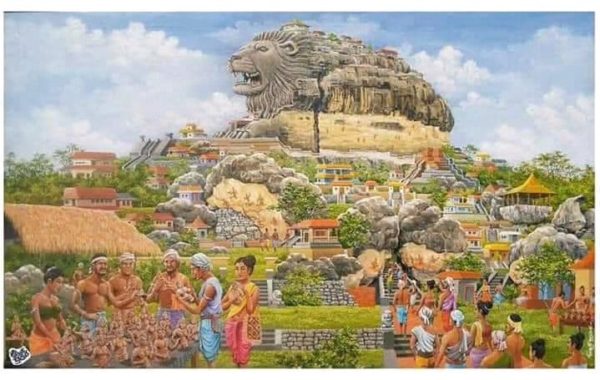 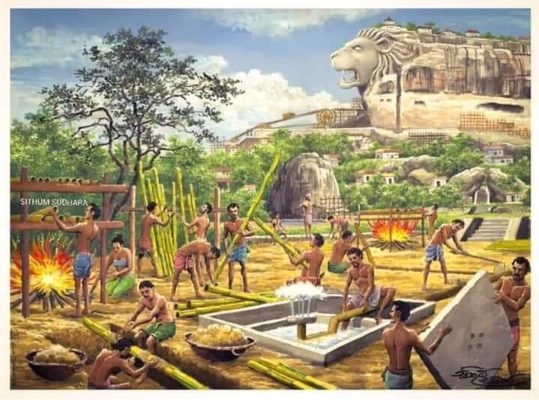