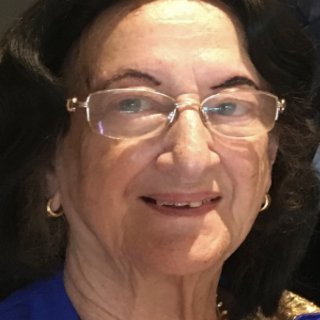 It is with much sadness that I refer to the death of a dear friend, CSA member Inez Sourjah who  passed away in her sleep in the afternoon of 8 Septmber 2021. Inez was the dearly beloved wife of the late Dr Robert Sourjah who passed away last year. She was the mother of Rohan and Lalin. Rohan is of course the founding Hony Secretary of the Ceylon Society of Australia, a foundation member, who has rendered yeoman service in the formation of the Society nearly 25 years ago. I recall the pre-foundation dinners that were hosted by a small coterie of friends and fellow travellers in pursuit of memories and links with an almost forgotten country then called Ceylon. Rohan and his wife Deanne  hosted the third such dinner.Those get- togethers were to herald the formation of what is now known as the Ceylon Society of Australia. Rohan was then  living in Seven Hills, Sydney, and his parents Robert and Inez well settled in Sri Lanka where Robert was enjoying a popular practice as a Physician. That did not prevent them from making frequent trips to Sydney to visit Rohan and family, and which inevitably brought them into the fold of Rohan’s friends of whom I was privileged to be counted as one. In fact on a visit to Sri Lanka sometime in 1996, my wife and I were hosted to a dinner by Robert and Inez  at their home in De Silva Road, Kalubowila. This was the first of many such sumptious meals we shared with Robert, Inez, and their many friends after they migrated to Australia around that time.  Robert and Inez were the quintessential hosts, with Inez and her culinary skills evident in a wide repertoire of mouth watering dishes, and Robert as the quiet but forceful conversationalist with a remarkable memory.

During their stay in Sysdney over the past two and a half decades, the home of Robert and Inez was like a honey pot attracting bears. They needed no excuse to host a lunch or dinner for numbers ranging at times to over 50 or 60. Inez revelled in this role, and was the happy host very satisfied by the obvious enjoyment of her guests. Robert was often referrred to as the Grand Old Man of Trinity College, having captained the first Trinity  rugby team in 1945 to inaugurate  the Bradby Shield series. Robert was awarded the highly coveted Trinity Lion, and the sons Rohan and Lalin also keeping their tryst with destiny by being awarded the Lion, a generation later. All that history woven together by the quiet matriach of the family, Inez. The old boys of Trinity College in Sydney,found a veritable second home in the Sourjah residence, with no major event of the OBU passing without a celebration at the Sourjahs. Robert was a Committee member of the Ceylon Society of Australia, and was a genial host to the Committee on more than one occasion.When the Sourjahs celebrated their 60 th wedding anniverssary a few years ago, at a golf club in Sydney attended by over a hundred guests it was my privilge and pleasure to propose a toast to the health of the couple.

Inez Sourjah was born in Kandy the daughter of Mr and Mrs John Jackson- Smale. Her father was the librarian at the Department of Agriculture in Peradeniya. While her brothers were educated at Trinity Collge, Kandy, Inez and her sister attended good Shepherd’s Convent Kandy for their education.Inez represents a generation that lived the greater part of their lives in Sri Lanka, and brought up in a culture characterised by a gentile life governed by  values such as honesty, sincerity, and goodwill to all. That generation was brought up to enjoy the environment around, and appreciate the country’s history and culture, cultivate long lasting friendships, with an underlying emphasis on decency. It seems that those societal values are gradually being eroded with modernisation.

Inez has left behind a fragrant memory of her life on this earth, as fragrant as the bautiful roses she cultivated with such expertise in her garden. May she now be rewarded with eternal peace.