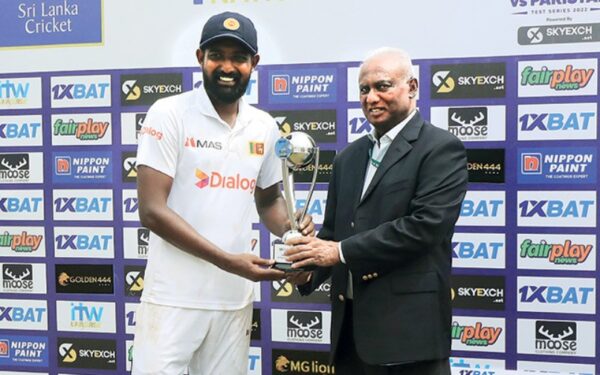 Jesus’ teachings nearly 2000 years after his death still are highly relevant and we see living examples daily. This week we witnessed one such in sports when Prabath Jayasuriya spun Sri Lanka to a famous victory over Pakistan. Jesus had taught  when a man rejects someone that  necessarily  doesn’t have to be the right decision. At times, ‘the rejected stone can go onto become the cornerstone.’

Last year Prabath had been exiled with questions cast over his fitness. At the age of 30 an international call looked unlikely for him. Then the Sri Lankan camp was hit by Covid and the selectors were left with Hobson’s choice but to recall him. How well he went onto silence his critics.

Those who initiated this strict fitness regime need to give the cricket loving public an apology. It didn’t serve much purpose and only forced a few players to retire from the game prematurely. Sadly, those who made the calls are in hiding, not able to face the public. The selectors have not addressed a media briefing in more than a year now. Their policies remain a mystery.

From being rejected, Prabath now finds himself as the center of attention. There are already talks about the attack being built around him. He’s come a long way having taken 29 wickets in three Tests.

Sri Lanka coach Chris Silverwood explained the relief when he saw Jayasuriya for the first time on the eve of a Test match. Sri Lanka had lost the first Test against Australia as the spinners were wayward. Prabath was a godsend.

‘I didn’t know a great deal about him before he came over. A few of the guys had played with him and against him. What I did want in the attack was control and they told me that Prabath would bring the best control we had and hence he came in,” Silverwood said.

“The biggest thing for me is that he has really contributed and shown that he can create pressure on the opposition batsmen, he gets balls in good areas and he’s got a lot of wickets. For me he is one whom you can turn to when the game is getting away from you. If you put him on, you know he can dry the runs up and also create opportunities. So from a dynamic point of view he’s been superb for us,” Silverwood added.

“An Opportunity was created through covid and it’s nice to see someone grabbing that opportunity with both hands.”