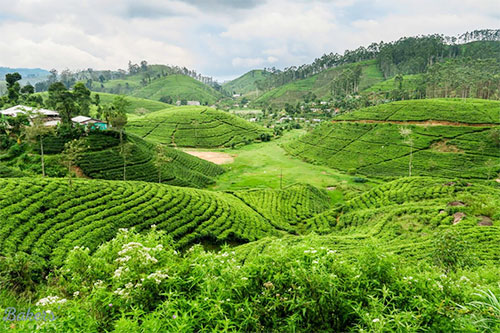 The seven regional flavours of Ceylon tea were celebrated in Melbourne, Australia today, in a special “Ceylon Tea Evening” organized by the Consulate General of Sri Lanka in Melbourne.

Addressing the gathering, Co-Chairperson of the Sri Lanka Friends in the Victorian Parliament Craig Ondarchie said he enjoyed Ceylon tea since his childhood and appreciated the opportunity provided to bring the multicultural Victorian society together with tea. Consul General Kapila Fonseka made a presentation followed by a video, promoting Ceylon tea. Iced tea prepared using Ceylon tea and warmly brewed pure Ceylon tea were made available for the guests to taste.

The Australian Tea Masters CEO made an arrangement of Sri Lankan regional tea flavours and a tasting session while introducing the seven single origin regional teas of Sri Lanka. The presence of the former Sri Lanka national cricket captain Tilakaratne Dilshan enhanced the visibility and glamour of the tea evening. He presented attendees with gift teas of his own Ceylon tea brand. Sri Lanka Tea Board made special tea masks were also gifted to the participants.

A symbol of Sri Lanka, “Ceylon Tea” is popular among Australians and this “Ceylon Tea Evening” was arranged to promote it further. The event was organized with the sponsorship of the Sri Lanka Tea Board.