The People of the Fire – By Randika Jayakody & Jerome Perera

Source :  Sri Lankan Group of Radio 4EB is pleased to present its Newsletter “Dæhæna” for August 2022.

What do the Mumtaz Mahal (former residence of Speaker of Parliament), Independence Memorial Hall, Tintagel Colombo, Temple of Fire and the Kandy Masonic Temple have in common? All of these iconic buildings were intricately crafted within the mind of a Sri Lankan Parsee named Homi Billimoria. 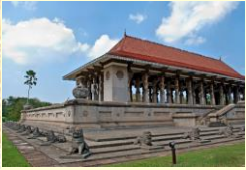 The Parsis of Sri Lanka are an ethnoreligious group that originated in Iran who left Iran to escape religious persecution. As a result, many Parsis in Sri Lanka practice Zoroastrianism, a fascinating religion with a wholesome philosophy.

The migrations out of Iran brought the Parsi community to Ceylon where they have settled and contributed vastly to the historical, intellectual and cultural landscape of modern Sri Lanka.

The Parsi community has significantly invested in improving education in Sri Lanka by expanding educational infrastructure and developing scholarships. The Ceylon Literary Society and various colleges were founded by the Parsis. Both the first cancer hospice in Sri Lanka and the Child Protection Society were pioneered by individuals of Parsi descent.

The planning of towns in Sri Lanka had a strong Parsi influence, with Homi Billimoria being the first Ceylonese city planner, thereby integrating the influence of this fascinating community into the very fabric of the nation’s infrastructure.

The legendary Jimmy Brarucha was another Parsi who contributed over 46 years to radio broadcasting through Radio Ceylon. His broadcasts have lent support to several successful bands with his eclectic choice of music likely to have inspired the explosion of creativity in Ceylonese music of the 60’s and 70’s.

As a young girl Abans Pestonjee enjoyed restoring damaged appliances into workable condition in her parent’s garage. From these humble beginning she built the Abans group of companies which is now ubiquitous in Sri Lanka.

Hans Billimoria is also an active member of the philosophical environment in Sri Lanka. He has confidently attracted attention to various causes of social justice such as gender based violence, LGBTIQ+ discrimination and other issues often rarely addressed in the Sri Lankan society. His continuous involvement in debate contributes to make poignant observations on social developments across Sri Lanka.

The culinary contributions of the Parsis are many, including the Dhansak, Bun Maska and sweet spiced teas which are regularly enjoyed by Lankans of all backgrounds. The Tea Buns with raisins often enjoyed with a cup of tea in the evenings across the island continue to celebrate the contributions of Café Britannia and other Parsi bakers.

The Parsi community contributes richly to the business, agricultural, architectural, intellectual, legal, political, and social landscape of Sri Lanka. From fleeing persecution, this often unacknowledged community has helped sculpt modern Sri Lanka, and is a testament of the inherent benefits of openness to multiculturalism in Sri Lanka. 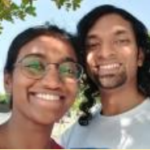 Randika Jayakody & Jerome Perera
Among Randika and Jerome’s many interests is a deep passion to understand Sri Lankan history and culture.