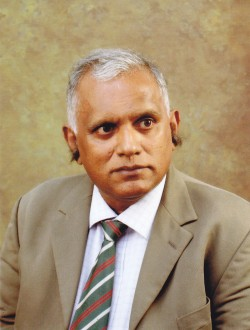 Ever since we joined the Kindergarten at the Royal Primary School, cricket has been part of our lives. If there was one game that bound us together right through our school career and even beyond that was cricket. It was the lifeblood of Royalists, particularly in the 1950s and 1960s. Cricket walked with us like a shadow and gave us a level of excitement that was unmatched by any other sport.

The catchword ‘hora umpire’ was very much part of the cricket culture in our growing years.

We knew when a wrong decision was given by an umpire. We could do nothing to overturn it, except shout ‘Hora Umpire’. Wrong decisions of umpires have brought miserable outcomes, distorted results, crippled careers and sometimes even strained relations between cricket playing nations.

With the introduction of technology, the situation became worse. The mistake of the umpire was vividly shown on TV screens to a worldwide audience without making use of the very same technology to correct the error of the umpire. A manifest injustice was allowed to stand. This was totally contrary to the spirit of cricket which always stood for fair play and justice.

This vexed problem of ‘ hora umpires’ and ‘ hora decisions’ remained unresolved in cricket until one of our own ex – classmates came to the fore and gave a solution that turned cricket adjudication on its head. He challenged a fundamental premise of traditional cricket i.e. umpire’s decision is final. This finality is no longer granted to an umpire’s decision is largely due to the campaign of our ex-classmate who vehemently argued in the international arena that player dissent should be allowed for a noble cause i.e. to right a wrong. He used his legal training effectively to argue his case.

UDRS has been hailed as the most revolutionary step taken to reform cricket rules since the inception of the game. A  Sri Lankan / old Royalist has conceived a concept i.e. player referral, which has brought fairness to umpiring decisions. It has been adopted by the ICC since October 1, 2009.

We must commend this achievement. To stand together with Senaka Weeraratna though he has many more hurdles to clear before he gets final recognition from the ICC. At a personal level, I have decided to back Senaka’s fight for due recognition which I am certain will bring recognition and glory to our country, school and even the Royal College 1960 Group.

In the heart of Leicestershire, there is a little bit of England’s green and pleasant land named Sigiriya, in the parish of Illston village, an hour away from the Leicestershire County Cricket Grounds in Grace Road. The view is breathtaking, situated between two churches and stunning green fields, the Sigiriya Grounds takes you back to Nuwara-Eliya.

The owner is an extraordinary man. Self-made millionaire Sarath Abeysundera is a dedicated, committed backer of Sri Lankan cricket. Chairman of Leicester Dyers, a thriving company within the textile industry in the Midlands, Sarath Abeysundera is a name so well known in cricketing and business circles in Leicester. He has backed the county club, raised funds for the cause of Sri Lankan cricket. His dream is now a reality – cricketers from all over the world have made their way to Abey’s club to play on this stunning ground. Arjuna Ranatunga and the World Champions have played here. Arvinda de Silva has knocked sixes past the cows grazing on the adjoining field. Muttiah Muralitharan’s wily spin has bamboozled many a cricketer on this ground.

Abeysundera hosted the entire Sri Lankan team including Manager Ranjit Fernando and coach Roy Dias at a reception in their honour in his clubhouse. It was a marvellous sight to see the entire team in smart casual dress with their rust coloured shirts with a golden lion motif – the coach winding its way down the leafy countryside lanes finally reaching Abey’s cricket club in the tiny village hamlet where only 60 inhabitants live. The sound of baila echoed around the clubhouse and Sri Lankans from various parts of Leicester descended on the club to pay tribute and honour the World Champions who beat the country their first win on the UK tour. Also present were members of the UK Representative Committee of the BCCSL of which Abeysundera is a member. It was a glorious night as the team relaxed deep in the countryside on land claimed by a Sri Lankan renamed Sigiriya. 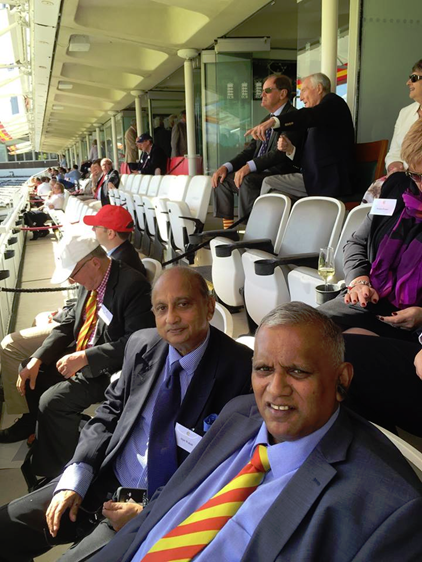 At Lords one day final