Writing The American Ceylon Mission: A Review Of The American River Of Love That Flowed Into Jaffna – By Mahendran Thiruvarangan 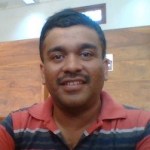 When cultures and faiths meet one another, there often crop up debates, dissonances and worse, even violent conflicts. But is that all we can say about such events that history unfurls time to time? Didn’t such moments of the past also include cultural fusions that make us who we are today? Aren’t we all carrying in our bodies, thoughts and practices of the present

some of these blends made in the past? How do we narrate these histories that created simultaneously both ties that cut across linguistic, cultural and religious borders and violent hierarchies that organized our communities unequally? I found myself grappling with these questions when I was reading The American River of Love that Flowed into Jaffna, a book by Bishop Jebanesan launched recently in Jaffna.

This book narrates the story of a Protestant Christian missionary movement from the USA, known as the American Board of Commissioners for Foreign Missions (ABCFM), that arrived in nineteenth-century Jaffna and went on to fuse itself with the language and traditions of the local Tamils and contributed significantly towards the region’s progress in the areas of education and health care, whilst being involved in proselytizing the inhabitants of that region. The long voyages that the missionaries undertook amidst battering weather conditions, the emotional pain that confronted them following their separation from their families, the cultural and ecological challenges they faced in acclimatizing themselves to a new environment are all vividly described in the book.

Bishop Jebanesan’s book gives prominence to the missionaries’ attempts to educate the people of Jaffna, their concerns related to the education of the oppressed caste communities to whom education had been denied at the time, their keenness in educating the local women and their contribution to the health care of the people. The Bishop gives an overview of the activities the missionaries initiated and the schools and hospitals they inaugurated as a way of developing Jaffna. The author also highlights the interest shown by the missionaries in giving a central place to the Tamil language in the work they did. Tamil education, the missionaries held, was important to cultivate of a group of Tamil theologians who would take the gospel among the locals in a language that the latter understood.

Even though the primary objective of the missionaries was to spread Christianity, the book notes that missionaries like Hoisington engaged with Hindu philosophy in a scholarly manner and even translated some of the canonical philosophical texts associated with Hinduism into English. Hoisington’s interest and scholarship in Hindu Philosophy, Tamil literature and Tamil astrology suggests that the educational ambience that these missionaries nurtured in Jaffna was cosmopolitan in some ways and could not be indifferent to the religious worldview of the locals.

The book pays special attention to the missionaries’ contribution towards the creation of a book culture in Jaffna. The author writes in detail about the establishment of a printing press in Jaffna by the American missionaries, their role in inaugurating Uthayatharakai (the English version of the newspaper was known as The Morning Star), the first ever newspaper in Tamil to be published from Sri Lanka, the educational and religious texts that were produced and translated as part of this culture.

Bringing in anecdotes from his family archive, the Bishop writes about his great grandfather who initially resisted the missionaries’ attempt to preach the gospel to his sons but later embraced Christianity. In addition to the personal stories gleaned from the letters and communications that the missionaries wrote from Jaffna, the book includes stories about the missionaries that the author had heard from his mother and teachers at Jaffna College. It is noteworthy that this book, woven with several orally transmitted narratives, came out of an oral history initiative where the Bishop delivered a series of lectures on the American Ceylon Mission (ACM) via YouTube. In the book, the Bishop praises the missionaries with gratitude for the work they did to propagate Christianity and remembers them with love for their societal contribution.

In order to understand the social and religious roles the ACM played in nineteenth-century Jaffna holistically, its work needs to be reviewed from a postcolonial angle too. The cultural, religious and social work done by Christian missionaries in Asia and Africa during colonial times was often imbricated in the material processes and ideological apparatuses of colonialism. Although the American Missionaries were not interested in colonizing Jaffna, some of their views on the locals and their religious beliefs reek of orientalism, a process of knowledge production whereby, as Edward Said argues, colonizers and those associated with them portrayed the native populations and their beliefs as inferior to European ways of being and living. Samuel Green’s proclamation, “I’ll go to a land of darkness and heal the bodies and enlighten the minds of some error bound people,” suggests that the ACM’s outlook was not free of such orientalism.

One cannot assess the ABCFM’s activities in colonized locations like Jaffna without shedding light upon the political context of settler colonialism in the US where the group’s role in ‘civilizing’ the Native Americans has been called into question. The papers of the ABCFM composed when the group was working among the Cherokee people, a Native American community, reveal that its long-term purpose was to “gradually make the whole [Cherokee] tribe English in language, civilized in habits, and Christian in religion.” Gnimbin Albert Ouattara’s work on the ABCFM’s approach to Christianize the Cherokees holds that the group’s “civilizing strategy received a lot of support from the U.S. government and general public”.

Equally important is that we look closely at the way the ABCFM missionaries engaged the local structures of caste power in Jaffna. A recent article by Mark E. Balmforth notes that during the early years of its work in Jaffna, the Mission “systematically allowed the operation of caste privileges demanded by the few Veḷḷāḷar members of its churches and schools, to ensure they remained.” Balmforth further argues that “the mission’s Veḷḷāḷar affiliation was a deliberate choice,” and thereby the mission “facilitated late nineteenth- and twentieth century Veḷḷāḷar dominance over the peninsula’s economic, social, and political life.” The missionaries’ collusions with the local elite indicate that the ACM’s role in challenging caste oppression in Jaffna was mired in contradictions.

Similarly, recent feminist scholarship uncovers some problematic sides to the ideologies that underpinned the work done by the female missionaries. American women’s participation in missionary activism was in some ways a radical flight from the eighteenth and nineteenth century Anglo-American discourses of gendering which assigned to women the domestic role of mother or wife or nurturer or care-giver, while framing commerce and politics as arenas for the male preserve. The female missionaries’ departure from their homes and nations was thus seen as a productive moment. However, the hegemonic politics of gendered domesticity re-entered the picture when the missionary women were called upon to cultivate in non-Christian lands women who could create Christian households as wives and mothers. Malathi de Alwis notes that the American missionaries taught needlework to the female students Uduvil Girls’ College as a way of perpetuating American gendered notions about domesticity as ‘respectability’. Amy Kaplan describes “[this] outward reach of domesticity [which] enable[d] the interior functioning of the home” as “imperial domesticity” in her work. Scholars like Balmforth, de Alwis and Kaplan demonstrate that the missionary women’s work rested on cultural assumptions that were demeaning towards local women, their families and lifestyle.

Critical scholarship on the ABCFM’s activities underscores that the group did participate in overt and covert ways in processes that affirmed and reproduced local and global hierarchies built around the axes of culture, race, religion, gender and caste. This scholarship, while bringing to light some of the hegemonic ideas and practices that sat within the ACM, richly complements Bishop Jebanesan’s attention to the progressive content of the work done by the missionaries. Recognizing this complex history which includes moments of progress, radical openings, and translation across religious and linguistic boundaries on the one hand, and moments of epistemic violence, cultural othering and intolerance on the other, is essential in assessing the historical role the ABCFM played in Jaffna’s evolution as a pluralist space and a center of modern education in the nineteenth-century.

In the long history of Jaffna as a place and a meeting point of cultures and languages, the period of the ACM forms an important phase. How the ACM contributed to the rise of a Protestant Christian tradition that enriched the Tamil language, how it created changes in the political economy of Jaffna, how it disrupted the existent caste, class and gender relations and then re-oriented and re-constructed them, and how it shaped the social, economic and political processes of the people of Jaffna in the subsequent centuries are all questions that deserve scholarly attention. There is no doubt that Bishop Jebanesan’s book will be an indispensable resource in our inquiries into these matters.

*Mahendran Thiruvarangan is attached to the Department of Linguistics & English, University of Jaffna