A Tribute to Podi hamuduruwo – By Dr. Tilak S. Fernando 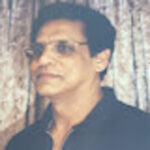 When I was in London my niece Shyamala Fernando asked me to interview Dr Galagoda Gnanissara Thera when I visited Sri Lanka on holiday in 2000, one of the most respected Buddhist prelates in Sri Lanka. He’s popularly known as Podihamuduruwo, the Chief Incumbent at the Gangarama Temple.

Venerable Nayaka Thera was born on 14 December 1943, ordained in the village of Galagoda, Matara, on 8 November 1954. After completing his primary education, he entered Vidyodaya University in 1961 and graduated with a Bachelor of Arts degree. He took up robes at the age of 10, graduated at 17 and had to take the reins of Gangarama Viharaya at the age of 17 when his guru Venerable Devundera Sri Vachissara passed away. Many admire his guidance. The Venerable helps orphans to face life with a strong sense of responsibility

I visited Kataragama before I approached the venerable in 2000. The last time I went to Kataragama was when I was a child, when devotees to the Kovil had to walk miles along narrow footpaths. By 2000, Kataragama town had developed to such an extent with shops, guest houses and other facilities; today Kataragama manifests itself as a busy town.

Thanks to my niece, I received a letter of authority from Podihamuduruwo to stay at the chalet reserved for the late President Premadasa at the Gangarama ‘Rest’ in Kataragama administered by Podihamuduruwo. It consists of several acres of land with independent chalets attractively landscaped. The chalet I was offered had a modern bathroom. The Gangarama Rest helps pilgrims stay free of charge.

I noticed the canteen was highly subsidised and run by orphaned youths trained by Podihamuduruwo. The Rest helps the pilgrims to stay free of charge in the chalets. There were seventy-five children in the orphanage (2000), and further provision was extended to expand the hostel to accommodate 350 more children. A few yards away from the canteen was an orphanage for beggar families. The orphans of beggar families enjoyed food, clothing, and shelter free of charge. The children went to school for general studies, but, after school, they received practical training in the building, printing, or automobile trade to assist them in finding suitable employment in society. To help such projects, NORAD, the US Embassy and the Australian High Commission supplied the water service, the beds, and the room cupboards.

Having seen and enjoyed all the facilities at the Gangarama Rest, I went to meet the architect of the project, Podihamuduruwo. My first impression of him was that he was unassuming, dextrous, determined and a dedicated Buddhist priest. A guided tour inside the Gangarama Temple enabled me to fathom to what extent Podihamuduruwo had transformed the temple into an inspiring and historical temple. I entered the shrine room where Lord Buddha’s corporeal relics were placed in a golden casket. Podihamuduruwo put the casket on my head to receive the supreme blessings of the Buddha; Pirith was chanted throughout the day.

Dr. Galagoda Gnanissara disclosed that over 50,000 poor youth underwent training in 2000. Podihamuduruwo handpicked Sarath, the supervisor, to run the Gangarama canteen and the chalets. The Rest was offered free-of-charge to every pilgrim. The management of the Canteen and the Rest were maintained by orphaned youths based on a co-operative scheme as a registered charity.

I wanted permission to write about what I had seen at Kataragama and Podihamuduruwo jested:  “If you’re going to write about me, you must first write about all you have heard about me. Please don’t spare a single sentence.”

Podihamuduruwo’s idea was to build two factions of the community for Buddhist monks and a disciplined youth society. I asked the eminent priest that on a day when he was not there who was to succeed him? His resolute answer was that he had trained orphaned children and transformed them into practical human beings, as well as student priests. “My student priests and my children are there to carry out what I have initiated.”

Podihamuduruwo was inspired by what he saw in Galena, Calvary in the US. On his return to Sri Lanka in 1976, the Venerable  constructed the Seemamalake at the centre of the Beira Lake, followed by the Kataragama projects. Podihamuduruwo was available to discuss any personal problems of the laity. Every religious devotee visiting the Gangarama Temple received the blessing by Podihamuduruwo, placing the reliquary of relics upon each devotee’s head and Paritta strings tied around the wrist.

Podihamuduruwo’ built the Sri Jinaratana Technical Training Centre near Beira Lake to help youths gain practical experience in many fields. His main ambition was to divert the misguided children, who went astray after the JVP insurrection to transform them into disciplined future citizens of Sri Lanka. The industrial training programmes have diversified into many areas such as electrical, house wiring, motor mechanism, printing, and computer technology.

The Nawam Maha Perahera of the Gangarama annually paraded many elephants and traditional artistes. It has become a symbol of the annual processions that revolutionised the Sri Lankan Perahera dynasty. The ‘Buddha Rashmi Vesak Festival’ held annually with the collaboration of the Prime Minister’s Office has become world-famous.

The prelate had access to the late President J.R. Jayewardene. Such cordial connections were severed when JR signed the Indo-Lanka pact, and the irate Venerable protested against the signing of the peace accord by holding black flags. Podihamuduruwo emphasised that he did not belong to any political party or a politician, but challenged even the late President Premadasa whenever he went out of the rails! His motto was to “make good out of anything wrong”.

The character of Gnanissara Nayaka Thera is very exquisite and contemporary. In my personal experience and meeting with Podihamuduruwo and having a lengthy discussion, I could only say that the monk is an exceptional living example of a Buddhist priest. He cares for future generations of Sri Lanka.