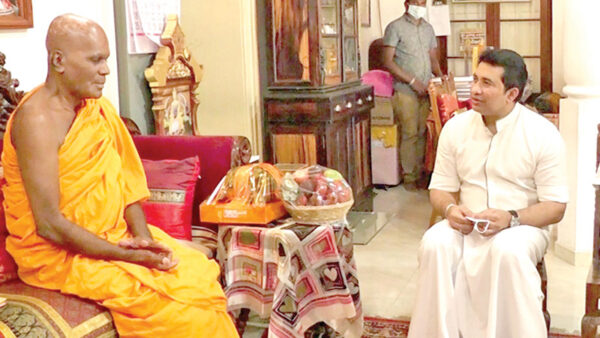 Irrigation, Sports and Youth Affairs Minister Roshan Ranasinghe said that the Asian Development Bank (ADB) has approved a grant of US$ 50 million for the importation of chemical fertilizers for the forthcoming Maha season. The necessary Cabinet approval will be obtained this week, the Minister said.

Minister Ranasinghe was speaking after visiting the Sri Dalada Maligawa and meeting the Malwatta and Asgiriya Anunayaka Theras recently.

The Minister said that with the introduction of chemical fertilizers required for the Maha season, it will be possible to increase the production and provide the required amount of rice to the people in the future.

Minister Ranasinghe said that the North Central and North Western canal development projects under the Mahaweli project are being carried out with the help of the ADB and local funds and that such projects should be continued without stopping to revive the national economy.

Meanwhile, cultivation will be targeted for three seasons in the future and steps will be taken to release water through proper management, the Minister said.