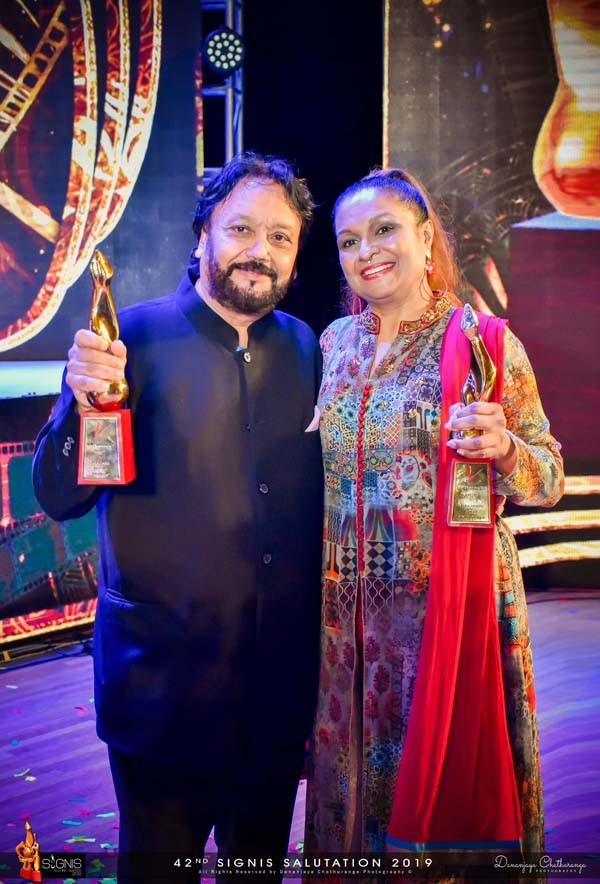 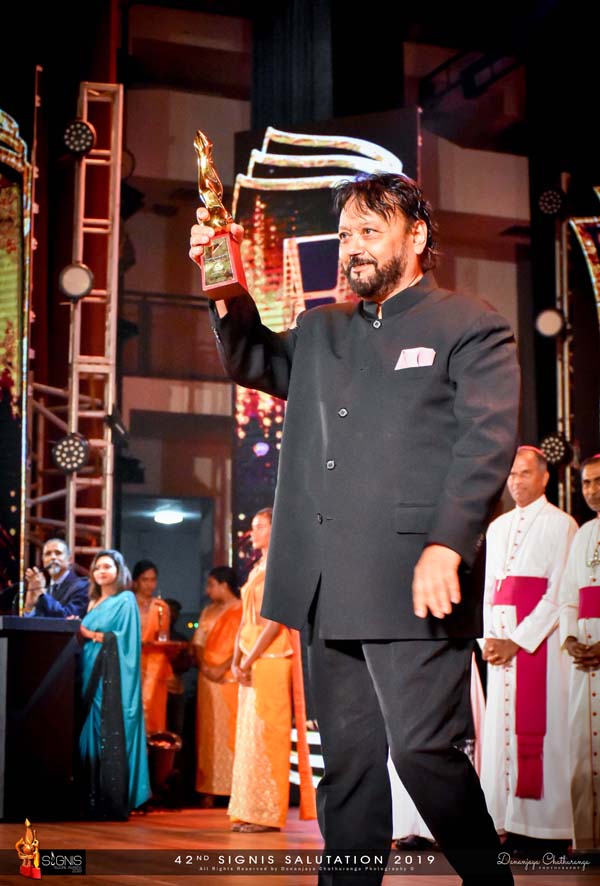 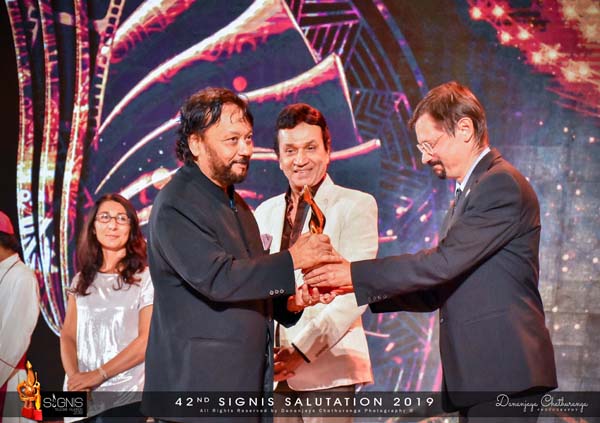 in ‘ACCORDING TO MATTHEW’ at the SIGNIS FILM AWARDS.
A well received decision of the Grand Jury brought an ovation from a very receptive audience

of a film production in both English & Sinhalese.

Photo shows Alston receiving the award from Secretary General Ricardo Yanez together with 14 other delegates from around the World present for the 42nd SIGNIS FILM AWARDS.

It was an award winning year for Alston Kochwho earlier won the ‘Sri Lankan Of The Year ‘for 2018 as well as been chosen as the ‘Brand Ambassador’ for The Rotary Club.