“get on, with each other” , much better than humans do. This is one of the most beautiful examples that I’ve had the pleasure of seeing, in a long time. Here’s hoping that our thousands of e’Lanka readers will enjoy this, as I have done.

Yet again, another great e’Lanka story, coming to us from our friend Chris. Lawton (O.A.M.), on the odd behaviour of some animals on our planet. There seems to be nothing odd about it, our World is in chaos right now, and it seems to be affecting the animals, as well.

Thank you Chris., for the story.

No celebrity couple can match the sheer hotness of this one. Meet Cleopatra ( the leopard) and her mate Saaya (the panther).Clicked by the talented and much in demand wild life photographer MITHUN HUNUGUND in the Kabini National Park in Nagarhole forest, Karnataka, India

About this capture, Mithun writes, ““I had waited six days for this in the same spot since I could hear the Black Panther and Cleopatra mating about 100 metre away in the thick undergrowth but could not see them due to limited visibility. They had made a large kill and would not move until it was over. That is where the knowledge and years of experience of following and tracking the panther came in handy. I just had to wait at one of his favourite paths since that was the place he would get her since that was the edge of his territory, and this he did after six days. It was a fruitful wait though. I could wait for six years for a moment like this,”
He further writes, “Saaya and Cleopatra have been courting since 4 years now and whenever they are together it’s a sight to behold. The forest comes alive as they trot nonchalantly in his fabled kingdom. Usually in the courting pairs generally it is the Male who takes charge and moves around with the female following close behind. But with this couple it was definitely Cleo who was in charge while the Panther followed.

This was shot on a surreal winter morning when a single Deer alarm led me to this breathtaking sight.”

Mithun has named Cleo & Saaya as ‘The Eternal Couple’. 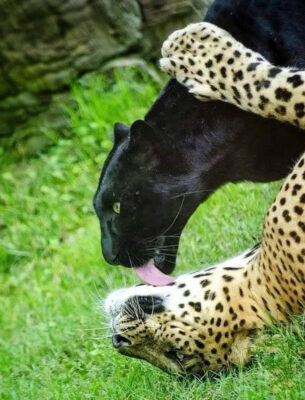 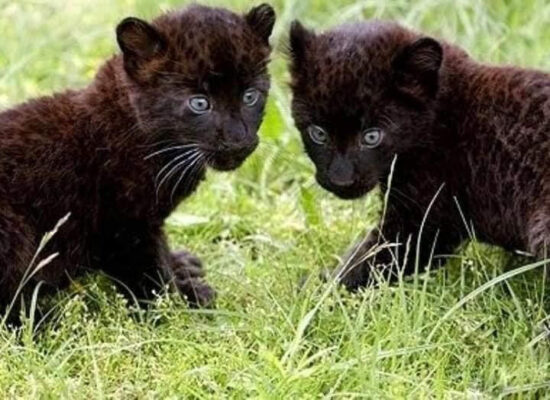 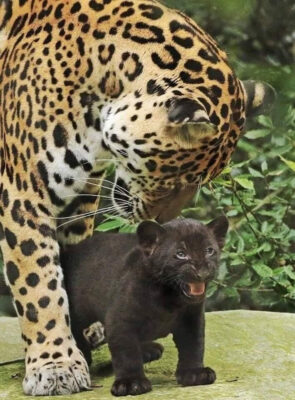 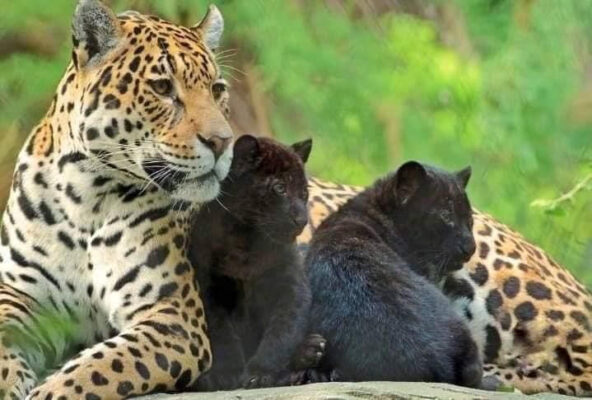