It was a long journey for Romesh de Silva PC

Attached here is the induction speech that was made by Prof. N Sampath Punchihewa, the Dean Faculty of Law University of Colombo, yesterday at the induction ceremony held at BMICH.

Mr. Romesh de Silva PC who has completed 50 years at Bar and has done a yeoman service to the Legal field and the Development of Law has been awarded an honorary Doctorate (Doctor of Laws) by the University of Colombo. 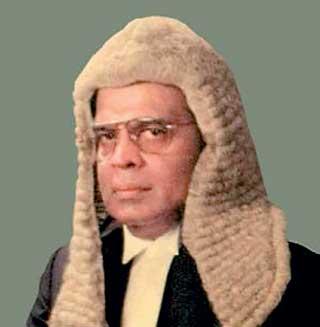 Chancellor,
It is with the greatest pleasure that I present to you for the Conferment of the degree of Doctor of Laws, Honoris Causa, Mr. Joseph Romesh de Silva, the youngest president’s Counsel ever to have been appointed in Sri Lanka and indisputably, a doyen among professionals in our country.

Having taken his oaths as an Advocate of the Supreme Court of the Republic on the 16th of June 1971, he completed the last year five decades in the practice of law. He can certainly look  back with  profound  satisfaction on a remarkable career, in  the course of which  he has  made a contribution of signal value to the development  of  our  law, the  refinement of  its seminal concepts and principles, filling in gaps to suit the needs of modern times, and  nurturing  the  law as a potent instrument for accomplishment of the public good.

Romesh de Silva has been steadfast in his pursuit of justice, without the slightest tinge of fear or favour. He counts, among his clients over the years, the most illustrious as well as the humblest in the land

Chancellor,
There are compelling reasons for the honour which this University confers on him today.  His car built on the anvil of conscience and equity, is a source of inspiration, especia1ly in  the midst of  the  widespread  cynicism  accompanying  the  breakdown  of  values  in  our  society  today.

Romesh de Silva has been steadfast in his pursuit of justice, without the slightest tinge of fear or favour. He counts, among his clients over the years, the most illustrious as well as the humblest in the land. Of him, it can truly be said that he has walked with kings and not lost the common touch. He has had no hesitation, where the cause of justice requires it, to appear pro bono and to give of his best, with no expectation of monetary reward.

Among his striking attributes is the emphatic rejection of political partisanship in any form. He has represented political leaders across the spectrum, with exemplary commitment devoid of any semblance of obligation. In doing so, he has upheld with total consistency the highest traditions of the Bar and established a refreshing threshold for professional integrity and rectitude.

An acknowledged leader of the Bar, he leaves his indelible imprint on every branch of the law. His career offers eloquent testimony to the reality that the law is not a sterile body of rules, to be applied mechanically, but a living, evolving discipline, transformational at its core, responding with perception and constantly adapting to rapidly changing social and economic circumstances. In his hands and with unrivalled acumen and intellectual sensitivity, this challenge of adaptation and renewal has been met admirably.

Quintessentially, Romesh de Silva is a Renaissance personality. He is one of the handful of legal practitioners whose role has been not merely to interpret and apply, but indeed to create, the substance of the law. He has deeply influenced the development of the law in an awesome array of fields including medical negligence, injunctive relief in labour law and the law of defamation, the contours of writ jurisdiction, the mechanics of enforcement of orders
Of the Supreme Court in Fundamental Rights litigation, and a gamut of issues going to the very heart of individual liberty.

Overall, this represents a phenomenal contribution to the laws and legal system of our country.
The call of public duty has unfailingly found in him a congenial chord. With the utmost generosity, he has given freely of his time and expertise to render yeoman service to our people.

He served as Chairman of the Committee of   Experts appointed by His Excellency the President to formulate a new Constitution for the Repub1ic, responsive to contemporary priorities, to replace the current Constitution enacted almost half a century ago. He brought a wealth of experience to bear on his work in the Law Commission of Sri Lanka, to which he gave leadership as Chairman for a sustained period of seven years. A former President of the Bar Association of Sri Lanka-the youngest to have been elected to that prestigious position- Past Chairman of the Advisory Committee on Intellectual Property and Chairman of the Company Law    Advisory Committee and the Registration of Title Advisory Committee both appointed by the Bar Association he has left the unmistakable mark of quality on the work of these vital institutions. The fame and renown of Romesh de Silva has spread far beyond our shores. This is particularly true of his forte, commercial law, reflected inter alia in his participation, as arbitrator and as counsel, in a large number of complex international arbitrations in the United Kingdom, Switzerland, Singapore and other countries. He has certainly done his country and his
profession proud.

Professional life, no less than life in any other sphere, is a flowing stream, never still or stagnant. Romesh de Silva has bequeathed to posterity an enviable reservoir of talent. At least seven President’s Counsel have derived benefit from the meticulous training which they received in his Chambers, where a firm foundation was laid for their future careers.A well-rounded personality, he excelled in both academia and sports at his alma mater, St. Joseph’s College, Colombo, where his powers of articulation and his mastery of the spoken word, were amply demonstrated in his prowess as a debater par excellence.  It is, indeed, a happy reflection that the indication of promise, manifested so early in life, has attained fulsome fruition in the span of a career which has enriched and invigorated the life of our nation.

Chancellor,
As a fitting tribute to these achievements of the rarest character, it is my privilege to present Mr. Joseph Romesh de Silva to you for conferment of the degree of Doctor of Laws, honoris causa.