The old saying“good die young”is a phrase typically used as a source of comfort to near and dear ones when a family member or a dear one dies young.Still ,”good die young’ is interpreted to express highly regarded, useful people who are morally upright ,kind and compassionate tend to die at a younger age than most people  are accustomed to.These phrases are ideal to describe the demise of Gangadari who died at  relatively young age of 49 years.Ganga was a very kind hearted lady doctor ever willing to impart her knowledge to any layman for advise, was ever willing to give a patient hearing to  listen to patients health stories.

The writer had known Ganga, husband Prabash both medical officers closely for well over a decade when the duo built and moved to a comfortable house almost in front of our dwelling adjoining ‘KalaPura” along Templers road Mt Lavinia.We two were invited to a “Pirith Chanting” ceremony as  a major part of the house warming formality. Soon we became close associates.The duo were blessed with one child a son Chandira who was evaluated by them as an extraordinarily bright student who at the age of six were able to master technology which we adults were unable to cope with. In this scenario the dup had decided to migrate ‘down under “predominantly with the intention to give Chandira a good education perhaps to follow the footsteps of the parents who are doctors.However a very pity that Ganga could not survive battling her cancer boldly to see him become a doctor.Chandira  has now almost completed his course in medicine in a University in Brisbane  where they dwell.

Ganga had met Prabash though both had passed out from the Colombo medical faculty after passing out while on duty at the  Colombo South teaching hospital.They had tied the nuptial knot on 11thJune 1998 at somewhat a glittering marriage ceremony.Ganga was a competent singer who thrill guests at parties had sung in the ITN famous “Chat N Music”program.

Our attachment to the duo became closer when on hearing the family was to migrate to Brisbane , my spouse Ranjana voluntarily offered any help from her younger brother by profession a Highways engineer who had been in Brisbane for nearly three decades.The duo were posted to a surgery in Bundaberg   a somewhat of a rural city approximately 400 kilometres from the city of Brisbane. After studying while practicing both had hurdled over the obstacles in passing the related medical examinations were able to come towards the city purely to fulfill their aspiration in giving the only son a better education.

During this period Ganga was diagnosed with cancer.As Ganga as  a very inspiring individual had taken all required medical procedures to combat her cancer which was spreading fast she was adamant to combat all challenges knowing well the medical procedures.She was courageous not losing hope, survival was foremost in her mind. We as close family friends as all her relatives and friends were deeply concerned in knowing her stance,Once she uttered I am losing one organ from my body.When the cancer had spread to her adrenalin glands she quipped that doctors in Brisbane had refused to remove.But after speaking to many hospitals one surgeon in Melbourne had accepted to remove her ‘adrenalin “ glands,. But quite often various other ailments used to prop up.But on 4th March 2019 she breathed her last which made many of her family members ,friends in enormous numbers to weep,During the time of her prolonged battle to survive several family members of Ganga visited to be buy her side in spells which was a tower of strength to Prabash and son Chandira..

Gaga had been a devout Buddhist practicing the precepts of Lord Buddha to the brim, offering alms to temples at intervals to invoke blessings to all.While she was living she had vowed to Prabash and family to donate as much as possible to sasana.To commemorate her birthday the family led by Prabash used to donate money to known temples lavishly to invoke blessing on her which was her prime wish to make her journey through samsara a swift and short.

The family members Prabash in particular donates lavishly to invoke blessing on Ganga. 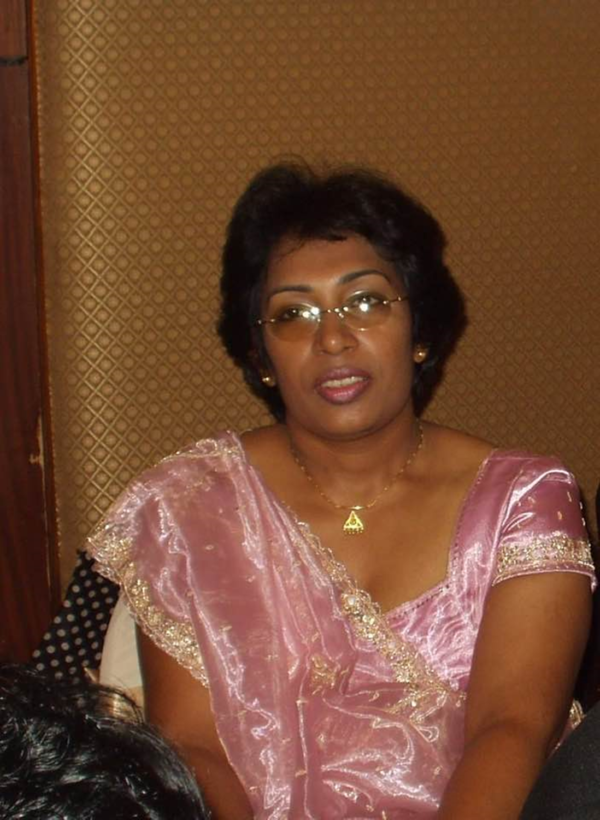 ey used to arrange to donate artificial limbs below the knees, offering alms,gilam pasa to Bikkus and donating lavishly cash at ceremonies at Bikku Health Care Monastery at Horana.Also to invoke blessing to Ganga Dharma Deshana was arranged at Rangiri Dambulu Ariya Chinthasramaya also arranged to listen via you tube on bhavana Avabodaya channel.It is learnt that as Ganga’s wish a “Chudamanikya” for the Bakkula Maha Seya  in Horana was made at a huge cost for devotees to worship,

Ganga is remembered each month and particularly on every 4th march where a well organised alms giving is offered to Bikkus at her residence to invoke blessings and merits praying that her journey through samsara be short and swift.It is needless to emphasise that the void created by the demise of  Ganga is irreparable which could never be substituted. However the cherished memories will linger on for ever. 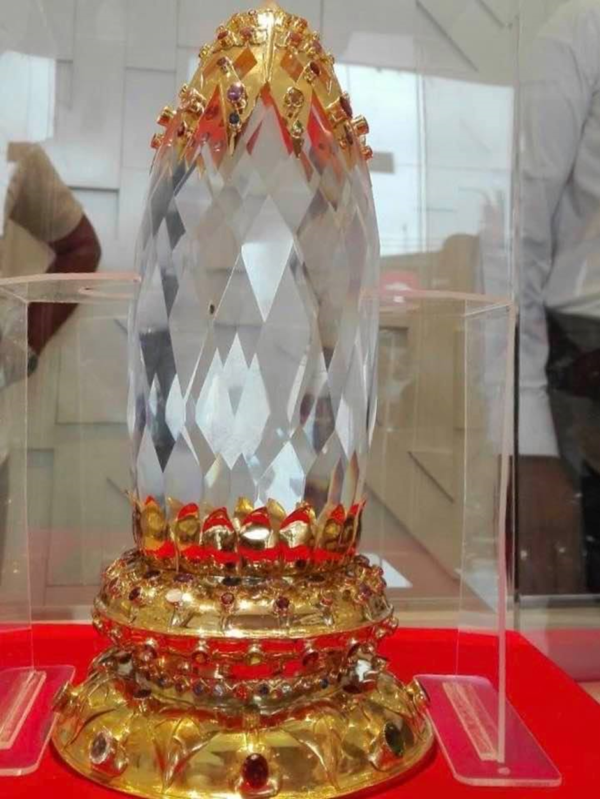