“LEGENDS OF LANKA” – By Des Kelly

While we can “boast” many “Legends of Lanka” both past and present, Legends in almost every field of Endeavour, there would also have to be the journalistic “Legends” to write about all the  singular achievements of these people, and today, I would like to introduce a Lankan Journalist who has really “been there & done that”. To “face-book” fans, he needs no introduction at all. He makes his “comments” regularly on F.B., pulls no punches, with articulate abandon, and, best of all, (for me), is a personal friend.

I speak to Joe Vanlangenberg often and never fail to be amazed by the fact that there is hardly a single Vocalist, Male or Female, Group, Band, or Music Conglomeration that Joe isn’t familiar with. This particular article goes back to the days of Donavan Andree, Entrepreneur Extraordinaire, in old Ceylon, as we knew it. I have just received this very interesting e’mail from another friend in Melbourne, named Prasanna Mendis, and feel proud and privileged to present it to all Lankans & especially to more than 20.000 members of eLanka, the reason being, “Memories are made of this”

Here it is, folks. “Lifeblood Of Sri Lanka’s Music Industry, 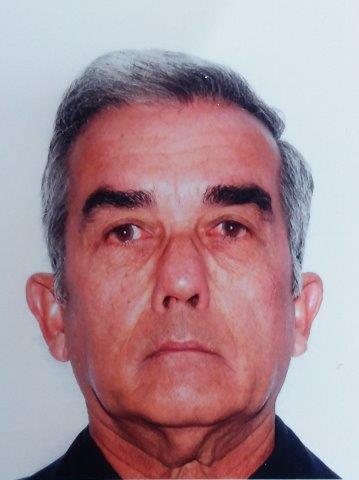 Walking down the musical corridors, while turning back the pages of time, it’s amazing to listen to melodious sounds of bygone eras, resonating through the nooks and crannies of its sacred precincts.

From the outset, it needs to be pointed out, that names of musicians stipulated below, have been listed in no particular order of importance. Any other names omitted, have been unintentional and is in no way meant to either upstage, or marginalize any performer. Every artiste, regardless of his or her experience, is the lifeblood of the industry.

Over the passing decades, there have been quite a few, who have gone that extra mile, to nurture and promote our music industry. Rest assured, their efforts haven’t gone unnoticed.

Nevertheless, there was one gentleman who outshone everyone else; one whose name has been written in letters of gold. Fondly and gratefully remembered even today, was showman beyond compare, Donovan Andree.

The spectacular “Three clubs” owned by Mr. Andree, was located in the heart of Bambalapitiya. Initially a gaming centre, it was later turned into a virtual mecca for gifted musicians, endeavouring to make it to the big time.

Donovan, been one to spot talent, wasted no time snapping up artistes such as Clifford “Cliff” Foenander, Bill Forbes, Desmond “Des” Kelly and Dallas Achilles, to name just four. They were young, fresh-faced and ready to go; just what the Great Man required. And the rest as they say is history. 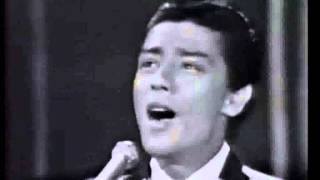 Cliff Foenander became the frontman for the “Echoes”, an Indonesian-based group, which dominated international charts, in the teeth of stiff competition from brothers Rudy & Rein, of “Blue Diamonds” fame.

This was during the young and carefree days of the heady sixties, when Sri Lanka’s music industry was in its somewhat infant stages.

Former petrol pump attendant Bill Forbes rose to stardom with “Acha England” a deliriously pulsating hit about English beer and Yorkshire pudding. In a relatively spot-on South Asian accent, it is a number which still titillates the musical taste buds of many, even in this day and age.

“Believe in me” and “God’s little acre”, were two more of Bill’s, receiving ticks of approval. 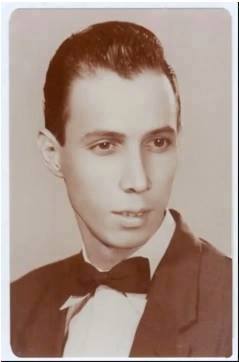 Desmond “Des” Kelly of “Dreamworld” fame, was yet another who owed his success to Mr. Andree. The navy lad, who through sheer guts and determination, rose to the pinnacle of success, continues to shine, offering advice to many, holding him in the highest esteem.

In addition to being a versatile singer who has collaborated with the cream of the crop, Des is a competent instrumentalist. 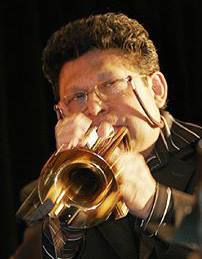 Dallas Achilles, affectionately dubbed “Houndog”, by virtue of his perfect rendition of Elvis’ mega hit, was another to have made the grade. Donovan was the complete package. He moulded Erin de Selfa, who consequently gained prominence with her sultry vocals. Erin later became Donovan’s life’s partner.

The Great Master’s achievements were colossal and diverse. “Holiday on Ice” featuring skating greats and musical giants of the day, was his brainchild.

Then, there were the “Orchid Girls” an ensemble of tantalizingly-clad dancers, who thrilled patrons beyond their wildest expectations.

He also made Tony Brent (who in song extolled the virtues of “Cindy” the girl of his dreams) the headline act, in one of his many musical extravaganzas.

Kelaart sisters Erin and Erma were two artistes who held audiences spellbound, with their renditions of Connie Francis’ “You got me under your spell again” and “Stupid Cupid”

Making their foray into the music arena, at almost the same time, were Sohan & The Experiments, Manilal & Upekha, Gabo & the Breakaways. Sohan, who was regarded as the “Godfather” of local musos, later in his career, formed the Sri Lanka Association of Musicians (SLAM), aimed at helping fellow artistes going through rough trots.

Regrettably, despite an impressive head start, it fizzled out, due to unforeseen circumstances.

Gabo remains no longer a part of the industry. He runs a reputed travel firm, but will always be remembered, for touching peoples’ lives with his inspirational music.

Steve de Silva, son of Desmond, was another young artiste with the world at his feet. Kick-starting his career with “Burn”, he later formed his own clan “Go Public”. Unfortunately, this once-bubbly guy lost his battle with cancer.

Who can possibly forget Harold Seneviratne and Mario Manricks, two elder musical statesmen, who dished out a brand of champagne music, as only they could?

Nimal Mendis was an illustrious student of music, who later turned to composing. “Kandyan Express” was just one of his many success stories.

Nonetheless, he owes his brilliance in greater part, to drummer Adrian Ferdinands.

Sister Noeline, who wed Kenneth Honter, was a multi-talented nightingale, who besides her vocal skills, went on to become an accomplished journalist, newsreader and musical mentor.

“Priya Entertainments”, a weekly musical feature held at the “Atlanta Club” in Kollupitiya (Colombo3), highlighted some of the country’s future potential trailblazers. The star-studded show organized by business magnate Mubarak Thaha, continued to hold sway for many years.

Amongst a host of many others, were calypso legend King Kali, Maxwell Mendis, Arthur Speldewinde, Denis Roberts, Jimmy Weerasinghe, Latiff “Papa” Miskin and his son Ahmed, who was undoubtedly Sri Lanka’s answer to Jim Reeves.

Tragically, his life was snuffed out at the young age of 35. 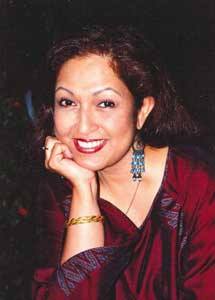 Many others like Budrin Musafer, Sohan Pieries and Conrad de Silva, to name a few, shared the vocal spotlight, in addition to Mignonne, who later turned to full-time composing.

Her song “Mangala Motha” won her international acclaim, resulting in her clinching a prestigious award at the Japan Song Festival.

Then, came in golden boy Ishan Bahar, a flamboyantly-charismatic entertainer, who was able to feel the pulse of the most demanding audience, at any given time.

Ishan was, without a doubt, one of the most versatile and exciting singers of his generation. He has now passed on the baton to his son Ricardo.

Other big names like Raj Senewiratne & The Savages with Dalreen who proceeded to war-ravaged Vietnam to entertain the troops, Alston Koch, Joey Lewis, Hussain Jiffry and Brian Feltman also come to mind.

Few can forget Keerthi’s “Excursion 1V”, a rock concert amongst many others, highlighting hits from the repertoire of Black Sabbath, Jethro Tull, Iron Maiden and Deep Purple.

During their heyday, the “L Brothers” Lucien and Lennie, were very much in demand, following in the musical footsteps of their idols, Phil and Don Everley.

It will be unfair should no mention be made of Clarence Wijewardena, Mariazelle Goonetileka, Dharmaratne brothers, Victor Ratnayake, H.R. Jothjipala, Latha Walpola and Nanda Malini.

The early nineties paved way for many bands to stamp their personal identity.

One of the first to make the most of this opportunity was Peter Almeida’s 20th Century, closely followed by Sunil Perera’s Gypsies, rock revivalist couple Prasanna and Thusila, balladeer Lorenz Oorloff, guitarists Derrick Wickremaratne and Ghazali Ahmet, not forgetting Duncan Clyde.

M.S. Fernando, otherwise called “Master Sir”, was another of repute. So was A.E. Manoharan, W.D. Amaradeva and Victor Ratnayake, just to name a few who were maestros in their own right.

He was respected by a litany of performers, many of whom cut their musical teeth, under his tutelage.

“I’m catching fish”, was an English hit, which was a cross between reggae and baila.

We were also fortunate to have had four decades of Clair Croner, an accordionist of impeccable quality.

Sohan, Manilal, Desmond, Corinne, Ronnie and Misty, perform regular gigs Down Under and show no signs of slowing down any time soon.

Our Motherland needs entertainers of this calibre, ones who keep the national flag flying high, while ensuring the wannabees are well groomed for the future. The show has to go on.

To all of them we say, Thank You for the music and the golden memories. You have done yourselves proud.

To the friends we lost along the way, may you rest in peace. It was great as it lasted. 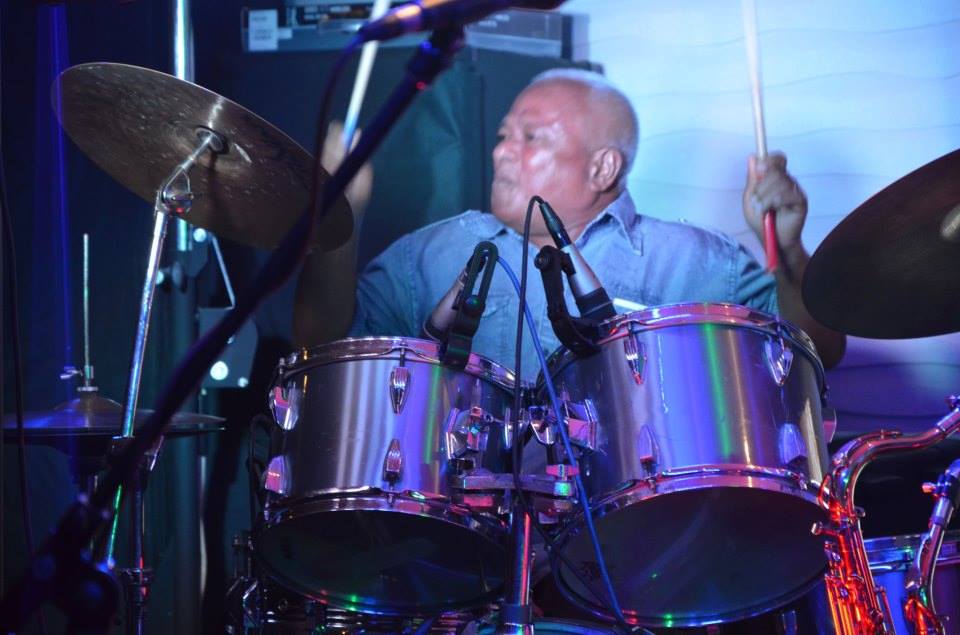