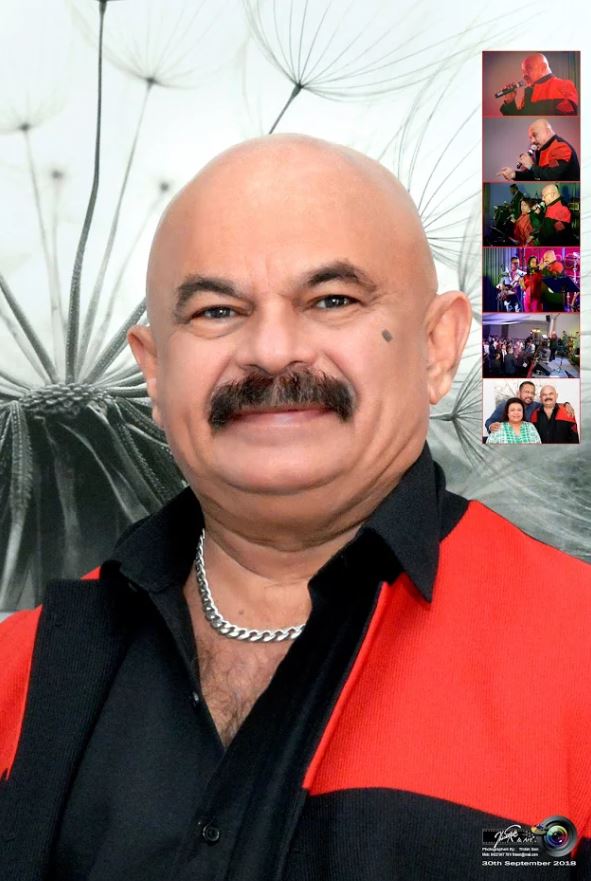 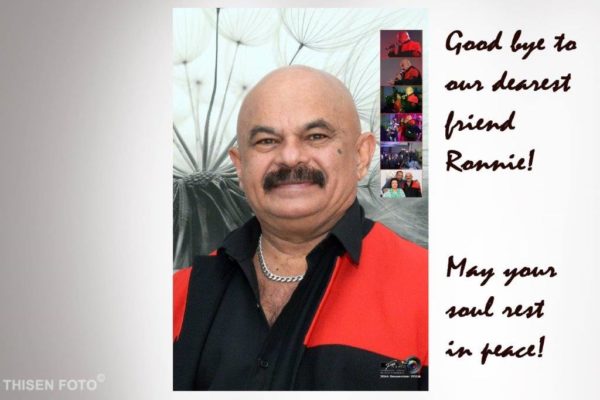 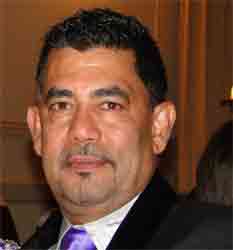 The tragic passing of iconic Ronnie Leitch the night after he and fellow artiste Mariazelle Goonetilleke had vowed the Old Anandians in Perth has sent ripples through the music industry in Sri Lanka and added to it an outpouring of shock and grief among his countless fellow musicians and adoring fans.

Ronnie Leitch suffered a massive heart attack in the early hours of Sunday morning on October 1, hours after he and Mariazelle had entertained a mammoth crowd in Perth, hosted by the Ananda College Old boys Association. He was 65.

The talented performer left this world on a high and how many other artisteS would love to go, after another thrilling and most entertaining performance much like most of them he delivered for over four decades.

Ronnie Leitch won himself thousands of fans in Sri Lanka and around the globe for his multi-talented ability to sing, act and play the consummate comedian skyrocketing himself from humble beginnings as a young aspiring musician from Dehiwala, to become an icon of the Sri Lankan music industry.

My memories of him are filled with nostalgia particularly as a young lad where he made friends easily because of his open affable nature and his ability to connect with anyone through his sharp wit and the universal language of music. As aspiring young men, (some of us wannabes), we sang at Talent contests in Sri Lanka with such current great names as Geoffrey Fernando, Ben Nathanielsz and several others at the time. But my fondest memory of him was when he used to door knock Desmond Foulstone and I at our home in Quarry Road Dehiwala and invite us to join him and sing at Min Madura, a restaurant at the Dehiwala Zoo. Our fee, free booze and dinner. And oh, were we happy to oblige him.

He attended Arethusa College in Welalawatte but being a boy from Dehiwala, he had friends from all schools mainly St. Mary’s College and those he hung out with at Christ Church in Dehiwala, a place of worship he continued to attend to this day.

He had no limit to his repertoire starting off as a English singer then latching on to Sinhala, Tamil and Hindi music with the ease of a true professional while receiving an early boost from many established legends of today such as Sunil Perera and the Gypsies, Sohan Weerasinghe and the X’Periments, Corrine Almeida, Dalreen Suby, Desmond De Silva, and several other top musicians before finding his own direction and establishing his own image as Thattaya, (Bald man) which made him a household name in Sri Lanka and his ardent followers around the globe.

What made Ronnie a standout from many great performers was his selflessness and empathy for anyone, in fact everyone, judging the many reminisces I was able to gather since his passing. He never spoke about payment for performing said Melantha Perera, formerly of the band Mirage and now music tutor at the Riversheen Music School. If the event was for charity, he would accept a bare minimum or offer his service at no cost. This sentiment was echoed by one of his co-actors on the Sri Lanka TV channel ADA DAVASA who interviewed a visibly shaken Mariazelle Goonetilleke no sooner she returned to Sri Lanka as she tearfully recounted her harrowing ordeal. It was she that found him deceased on the morning of his passing.

Singing soon became only a single medium for him as producers soon discovered his sharp wit and acting skills to be an added attraction to his vocal ability. It started a journey that blossomed into one that will live forever in Sri Lankan folklore as Ronnie Leitch cut a niche for himself in the hearts and minds of people from every walk of life especially during the civil unrest in the country which proved to be a welcome distraction from the fear and trepidation which gripped the nation at the time.

As his popularity grew Ronnie Leitch, a burgher by descent, soon captured almost every music buff, especially those into Sinhala musical comedy, more for his originality and versatility than others who have gained immortality among music lovers in Sri Lanka. He was rubbing shoulders with those before him such as M.S. Fernando, Sunil Perera and the Gypsies and several others who provided hilarious compositions to the lighter side of Sinhala music.

A simple conversation with him would unravel the characteristic nature he dispossessed laced with hidden connotations and rib tickling humour which made it hard to walk away from him. His aura was indeed magnetic.

Tributes flowed like a river bursting its banks from around Sri Lanka and the globe because there is almost no one in music who did not know him.

Joey Lewis, now residing in England, paid glowing tributes to his childhood buddy as did Rukshan Perera who composed a song to fit his passing. Other icons such as Annesley Malawana, Chandral Fonseka, Melantha Perera, his co-partner on the Australian tour, Mariazelle Goonetilleke, Desmond De Silva and hundreds of fellow musicians took to social media to voice their shock, sadness and disbelief at his sudden demise especially in the prime of his illustrious career.

My photographer mate from The Sun/Weekend newspapers in Sri Lanka, Thilak Seneviratne, a close friend of Ronnie over many decades and one of the last people to capture his final performance in Perth had this to say:

“My dearest friend Ronnie, I never thought this was going to be the final portrait photograph in your life. You left all of us within a couple of hours after this photo was taken.

We used to meet very often in good old days, either after a musical show or a wedding reception in Sri Lanka. You and I were so pleased that we met again on the 27th of September at “Marrons Night-2018”, that is after 20 years of long time and you decided to celebrate it soon, before you were going on to the stage with Mariazelle.

When I met you yesterday, you were so excited to see your 94 year old aunt who lives in Perth. Your words are still echoing in my ears…” Machang, she is 94 years old, so it is good for me to go and see her before its too late…I might not see her again” …I really thought you were trying to convey a different message to me…because your Aunt has lived a good life…but I now understand that you knew about your secret journey…but still I ask myself, then why you made a promise to carry some of my equipment, when Maria proposed to bring them alone with you’ll when visiting Ozi again in December. I always remember the last drink that we had together to celebrate our friendship, even though we both have given up taking high spirits many moons ago.We love you my dearest friend…God bless your soul and do rest in peace buddy!!

In Melbourne top musicians such as Esric Jackson, Ben Nathanielsz, Ash Jayasinha, Sonali Lindsay, Cherrie Chamari, Shyane Fernando expressed sorrow and grief at his sudden departure from the music world. Some of them had performed with him during his last visit to Australia and spoke of his joviality and lighthearted nature.

Ronnie Leitch was laid to rest in the surroundings he was so familiar with, ‘Galkissa Cemetry’, in Mount Lavinia after a funeral service in the church he always attended, Christ Church Dehiwala. He will undoubtedly be an asset to the heavenly choir that had several recent iconic inclusions. 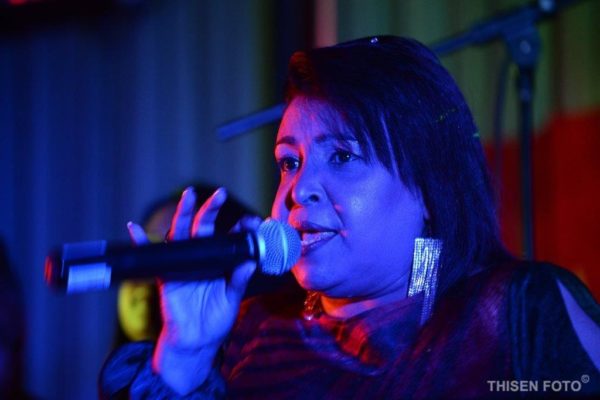 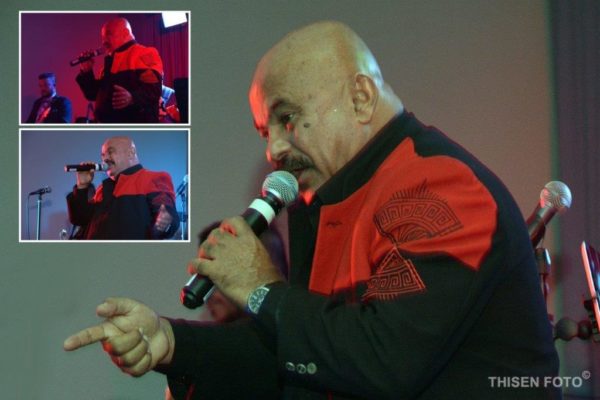 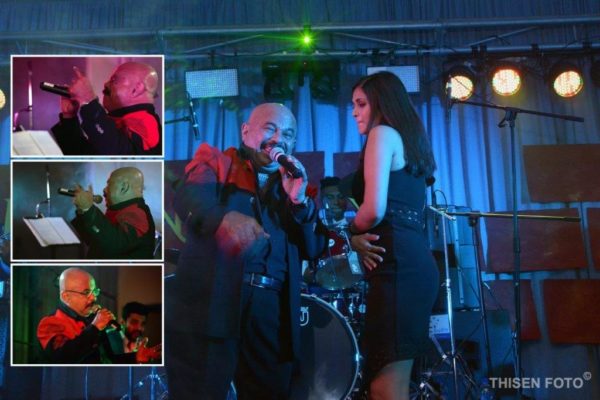 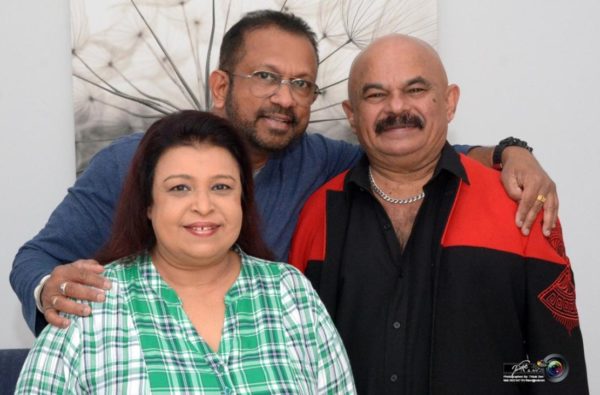