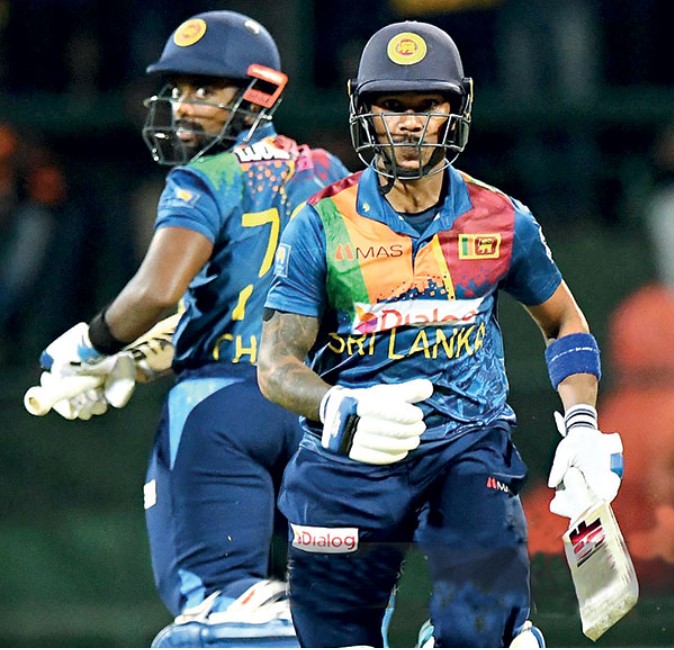 Cynics had dismissed Roy Dias as old school and didn’t give him the credit that he deserved as Sri Lanka Under – 19 won an ODI and unofficial Test series in England in 2016 but when you look at the players he groomed as the nation’s under-19 coach some five years ago, there’s something special about them.

There’s Wanindu Hasaranga, who is a star in the world stage already and there are several others who could go on the same way. Within 48 hours this week, Pathum Nissanka and Charith Asalanka scored their maiden ODI hundreds and match winning ones too as Sri Lanka buried the Aussies recording a come from behind series win.

Not just the trio of Nissanka, Asalanka and Hasaranga but many boys who came through the under-19 team which Roy looked after have made an impact early in their careers. There’s Asitha Fernando and Praveen Jayawickrama who have come up with match winning performances in Test match cricket while Lahiru Kumara and Avishka Fernando have had their moments in limited overs cricket. There’s also Kamindu Mendis and although he’s yet to make an impact, there aren’t many youngsters around with his leadership skills.

From Roy what you get is not just sound advice on batting technique. There’s much more to his coaching like how a cricketer should carry himself and if he puts in the hard yards and remained grounded there are endless opportunities in the game. Roy’s methods have worked and five years since they have passed on from the Under-19 team, they are delivering at the biggest stage as Sri Lanka created a huge upset beating the Australians with a game to spare.

There’s been never a doubt about Roy’s coaching skills. He was Sri Lanka Head Coach when Arjuna Ranatunga’s side created history by winning the nation’s first ever Test match in England in 1998. Roy doesn’t seek the limelight and he is determinedly low profile hardly appearing in television talk shows or press interviews. He is happy for his players to take all the credit and move on. While we look for coaches from overseas to take charge of the national teams, locals like Roy never get their due recognition. Another capable person by the name of Duleep Mendis has moved on and he has done wonders with Oman cricket. Glad Roy decided to remain with the Under-19 players rather than move out.

Lot of fans are aware that Rahul Dravid developed some terrific young players during his time as India Under-19 coach, but not much of appreciation is given to Roy for what he has done.

This series against Australia has been a hard fought one and Sri Lanka’s young side put up a tremendous performance to clinch the series with a game to spare. In every game, they were put under pressure by a side that was far superior on paper. But several young players have come up with match winning performances and Sri Lanka’s stocks in white ball cricket are rising.

The series win is unlikely to earn Sri Lanka automatic qualification for next year’s World Cup. But the improved performance will help them to climb up the rankings and that augurs well moving forward.