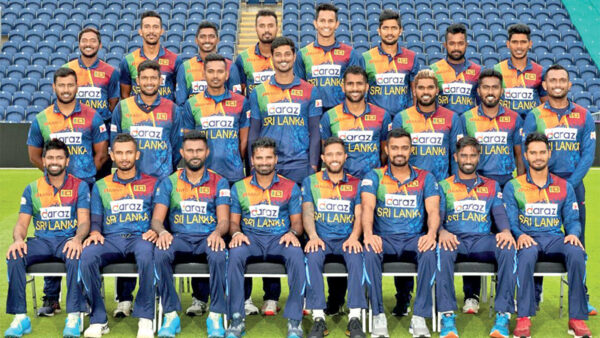 Former Captain Kumar Sangakkara said that since winning the World Cup in 1996, the Sri Lankan players have been held back by administrative upheaval and archaic systems where everyone is extremely resistant to change.

Sangakarra who was inducted into the ICC Hall of Fame recently, believes his country has now been surpassed by other cricketing nations and now is the ‘time to draw a line and say it’s enough.’

The President of MCC, who is currently in the commentary panel in England, made these observations during a television interview on Thursday. “There have been so many generations of cricketers over the years who have done wonderful service to the game, raising the profile of the game and also the country through their exploits.”

“The current set of cricketers are no different and they have that same ambition and the burning passion for the game and they are proud of representing their country. But unfortunately they have been held back a lot,” Sangakkara revealed.

“One is the upheavals of the administration over the years and also the archaic system where everyone is extremely resistant to change from a very selfish perspective and has nothing to do with improving Sri Lankan cricket.”

“I have heard arguments saying we won a World Cup in 1996 and with this system why should we change? Other countries have surpassed us and passed us in terms of refinements they have made to their domestic cricketing structure, their First-Class structure and the selection policies.”

“It is time now to change and we see as a result the negative effect it had on our players and their development. It is now time to draw a line and say it’s enough and we have to change,” he commented.

“It is not about a system or brief of a select few whose ideas are the only ones that count. Even if they can be wrong, it’s about doing your best for your country in terms of having the best system to filter through the best finished cricketers to represent the country.”

“I think it is time that we forget rivalries, forget all these different camps, forget whose for what, whether you get on with people or not,” Sangakkara appealed.

“I think the real question is what can we do if we truly love cricket, if we truly love Sri Lankan cricket and Sri Lanka and if we want our team to be the best, how could we all put aside the differences and contribute to that.”

“And that question should be answered now because the longer we drag this out the worse it would be for the Sri Lankan side and for Sri Lankan players.”

“Unfortunately when the Sri Lankan players don’t do well, it doesn’t matter the reasons are, the fingers are pointed at the players and I feel very sad and upset over that,” he lamented.

“I know the talent and the potential they have and I know the sacrifices they make and I know the ambition and the drive and the passion they have for playing cricket for Sri Lanka and for bringing back what we call the glory days.” “They can be so much better than we ever were and we have to give them every opportunity to do that and so hopefully we can,” Sangakkara added.